Walking in the Lincolnshire Wolds and Louth

Mark Bibby Jackson goes on walking in the Lincolnshire Wolds on the hottest day of the UK summer and finds sanctuary in Louth. 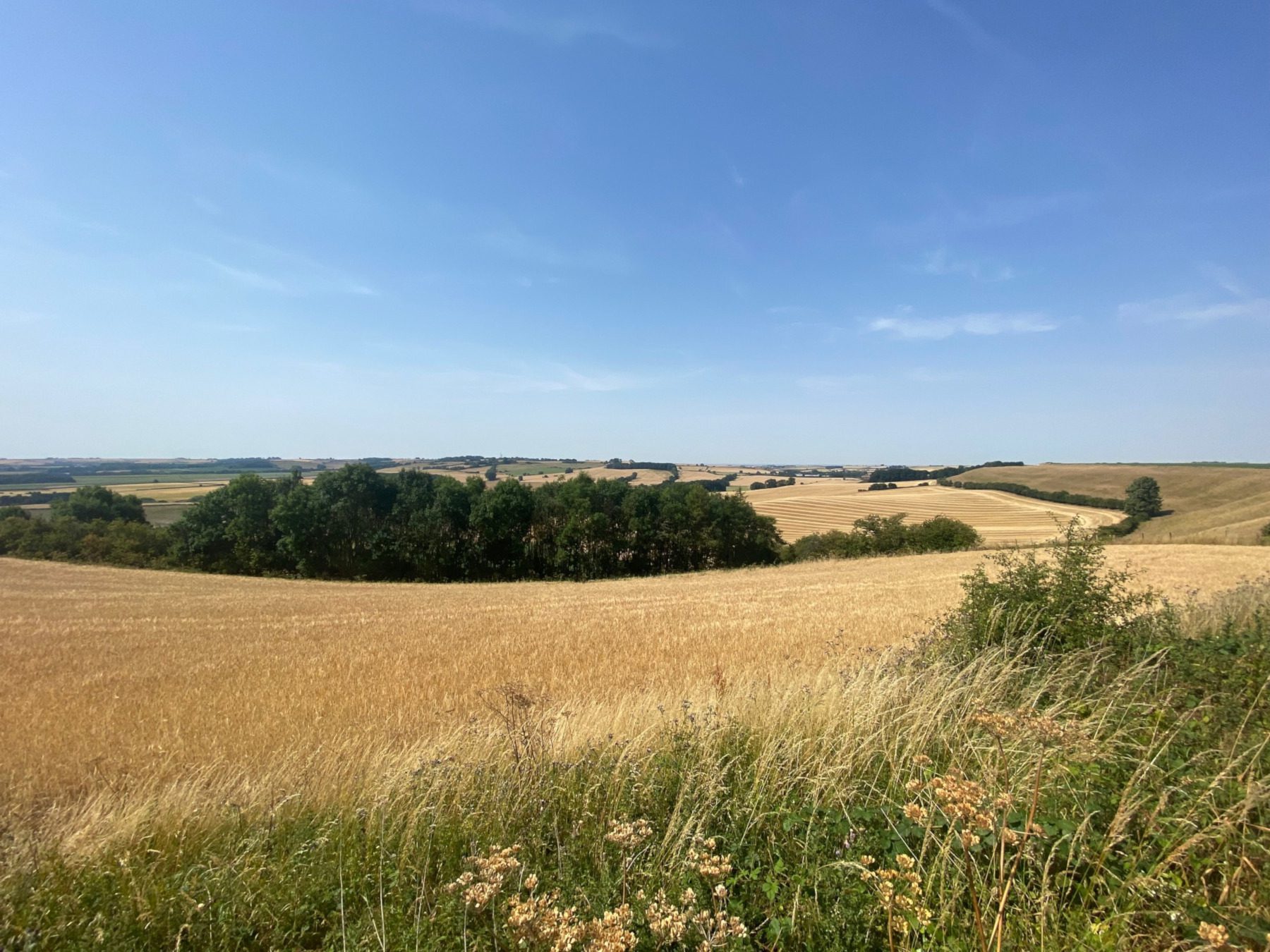 Walking in the Lincolnshire Wolds and Louth

Mark Bibby Jackson goes walking in the Lincolnshire Wolds on the hottest day of the UK summer and finds sanctuary in Louth.

“March or Die,” echoed through my ears as I continued my lonesome trek along the beach from the North Sea Observatory on the Lincolnshire coastline. It was the hottest day of the year – to be surpassed the following day – and I had elected to go walking in Lincolnshire – one of the hottest spots in the country. Eventually I stumbled across not an oasis but the Chapel Six Marches, a former clay quarry that had been converted into a nature reserve in the 1950s. The abundance of natural flora and fauna demonstrates regenerative tourism in action, even before the phrase was invented.

With the temperatures hovering just below 40C I soon aborted all thoughts of continuing my trek in preference for the dousing waters of the North Sea.

My dereliction of duty was soon rewarded as I saw a seal pop its head out of the waters as if to say hello. Retreating to the beach to find my Swarovski Optik binoculars I was able to detect the lonesome seal once again a few hundred metres away. I wanted to call out and declare my spot but there was nobody close enough to hear me on the empty golden sands – only mad seals and Englishmen apparently.

The North Sea Observatory offers all-year-round facilities for those enjoying a nice stroll along the beach. The building includes information and exhibitions on the local area’s rich natural history, an art space, a café and public toilets, and serves as an impressive gateway to the Coastal Country Park.

Stationed there are members of the National Coastwatch Institution a voluntary organisation which keeps a watch in our seas – I’m not sure if they spotted my seal. Apparently, November is the best time to see seals.

The observatory is a wonderful place to hide from the wind rain or intense sun, as my companion discovered.

For lunch we drove along the coast towards Sutton-on-the-Sea, where we had a pleasant lunch in the Ice Rock Café just across the road from the Bacchus Hotel which was established in 1691 and claims to be the first UK Net Zero Hotel.

Sutton-on-Sea is a pleasant resort with a wonderful beach, but by now I was feeling a bit beached-out and with the temperature still rising we decided to head back to our cottage.

Thankfully we had booked into Church Farm in the tiny village of Legbourne a few miles outside of Louth. The previous evening we had sat in the beautiful gardens and looked across the fields where the sheep were peacefully munching away, before having a meal in the small yard at the back of the cottage with provisions bought at the village shop.

After recuperating in our cottage we headed out for dinner at the Royal Oak Inn in the nearby village of Little Cawthorpe. The Royal Oak is also called The Splash, and as you approach it driving through a weir it is clear to see why. Fortunately the waters were low, sufficient to wash our tyres rather than flood the engine, and we were able to proceed to the pub for a very pleasant dinner. The Splash is a delightful pub with a large garden utilised to the full given the heatwave we experienced.

The following morning we revisited Louth. On our first evening we had popped in for a pint in Ye Olde Whyte Swanne, which dates back to 1612 long before Samuel Johnson wrote the first dictionary. Here we were warmly welcomed by managers Neil and Dawn Bunch, and had a drink in its pleasant beer yard.

On that visit the town was quiet – it was a late Sunday afternoon – but this morning as I parked close to St James’ Church, there was a buzz about the market town that was mentioned in the Doomsday Book. The Church is renowned for having the largest steeple (87.63 metres) of any parish church in Britain. It was built in the 15th century, although the first monastery on this site dates back to 690.

It is a striking building, and in addition to the steeple the roof is particularly impressive. It is also steeped in history as it was here that the Lincolnshire Rising against Henry VIII started in 1536. Nowadays, it hosts the Lincoln Mystery Plays in the summer, along with Lincoln Cathedral, and other nearby churches.

The cobbled streets around the church reminded me of York, where I went to university. But Louth is much more manageable than its northern neighbour, and free from tourists. In addition to the church, the centre of the town around the Market Place is well worth a gentle stroll. I found myself drawn to Pocklingtons Bakery which has produced its traditional Lincolnshire Plumbread since the 1920s. It really is quite delicious.

The other standout building is the Louth Playhouse cinema, which opened in 1929 in a former chapel although the façade was built in 1935. Louth really is a lovely little town and well worth a visit.

Walking in the Lincolnshire Wolds AONB

The main reason for my visit to the area was to go walking in the Lincolnshire Wolds, which was declared an area of outstanding beauty in 1973, and apart from my brief audition for the French Foreign Legion I had singularly failed to do much walking on the trip. The previous year I had walked in the Yorkshire Wolds in the footsteps of David Hockney, so I was familiar with the rolling countryside.

Determined to walk along the Lincolnshire Wolds, after our brief dip into Louth I headed to Belchford, one of the many delightful Lincolnshire Wolds villages, for a circular walk starting from the Church of St Peter and St Paul. This is the perfect starting point for any walk with tea, coffee and water – as well as chocolates – available for walkers on an honesty system. They even have dog biscuits.

Having topped up my water bottle, I set off along the Viking Way towards Fullerby. Sadly, I have to admit that with midday approaching and temperatures rising even higher than the previous day, I soon realised the foolhardiness of my venture returning to the sanctuary of the church within an hour. The French Foreign Legion will have to wait.

Lincolnshire Wolds Things to Do

The Famous Tour Across the UK: Everything You Need to Know