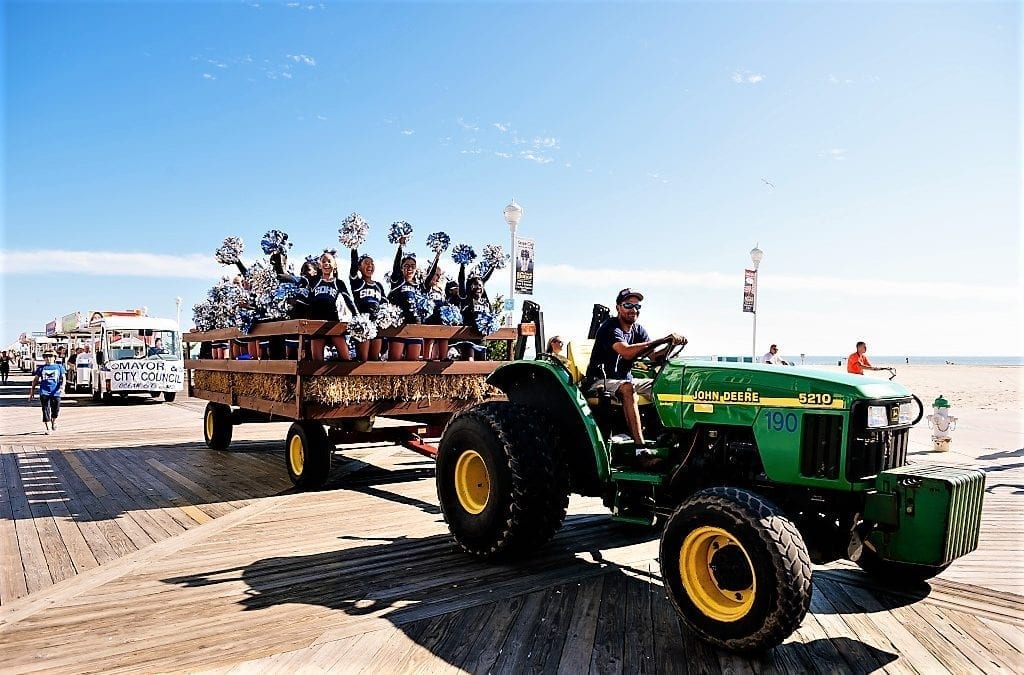 Travellers to the US’s East Coast might well head straight for the Big Apple or Boston, or perhaps pop in on Donald and chums in DC, but if you are looking for something a bit different, then why not try some festivals in Baltimore or Maryland this Autumn.

Here are our pick of the festivals in Baltimore and Maryland from August to October.

From 2018 to 2020, Salisbury, Maryland will host the National Folk Festival (26 to 28 August), the longest-running multicultural traditional arts celebration in the US. Multiple stages will provide music and dance, traditional crafts, storytelling, regional cuisine, parades and demonstrations. Free to enter, the outdoor event introduces festival goers to traditional musicians and dancers, as well as other cultural custodians.

Ocean City, Maryland, says goodbye to summer in a spectacular four-day, free beach festival (20 to 23 October). SunFest opens with a boardwalk parade and concludes with a massive end-of-summer concert, as well as hayrides on the beach, and what organisers claim is the best seafood on the planet.

Held around the anniversary of the death of the poet in Baltimore (8 to 9 October), the International Edgar Allan Poe Festival is a free event spread over two days with Poe-inspired performances and art. Celebrating Poe’s life and the important role he played in the arts, the festival takes place just across the street from his former house, which has been turned into a museum.

Now in its nineteenth year, the Baltimore Running Festival (15 October) is regarded as one of the best running events on the East Coast. Races range from a 5k to the full Baltimore Marathon. All the races conclude at the stunning Inner Harbour, where the celebration visit hosts live music and food, as well as restorative drinks.

The US Oyster Festival is now into its 56th year. Celebrate the opening of the oyster season in St Mary’s County from 15 to 16 October, with the US National Oyster Shucking Championships and the National Oyster Cook-Off.

Hotels in Baltimore and Maryland

If you are looking to book accommodation in Baltimore or Maryland during the period, why not try our hotel booking page, which scours all the best hotel – and flight – booking sites so that you don’t have to:

For more information on festivals in Baltimore

For more information on things to do in Maryland