Mark Bibby Jackson leaves Arras and takes the short train ride to Lille Flandres, one of the host destinations for the Rugby World Cup 2023. 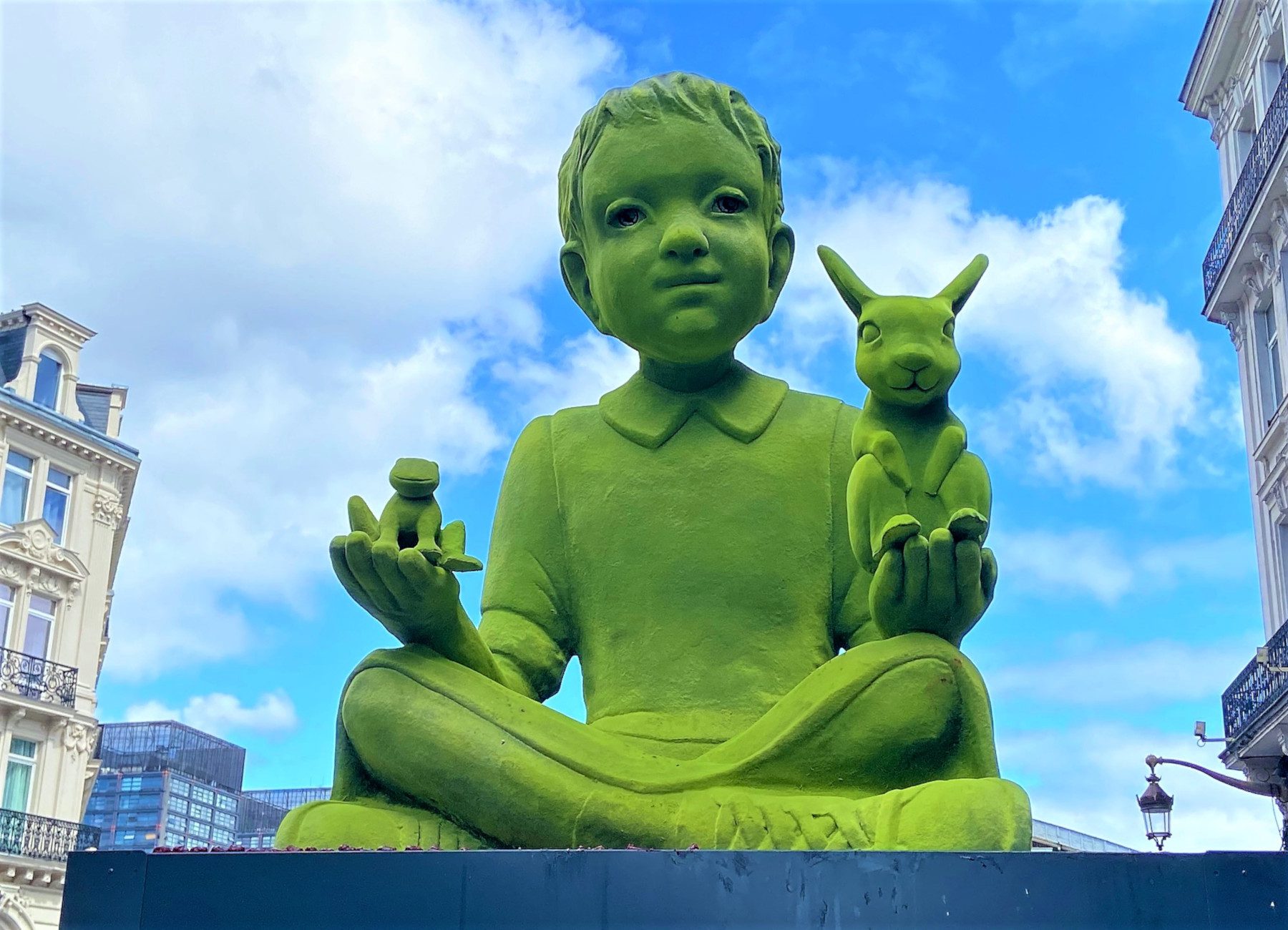 Continuing his journey through northern France, Mark Bibby Jackson leaves Arras and takes the short train ride to Lille Flandres station, to visit one of the host destinations for the Rugby World Cup 2023.

Lille is known as the Capital of Beer in France. At least it is according to Aurélie, my guide at L’échapée bière, who took me on a tour of the city and its best craft beer. In the middle ages there were five breweries in the city, she informs me.

I had visited Lille once before on return from a visit to Kortrijk, so I was already familiar with the beauty of the city. However, Aurélie was able to fill in some of the gaps for me.

One of the interesting aspects to Lille is the mix of architectural styles. For instance the Stock Exchange (Bourse) is traditional Flemish, built in the 17th century, with a second-hand book market inside it. There is also a statue to Louis Pasteur, who was at Lille when he discovered the role of yeast in making beer.

The Bourse is regarded by many as the most beautiful building in Lille. This contrasts with the Brutalist exterior to the Cathedral, and the French Flemish architectural style of buildings such as the Moulin D’Or, a restaurant opposite the impressive Opera House.

Aurélie’s tour continued past the theatre which dates back to 1770, and La Voix Du Nord, a beautiful 1930s Art Deco with a Flemish façade – perhaps my favourite building in Lille – and on to the site of the Burgundy Palace built in the 15th century. All that remains is the old guard room which now houses the tourist office.

After so much walking I was pleased to settle down to some beers, first at Celestin brewery, which had an intimate tasting room in the heart of Lille along with some excellent beers and then to La Capsule, an excellent craft beer place where between the two of us, Aurélie and I seemed to polish off the impressive range of beers, including a sour beer that I actually found palatable.

The rest of the evening went by in a very mellow haze, but I do recall visiting Le Vieux de la Vieille, a traditional Lille restaurant, for some Le Welsh, a Lille take on a Welsh rarebit, which would definitely go down well on a cold winter’s night, but was perhaps a bit heavy for a warm summer’s day.

Read Aurélie’s guide to The 5 Best Beer Bars in Lille.

Built in 2017, this is a very modern stadium, with retractable roof should the weather turn foul, and can hold around 45,000 to 50,000 spectators. The city has a very calm atmosphere, and those looking to catch a match at the Rugby World Cup 2023 could do far worse that heading here.

Museum of the Battle of Fromelles

No Australian will need any introduction to The Battle of Fromelles. Some 5,533 soldiers were killed, wounded, went missing, or were taken prisoner here between 19 and 20 July 2016, most of whom were Australians. It marks the most darkest day in the country’s history.

As I am driven some 40 minutes from Lille through country fields and small villages, it is impossible to believe that so many people lost their lives here. Not for the first time on my trip Sebastian Faulks’ Birdsong springs to mind.

In 2008 mass graves were discovered in the nearby woods, and a year later 250 bodies excavated, mainly Australian, their bones buried in Fromelles Cemetery next to the museum. DNA analysis has identified 166 of them. Some of those who fell were rugby players, including Major Tom Elliott from Royal College Duntroon.

The museum opened in 2014, and receives 12,000 visitors each year of which 40% are Australian. It tells the story of many of the soldiers who died in the battle. One of whom is Simon Fraser, whose statue called The Cobbers, stands a few kilometres along the road from the museum in Fromelles Memorial Park.

It is here that my trip to Northern France concludes, contemplating the folly of man, and pondering how many more lives will be lost in the futile wars for long forgotten fields.

Lille Things To Do

To discover what else you can do in Lille France visit Hello Lille or https://www.tourisme-en-hautsdefrance.com/.