After his aborted attempt to walk in the Lincolnshire Wolds Mark Bibby Jackson has more success on the Herefordshire Trail to Ross-on-Wye. 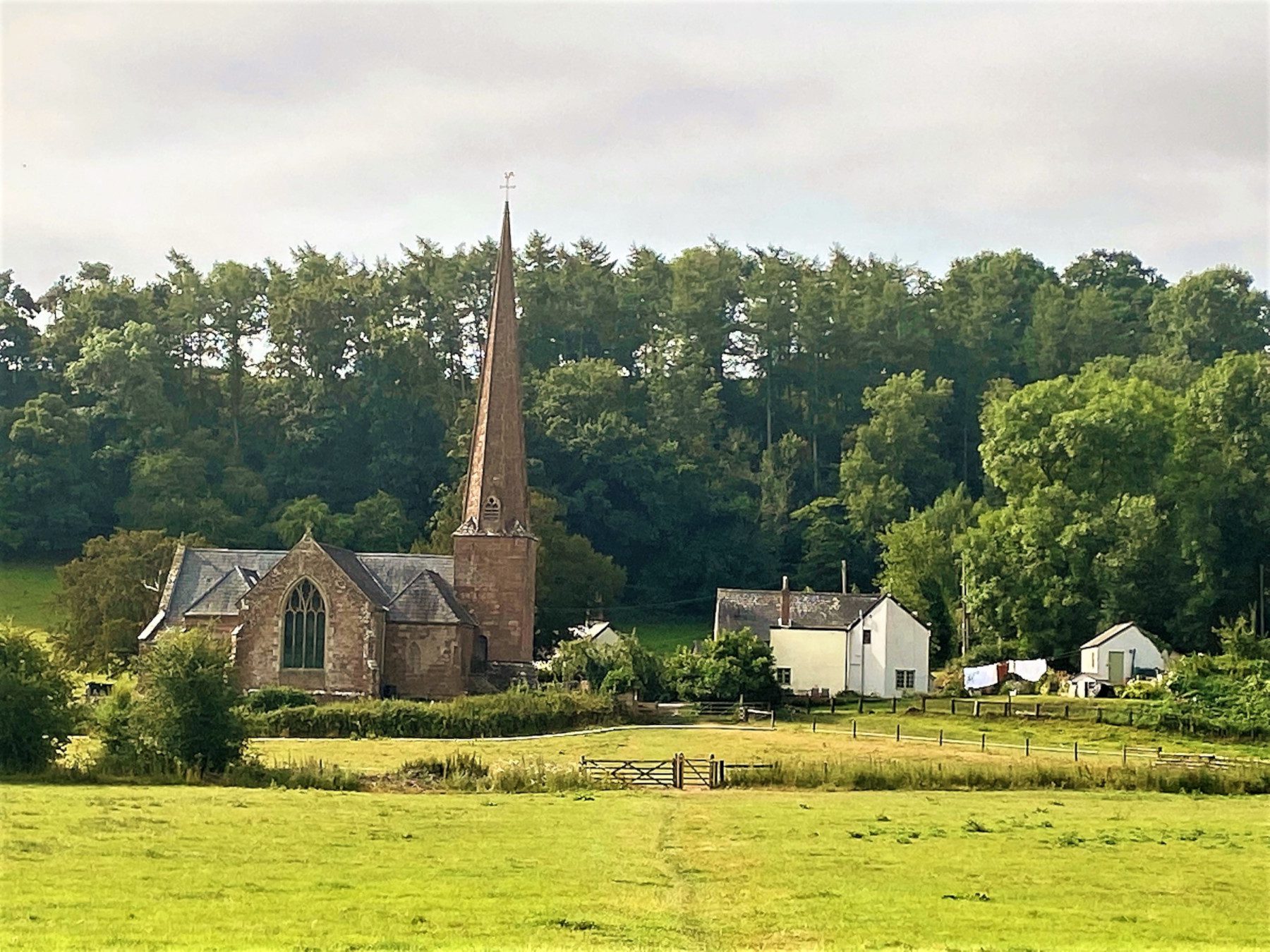 After his aborted attempt to walk in the Lincolnshire Wolds Mark Bibby Jackson has more success on the Herefordshire Trail to Ross-on-Wye.

One of the consequences of Covid and the ban on international travel has been the resurgence of domestic tourism – albeit with an Americanised staycation twang. So, it seemed appropriate to venture to Ross-on-Wye (or Ross to locals), where domestic tourism all began.

When in 1745 Dr John Egerton, a rector from Ross, built a boat to take guests on trips along the Wye, presumably he had little idea where his enterprise would lead. By the end of the century there were some eight commercial boats operating on the river to meet the demand from the steady stream of tourists coming to this scenic part of the country.

Many came here after reading ‘Observations on the River Wye and Several Parts of South Wales’, which was written by Reverend William Gilpin in 1782. It is regarded as the first tour guide published in Britain.

Gilpin, a fan of double negatives, had taken the Wye Tour from Ross to Chepstow in 1770, writing, “if you have never navigated the Wye, you have seen nothing.”

People came to observe the romantic castle ruins and beautiful views. It led to the birth of ‘picturesque tourism’ much in keeping with the spirit of Romanticism at the time, with its emphasis on observing the beauty of nature as much as ancient remains. Wordsworth, Turner and Coleridge recorded their Wye trips in paintings and poetry.

Ross with its majestic view down towards the Wye from The Prospect was the natural starting point for such tours. This I discovered on my first evening in the border town, while drinking a local beer on the terrace outside The Royal Hotel, watching the sun taking its painstakingly slow journey to earth.

However, unlike my 18th and 19th century predecessors, I had not come to take a boat ride on the Wye, but to walk along part of the Herefordshire Trail, a 154-mile circular walking route that had relaunched earlier in the summer.

I decided to walk back towards Ross, so hitched a lift from a colleague to the village of Hoarwithy early the following morning – although I could have taken the local bus.

Hoarwithy is five miles as the car drives from Ross, but some 10 miles via the meandering Wye. Departing the village in the opposite direction from Ross, I crossed a bridge across the river, before turning off the road onto a footpath to commence my walk along the Herefordshire Trail, which was clearly marked by its distinctive apple sign.

The initial stretch took me along a narrow path with brambles either side and the river on my right. There was a wonderful freshness about the air, perhaps not as miraculous as on my recent trip to Morzine, France, but certainly revitalising.

Passing through the village of Kings Caple I popped briefly into the Church of St John Baptist, which looked dilapidated from the outside, but had some beautiful stained glass windows inside. The church was built in the 11th century with the nave dating to the 13th century. It is one of the StowCaple churches.

By now the views of the countryside had begun to open and I headed for Sellack Boat once again to cross the Wye, this time via the wonderful, wobbly Sellack suspension bridge. It led into open fields and views of St Tysilio’s church (see main image), another of the StowCaple churches. The setting is classic pastoral England, and no doubt has inspired the odd watercolour.

After this I hooked back through the field opposite the church, which was followed by the only serious climb of this relatively easy walk, but the views across fields of wildflowers justified my exertions. Turning right onto a road, I headed towards Picts Cross before continuing at the junction in the direction of Peterstow. Eventually the trail re-emerged and I headed off across a field of wheat on my left towards Ross.

At Peterstow I took an unnecessary diversion via the cider orchard at Broome Farm. Tempted as I was to sate my thirst I was about to take the wrong route when a friendly sheep dog led directed me on the ‘right’ way. Frankly, the dog proved to be a cunning diversion, and I ended up back on the main road in Peterstow from where I found a footpath just after Yew Tree Inn. This took me towards Bridstow and on to Ross. In total the walk took around four hours.

Ross is a great town to wander around. There are some great pubs in Ross-on-Wye, including the popular local Man of Ross, riverside Hope and Anchor, and The Royal with surely one of the best vistas in any pub in the UK.

It is also only a short drive to Symonds Yat, a lovely village with the most beautiful view along the wandering river. Fans of Sex Education will no doubt recognise the house where Gillian Anderson lived; the series was filmed here. Also, 30 minutes away across the border in Wales, lie the ruins of Tintern Abbey, one of the prettiest setting in the Principality.

There are many walks near Ross-on-Wye. Visit Herefordshire has produced a 48-page guide to walking the Herefordshire Trail which can be downloaded here. It has 15 sections with legs ranging from 7 to 15 miles, and includes links to OS maps.

Things To Do in Herefordshire