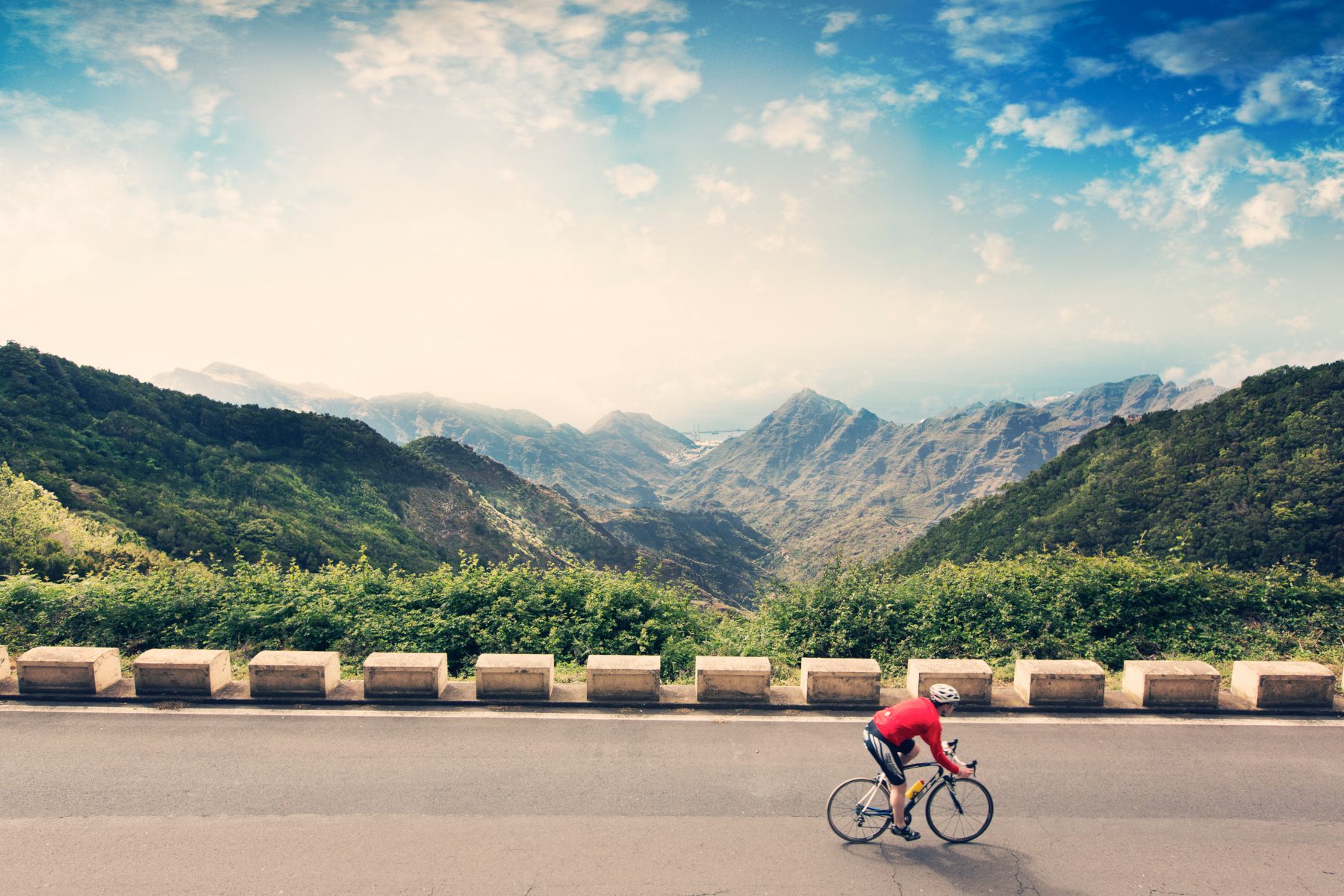 DP: COVID-19 caused the world to come to an abrupt halt throughout 2020/21, giving people time to look beyond their day-to-day routines and personal agendas. Consequently, issues within our global society became clearer than ever before – one of these being climate change.

The global COVID-19 lockdowns caused fossil carbon dioxide emissions to decline by an estimated 2.4 billion tonnes in 2020*, which naturally led to people rethinking how and why they travel. In regard to the travel industry, consumers became increasingly interested in how they could make their travel either more environmentally friendly i.e. travelling slower, for longer periods to reduce their carbon footprint, or how they could travel more meaningfully, giving back to the local communities they visit.

In 2022, climate change still remains one of our greatest global challenges, and the travel industry is constantly rethinking how it can do better for planet earth, making the idea of green travel more accessible and appealing to consumers. Tenerife Tourism Corporation is committed to working with NGOs to protect its natural environment, through the introduction of initiatives and projects that help to preserve and conserve its land, marine life and wildlife; these are available to learn more about in our mini-dossier.

As you mention you have just produced your sustainability mini-dossier, can you briefly summarise how Tenerife is ‘committed to sustainability’?

Tenerife looks towards the future through an environment-focused lens, we have one eye on maintaining and preserving our natural surroundings (with 48% of our Island being protected areas of nature), and the other on how we can continue to develop in the most sustainable form.

In recognition of this, Tenerife received the certification as a Biosphere Destination in 2021. Tenerife’s commitment to sustainability is evident through its ongoing projects and plans, for example its 2018-2022 Gastronomy and Tourism Master Plan, which focuses on the protection of gastronomy culture under the focus of sustainability.

Looking further into the future, we are committed to using cleaner energy, and this is considered within our 2020-2040 Tenerife Sustainable Mobility Plan. We also recognise the importance of working with the other islands in the archipelago, and one of our collective ecological goals is to achieve a neutral balance in CO2 emissions from all human activity in the archipelago by 2040; Tenerife’s numerous projects and initiatives will contribute to achieving this collective goal.

How would you persuade the growing breed of responsible travellers to choose to visit Tenerife?

Tenerife has worked very hard to make tourism in our island sustainable. To give a better illustration, we have worked with a Charter for Sustainability and Excellence in Activities in Nature. This is a participatory project with the business sector and other departments of the Island Council with land responsibilities, which aims to increase and improve the quality and sustainability of activities undertaken in the natural environment, through maximising the balance between the tourist experience and the conservation of natural resources. We believe initiatives like this will entice tourists who are looking to travel responsibly to choose Tenerife as their next destination.

What do you suggest they do when they are on the island?

We have an abundance of offerings across the Island that travellers can enjoy and simultaneously learn more about our fascinating wildlife and landscapes, or help them leave a positive impact on our environment.

To name a couple, travellers could visit the protected natural pools formed from Tenerife’s volcanic landscape which remain a valuable Island recourse, or enjoy whale and dolphin watching with one of the many companies on the Island that comply with the Sustainability Charter for Whale and Dolphin Watching; a project that works to ensure Tenerife is a tourism space that successfully coexists and cares for the habitat of whales and dolphins at sea while offering a respectful watching experience for consumers of high added value.

You state that tourism is an ally for conservation and preservation, why do you say that?

We believe that if done right, tourism does not have to negatively impact a destination’s biodiversity and conservation, and it can in fact be a force for good. To make sure that tourism is an ally to Tenerife’s conservation and preservation, we always recommend respecting its marine life by visiting with a company that has signed one of our Charters. We want our visitors to help us preserve our environment, ecosystems and traditions by acting respectfully and being exemplary travellers worthy of recognition. For that reason, we have announced that we are working on creating a code of best sustainability practices which visitors can refer to for advice and guidance.

Absolutely, it is a priority for us that our commitments are supported by clear actions and official certifications.

We have 17 SDG commitments that make up the 2030 Agenda, for example and as mentioned, we aim to be climate natural by 2040. Another goal is to exceed 50% of GDP in green economic sectors, with regional income, fairness and protection of gastronomy culture; on innovation.

Our Island’s impressive record of certifications and recognitions evidently show our commitment to carry out or SDGs, from the Certification of Tenerife as a “Biosphere” tourism destination; to it being Certified as a Smart Tourist Destination by SEGITTUR in 2021; and its Certification for the Peaks of Tenerife as a Starlight Reserve and of Mount Teide as a Starlight tourist destination – to name a few of the most noteworthy.

What is your plan to reduce GHG emissions in compliance with the Paris 1.5 Agenda?

The Government of the Canary Islands recently came up with a new law on Climate Change that obliges all administrations and institutions to comply with certain objectives related to energy saving and the use of renewable sources; including the usage of solar panels, electric vehicles and so on.

Along these lines, Tenerife also plans on reducing GHG emissions by increasing energy saving and efficiency in buildings and facilities managed by the Cabildo Insular, participating companies and autonomous bodies, as well as in residential and tertiary sector buildings. At the same time, reducing emissions associated with transport, increasing local production and consumption of renewable energies, as well as reducing emissions associated with waste treatment and water consumption and treatment, is a priority for Tenerife.

Tenerife is a biodiverse island, can you explain further about your 20020-30 Strategic Plan on Biodiversity?

As an Island, we are particularly proud to be one of the most biodiverse places in Europe. We boast more than 800 globally unique species of flora and fauna, and we maintain and preserve these species through practising the highest levels of environmental responsibility.

Additionally, our certification as a “Biosphere” tourism destination represents our economic, socio-cultural and environmental balance, satisfying current needs of tourists and host regions, reporting significant benefits for the entity, society and the environment, and protecting and improving future prospects.

Finally, are there any other plans that you have in the pipeline in order to make the island’s tourism industry more sustainable?

We are constantly looking for ways to improve and better our Island when it comes to sustainability. Many of these plans not only benefit our tourism industry as regards sustainability, but transcend into benefiting other industries simultaneously. Looking to the future, we have a number of key goals, including but not limited to reducing the emissions associated with transport, waste treatment and reducing the consumption and treatment of water.

Furthermore, we have a sustainable energy action plan in place, as we plan to maximise energy saving and efficiency in buildings and installations managed by the Island Council of Tenerife, investee companies and autonomous agencies, as well as in residential buildings and the tertiary sector.

Another example is the “Tenerife, Island for the Common Good Project”; launched to promote an economic system in Tenerife that is based on not only measuring economic success through monetary indicators but also according to environmental sustainability, human dignity, solidarity, social justice, democracy and transparency values.

To discover more about Tenerife’s sustainability policies in action, read Mark Bibby Jackson’s 4 Eco Things To Do in Tenerife.

For ideas on more sustainable things to do in Tenerife click here, and here to learn more about the island’s sustainability initiatives.

Why HTTPS Matters So

Sailing on a Catamaran Charter in the US Virgin Islands