Mark Bibby Jackson returns to the German capital to go on a walking tour in Berlin through Spreefeld, Spreeacker and Teepee Land. 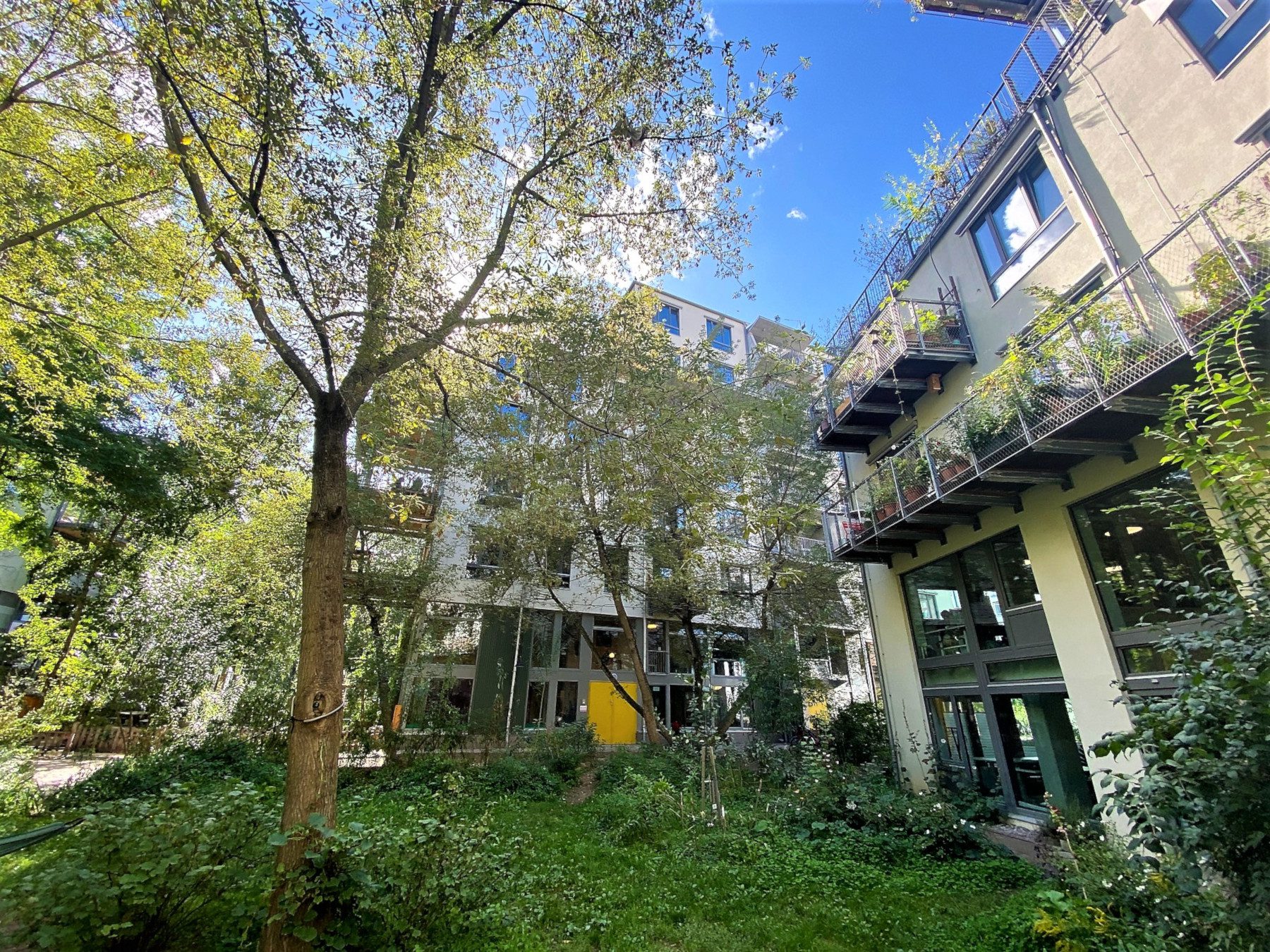 Mark Bibby Jackson returns to the German capital to go on a walking tour in Berlin through Spreefeld, Spreeacker and Teepee Land.

We are standing in the remains of the Kiki Blofeld when Michael LaFond, my guide on Creative Sustainability Tours Berlin, tells me that he used to come here when the place was at the forefront of the alternative techno music scene in Berlin. Now Michael is part of an equally alternative approach that has created a community-focused co-housing and co-working project, Spreefeld, in the land surrounding the former night club – which still can be hired out for events. The day after my visit it was going to be used for a wedding.

This might not be your traditional idea of a traditional city tour of Berlin, but there again Michael is no traditional tour guide.

As soon as we meet, he invites me to sit down and chat about what I want from my tour, as well as provide me with more information about Spreefeld. Throughout our trip I am left in no doubt that Michael sees his role as sharing ideas and concepts, as much as showing me this small part of Berlin. His tour is most definitely a two-way process.

“We don’t do any standard tours. Don’t see the tourist spots,” he says. “We are interested in discussion or workshops, in engagement rather than tours.”

Michael has lived at Spreefeld since 2014, although he has worked here since 2011. He is one of 140 people who live in three freestanding, eight-floor buildings, including 45 children and youth. Each building has a community roof terrace and can be adopted to suit circumstances, such as housing refugees in 2015. Around 70 people work in the office and community spaces. There are also 25 kids who use the day-care facilities. Although this is a relatively affordable and accessible community project people are welcome to visit, or hire spaces.

No Man’s Land and the Fall of the Wall

The area sprung into life with the Fall of the Wall seeing countless clubs and squats in the abandoned buildings and fields. Previously it had been something of a no man’s land squeezed between River Spree and the Berlin Wall on the eastern side. Kiki Blofeld was created in a building where police boats were housed.

“Poor but sexy,” was Berlin’s reputation according to Michael. The land was also really cheap, allowing co-operative spaces such as Spreefeld to take root. This self-organised community began its engagement here in 2009 and created its neighbourhood over the following years.

The community represented a conscious decision to create an open landscape so that anyone can come here. In many respects it was a reaction to the Mediaspree, a project to develop the banks of the river around the year 2000 on a very large commercial scale, which was only partially realised.

Spreefeld is also part of a long line of community housing projects that stretches back to model villages like I had seen in Brandenburg on my visit to the German province that surrounds Berlin.

Starting with a core group of people who had experience of working on similar community projects elsewhere, now Spreefeld has its own renewable energy sources including solar panels and geothermal energy. They are pretty much self sufficient in generating their own electricty and heating. They also decided not to have parking, in order to provide more space for their edible and productive landscapes.

“It’s a long turn process but that is part of sustainability.”

They established Spreeacker to manage community urban garden projects. Some 100 fruit trees have been planted, as well as hundreds of other edible or productive plants in order to create a “food forest”. Much of the role of the project is to act as an educational tool, which you feel is part of the reason why Michael has turned his arm to becoming an unconventional tour guide.

“Nobody is taking care of the garden,” says Michael, referring to the current attitude towards urban life and nature. “It’s a long turn process but that is part of sustainability.”

Next to Spreefeld is Teepee Land, a tented squat made of recycled products that has existed here as a community for ten years. It even has its own bar and regular music.

“It’s a good expression of Berlin,” says Michael of his neighbour. “There used to be many more places like this twenty years ago.”

However, its presence is being threatened by the arrival of German online broker Trade Republic which has moved into an office building next door. In the ten years since Spreefeld acquired land here, its value has risen from €500/sqm to €8,000/sqm, according to Michael.

Across the river Spree lies Holzmarkt, an area which was renowned for its non-stop parties back in the noughties at Bar 25, which closed in 2010 after a five-day party.

This is hard to imagine as I bid adieu to Michael and cross the bridge to sit in the sun, listening to idle conversation of tourists in Berlin’s equivalent of Camden Market. This is counter-culture gone mainstream, only the whiff of cannabis in the air seems genuine. All seem impervious to the real stuff that is still taking place behind the trees on the other side of the river.

You might also like to read about sustainable walking tours in the Austrian capital in Sustainable Things To Do in Vienna. Alternatively, why not discover a zero waste vegan restaurant in Berlin.

What To Do in Berlin

If you wish to discover more about Co-housing Culture, you might wish to purchase Social-Ecological Cooperative Housing by id22: Institute for Creative Sustainability, which is based at the Spreefeld Cooperative.