Mark Bibby Jackson goes stargazing and trekking in Trentino in the Italian Alps, and visits the Forest of Violins as well as Trento Italy. 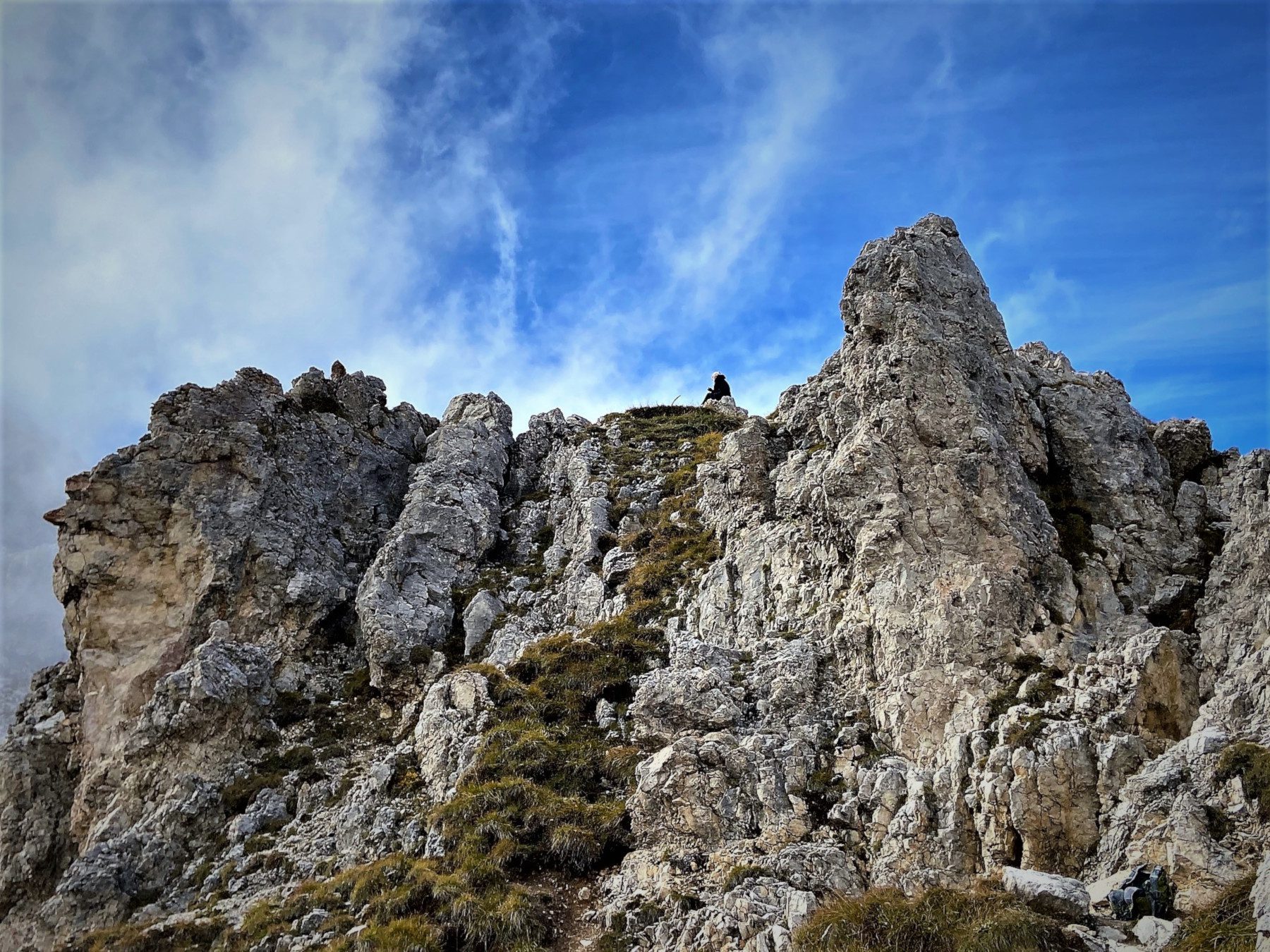 Mark Bibby Jackson goes stargazing and trekking in Trentino in the Italian Alps, and visits the Forest of Violins as well as Trento Italy.

It was 5.45 am when Arild poked me in the arm to inform me that the stars were out. At first I was at a loss as to why my morning slumber had been so rudely disturbed. Then I remembered the previously evening asking to be awoken should the clouds then obscuring the stars happen to lift.

Stargazing in the Dolomites Italy

By the time I had staggered from our room, Roberta Silva who manages the Rifugio Roda di Vael where we were staying had come to collect me – clearly I had been adamant that I must see the stars the previous evening.

To both Arild and Roberta I will be eternally grateful. Using the telescopes that stargazers Alberto and Andrea had demonstrated to us the previous evening I could clearly see Orion’s Belt and Mars. It was an incredible experience. Not that we needed any telescope to appreciate the twinkling early morning sky. It was the perfect conclusion to my summer in the Alps in which I had visited France, Switzerland and Austria, although never before staying in a Refuge.

A Night in a Refuge

The day before we had left the town of Cavalese to take the cable car from Vigo di Fassa, Ciampedie to Conca del Ciampedie. From there we hiked 4.5 km to Roberta’s refuge, ascending some 300 metres to 2,283 metres.

Arriving at Conca del Ciampedie, the weather was against us. Clouds had engulfed the mountains and I feared the worst. But our guide Cesare assured we would soon ascend above the clouds and amazing views would await us at Roda de Vael.

The initial part of our hike was quite steep, although nothing like the climb to the PALP Festival in Valais Switzerland a few weeks earlier, but after a while it flattened out, and soon we could distinguish Marmelada, at 3,343 metres the highest peak in the Dolomites.

After a couple of hours we reached Roberta’s refuge and settled down for some lunch, including the most amazing beetroot dumpling stuffed with gorgonzola, and a beer or two.

Managing a Mountain hut in the Italian Dolomites

Roberta has managed Roda de Vael since 2005. Previously a snow board instructor, running a refuge was a dream she shared with her husband, who sadly passed away a few years after they had taken over the refuge.

Despite the personal tragedy, this extremely impressive woman has brought up their two children Emilio (13) and Agata (10), as well as becoming the President of the Mountains Hut Association of Trentino. Emilio already plans to follow in his mother’s footsteps taking over the refuge when he grows up, something that clearly makes Roberta proud.

There are 145 huts in the region, some belonging to the Alpine Club and others privately owned. Traditionally, managing a mountain hut was seen as a male job, but now Roberta says there are about ten women running the refuges. Clearly she feels at home here.

“The mountains are my family,” she says. “I belong to the mountains.”

In recent years she has seen an increase in the number of people visiting the area, adding that everyone is trying to do their best to reduce the damage to nature. She has introduced solar panels to reduce their own carbon footprint. She advises everyone who comes here to “slow down and respect nature.”

A Xylotheque in the Forest

This is our final day in the mountainous region of Trentino in the north of Italy.

On the first we had visited Paneveggio Pale di San Martino Natural Park, a protected area established in 1967. We had intended to go on a breathing meditation guided by our ‘breathing DJ’ Angela Grossi, but unfortunately the weather was against us, so instead went on a more conventional walk around the woods.

The 20,000-hectare park is said to contain all the biodiversity of the Alps.

In 2018 the area was devastated by Storm Vaia (Adrian) which caused billions of dollars of damage as well as many deaths, destroying millions of trees in the province of Trentino.

Now there is a tree planting scheme supported by state and crowd funding. Part of the reason why Vaia was so devastating was that the trees were all of the same age, so the reforestation project is being handled sensitively to protect the area from future damage.

One of the most remarkable elements about the natural park is the quality of the wood grown here. It is known as the forest of violins as some of the finest stringed instruments in the world are created from its timber.

This we discover as we visit the xylotheque – no, I hadn’t heard the word before either – where they keep various pieces of red spruce wood which are used to make violins, cellos, double bass and guitars. Violin makers from around the world come to choose the right piece for their instrument. Some even walk around the forest listening to the trees before they choose their one. The best trees have to grow slowly developing regular rings.

On the second day of out trip we visited the town of Trento to see the magnificent Castello del Buonconsiglio before having a guided wine tasting by Italian sommelier Roberto Anesi.

Trento is a beautiful city, with a lovely cathedral and amazing murals around the historic centre, which is well worth a visit. However, it is the city’s MUSE Science Museum which interested me the most. Here we were given a presentation by geologist Massimo Bernardi, focused on the region’s biodiversity and museum’s efforts towards sustainability.

Sadly, the message was clear. We are all fighting against time. The wonderful landscape of the Alps is set for irreversible change due to man’s ignorance. Not only are storms such as Vaia going to become more commonplace, but the glaciers that have helped form the region will disappear by the end of the century. It was the same message I heard while walking on the Aletsch Glacier in Switzerland a couple of years ago. The devastation on the region where the river system depends upon waters from the glaciers will be immense.

Fortunately such depressing thoughts seem far distant, as I watch the sun rise over the Dolomites on my final morning in Trentino. An hour-and-a half hike down the mountain awaits me after breakfast. Watching the sun echo on the mountains behind us is a glorious sight. At least, that will never change despite man’s carelessness.

We stayed at the Hotel Orso Grigio in Cavalese. Located in the heart of the beautiful town and recently restored it made for a great base, especially with its basement sauna. For more details or to book, click here. If you want to stay at Roberta’s amazing mountain hut, click here.

For ideas on what to do in Trentino, go to visittrentino.info/en.

Mark flew with Easy Jet to Venice returnng from Verona. He parked his car at Gatwick with Holiday Extras, the market leader in UK airport parking, hotels, lounges and transfers. Every thirty seconds, a Holiday Extras customer saves £100 on their airport parking. Booking airport parking means you can enjoy more holiday with less hassle, plus with Flextras, if you need to cancel or amend you can without charge. To book, visit https://www.holidayextras.com/ or call 0800 316 5678.