Mark Bibby Jackson takes a break at the Gilpin Hotel & Lake House in the Lake District and receives a Michelin Star experience. 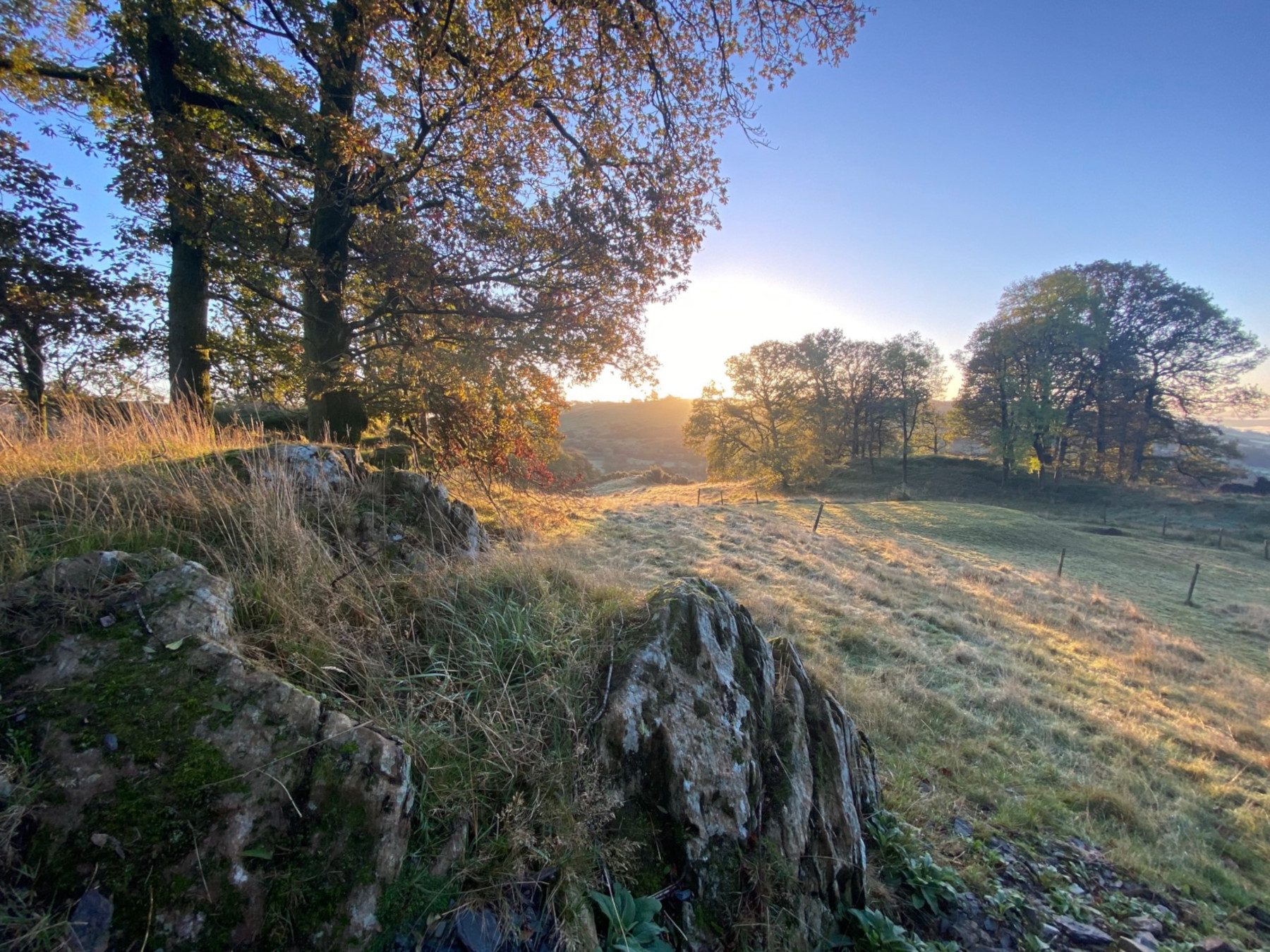 Mark Bibby Jackson takes a break at the Gilpin Hotel & Lake House in the Lake District and receives a Michelin Star experience.

There is something about the Lake District that I cherish. As a youth I would travel up here each year with my mother and brother to visit my aunt who studied for many a year at Lancaster University. I would sleep on her cold slate floor in the village of Calder Vale, and then go for lengthy walks in the surrounding woods.

For some reason it is several years since I last returned to the Lakes. Perhaps the memory of my aunt who died sadly of cancer far, far too young is still too raw. However, this autumn we ventured once more to the most beautiful corner of England to stay at the Gilpin Hotel & Lake House.

The Gilpin Lake House could not be further removed from my aunt’s cold floor. My room offered the most glorious view of Knipe Tarn lake and the surrounding woodland that is owned by the Gilpin.

After a seamless check in I was shown around the grounds by the Lake House’s GM Nathan Parkin, noting the well-situated jacuzzi with its views across open countryside down towards Windermere. Nathan mentioned there were deer in the fields. Shortly, afterwards I returned to the jacuzzi to enjoy my welcoming glass of Champagne in the most wonderful setting. Watching a squirrel scampering along the stone wall accompanied to the sound of the birdsong, all the tension of the long drive northwest drifted away.

At the time of our visit, they were not serving dinner at Gilpin Lake House, something that has since been rectified. However, Derek our chauffeur and factotum – fly catcher extraordinaire – was waiting to take us the mile or so to the main Gilpin Hotel where we were booked in to have dinner at Gilpin Spice.

Glancing at the Gilpin Spice menu, it was clear that the restaurant had a pan Asian theme, as was evidenced by the décor, with different rooms representing various parts of the continent. One section appeared to have a Moroccan influence, another was more Indian, while we sat in a larger restaurant area with an open kitchen. Our waiter informed us that the menu was tapas in style – designed for sharing.

As our cocktails – a kamikaze and Bombay Mule arrived – we were presented with a chilli paneer fry to tease our appetite. It had a gentle teasing kick. This was followed by an excellent trout tartare and a tiger prawn tempura, which my mother loved. The kim chi pickle that accompanied it was really good. The cracker for the trout tartare was really light and wonderful, and the trout had a subtle fishiness to it. It was a resounding success.

We followed this with some char gau, sea bream on banana leaf crispy potatoes, and tangy aubergine with crispy tofu. All were great, although perhaps the standout dish was the Jamaican ginger sponge that followed. I am not quite sure what it had to do with Asia, but I was certainly not complaining. We washed our food down with an excellent, subtle Malbec which complemented the food rather than overwhelming it. The service was informal and excellent.

Derek drove us back to the Gilpin Lake House as the was moon emerging behind wispy clouds; a wonderful sight.

A Tour of the Lakes

The following morning I awoke to birdsong, and decided to go for a quick walk before breakfast. Recalling Nathan’s words of the evening before, I saw some deer bounding along the dew-laden forest. I continued my walk around Knipe Tarn lake, over which a slight mist was hovering. It felt like I had just entered Narnia, alone with nature.

At breakfast the Benedict Florentine poached eggs were cooked to perfection and the muffins were sufficently light to avoid leaving that stodgy feeling.

Following this, we took advantage of the clear skies – a blessing in the Lakes – to drive down towards Windermere and Grasmere, which was especially beautiful with the hills in the background. At the latter we had a quick look at Wordsworth’s house.

We had to cut our short tour of the lakes short as I was booked in for a Gilpin Spa Trail that afternoon.

This started with a relaxing massage in the beautiful spa room overlooking the lake and the woods. If I still had any lingering tension from my journey this had well and truly been dispelled. The spa therapist was extremely professional and the treatment was of the highest standard.

The second part of the trail was taking a Gilpin afternoon tea by the boat house beside the lake. Once more the sun was out, so instead of having tea inside we sat outside the charming boat house. The tea was as good as all the food at Gilpin, with the scones a standout, and it lacked the sickly sweetness you can have with certain afternoon teas. The setting beside Knipe Tarn was incomparable.

After this I had a swim in the indoor swimming pool, interspersed with sessions in the sauna and showering with a salt scrub, before enjoying a glass in Champagne in the cedar tub hot bath. This really was sheer self-indulgence.

The other Gilpin restaurant is the Michelin star HRiSHi established by executive chef Hrishikesh Desai, former winner of BBC2’s Chefs on Trial.

Once more Derek was waiting to take us to the main Gilpin hotel, where we were led to the bar to have a couple of cocktails – my old fashioned was just right – before dining.

We had booked in for the HRiSHi tasting menu with accompanying wines, and this proved to be the perfect choice. We started with a pea tartar accompanied with a pickled mini aubergine cornetto which was served with a Lebanese wine. I really liked the pea tartare which came with a black garlic ketchup which was simply divine.

The tasting menu comes with seven courses, so be prepared for a gastronomic feast and allow plenty of time. We were afraid that Derek’s electric car might have turned into a pumpkin by the time we left the restaurant.

Isle of White tomatoes were pursued by Jerusalem artichoke and Cornish lobster, an aubergine steak masala, and a passion fruit and raspberry mousse for myself while my carnivorous mother had duck liver and lamb ‘laal maas’.

My standouts were the green gazpacho served with the tomatoes, and the lobster with sambal sauce.

One of the great aspects of a tasting menu is the ability to match wines with food in a combination you would never choose for yourself. For instance the Riesling wine went perfectly with the tomato dish, while the pairing of the passion fruit mousse with a Semillon-Gewürztraminer wine was inspired.

However the best pairing was the Oregon Pinot Noir that had such a tobacco nose that it reminded me of my grandfather who was a big pipe smoker, with the aubergine dish with its amazing miso and mild red chilli emulsion.

This was easily one of the finest meals I have tasted in the UK, and Hrishikesh Desai and his excellent team merit all the accolades heaped upon them.

A Rainbow over the Lake District

The following morning we had our final breakfast in the conservatory overlooking our lake. Eventually the weather had turned and the brief rain had made the autumnal colours more vibrant.

Service throughout was excellent and there was an informal feel to our stay that was most welcoming. Reluctantly we bid adieu to Nathan and his staff, before making the drive across the Yorkshire Dales to our next destination.

The drive over Kirkstone Pass towards Ullswater was amazing and at the end of it lay the most spectacular rainbow. The perfect end to a wonderful couple of days in the Lake District that dispelled all lingering ghosts.

For further information or to book a room, click here.