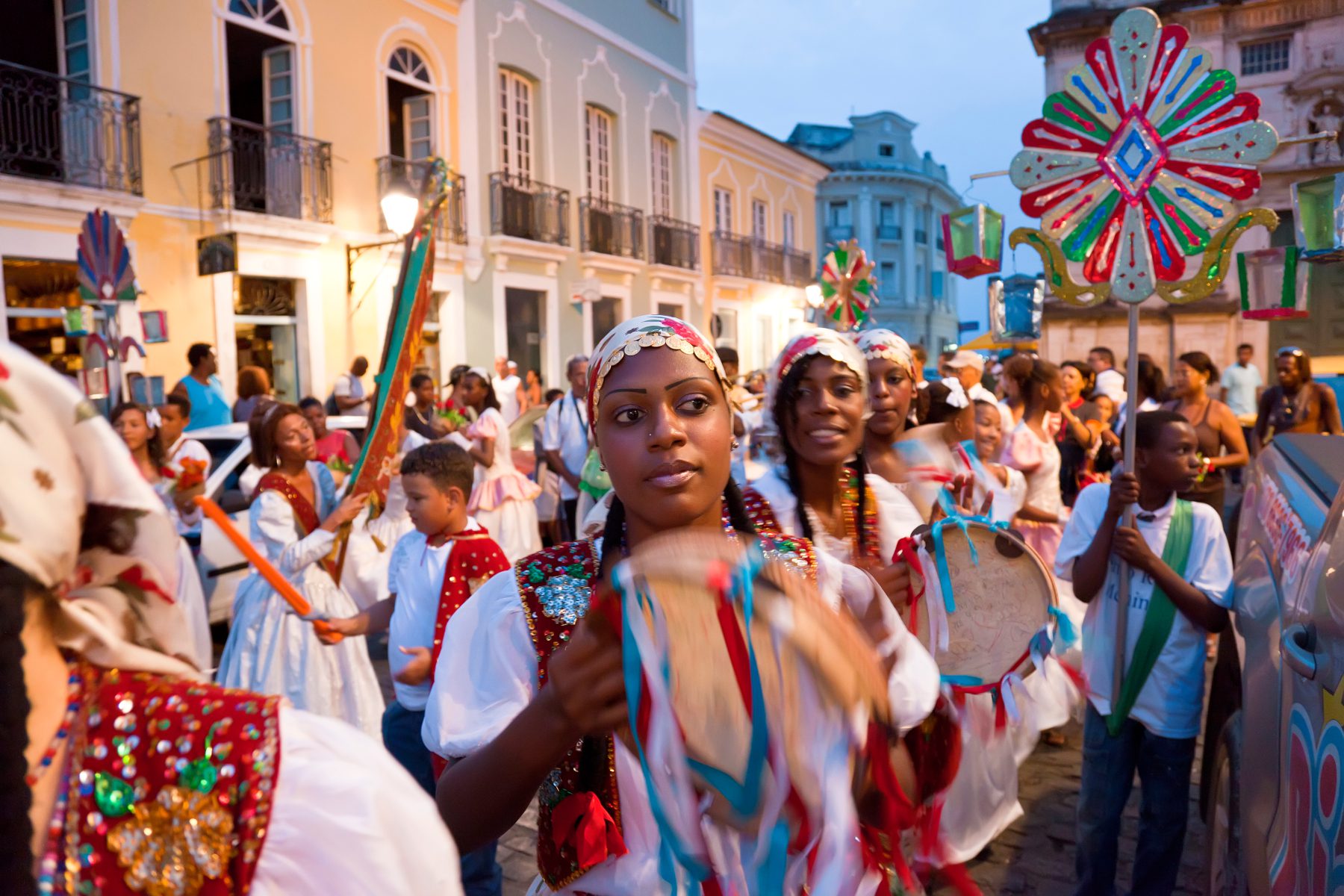 Yes, we have all heard of Carnival in Rio, but what about a Carnival in the part of Brazil where the influence of African culture is at its strongest? The Bahia Carnival held in Salvador, the capital of Bahia State, offers all the energy of Rio, but with its own unique flavour that any partygoer would not want to miss.

History of the Bahian Carnival

Parties to celebrate the beginning of Lent go back many centuries, but Carnival really took off in Bahia after slavery was abolished in 1888 and Brazilians of African heritage could participate. The creation of something more formal in Bahia is attributed to 1950 and the creation of the trio elétrico, a truck with a flat back and sound system from which musicians sang as they rolled through the streets. These trucks have evolved and evolved and are now emblematic of the Carnaval da Bahia.

The celebration has grown steadily. Expect one million locals and another million visitors to be at this party.

When is the Bahia Carnival?

The dates of Bahia Carnival, sometimes called Salvador Carnival, depend on the dates of Easter. In 2023, the Carnival will start on Thursday 16, ending at midday on Ash Wednesday for Lent. There will be smaller events either side of these dates as well, such as bands practising and post-Carnival prize-givings.

What to Expect at the Bahian Carnival

Rather than one event, see it as different centres of activity at different times and in different neighbourhoods. Touring around the streets will be the trio elétrico with bands on the back. Then there will be events in different parts of Salvador, including in the colonial centre, Pelourinho; the Campo Grande, or upper city; and on the coast, the Barra Ondina. On the Thursday the mayor hands a large key to King Momo, a Carnival figure, and the party begins.

There are many types of music played here, but perhaps the most distinctly Bahian is samba-reggae. The beat is joyful and energetic, but the songs are often political in nature, highlighting real life issues in a country where there is a close correlation between social class and skin colour. The rise of the extreme right and the fight for equal treatment and justice is led by many artists of Afro-Brazilian heritage.

Brazilian food is a bit spicier in Bahia. Try caruru, okra, roasted nuts, onions and shrimps; moqueca baiana, a fish and vegetable stew in a coconut and lime sauce; or bobó de camarão, which consists of cassava, shrimps, coconut milk and palm oil. To garnish, and for a bit of heat, add the pepper sauce.

Where Is the Best Carnival in Bahia?

There are Carnivals all over the state, but the best is in Salvador, the regional capital.

Things To Do in Bahia

The colonial heart of Salvador, Pelourinho is a UNESCO World Heritage site and full of charm including many ornately decorated churches. The city is a great place to learn more about the martial art, capoeira that has links back to Africans brought to Brazil as slaves. The fortress and lighthouse, Praia Farol da Barra is also worth a visit, as is the National Museum of Afro-Brazilian Culture.

For beaches, there is plenty of choice, the town of Trancoso, Morro de São Paulo Island is near Salvador and for surfers, Itacaré, though there are many, many more.

To see spectacular countryside, there is the Chapada Diamantina National Park, which offers hiking, waterfalls, canyons, caves, climbing and rafting.

Flights to Brazil and Salvador, Bahia

Portugal has direct flights to Salvador with TAP and Azul. According to Skyscanner these flights are the Greener Choice, emitting less CO2.

From the US, you can find direct flights to Sao Paulo, Rio de Janeiro and Brasilia, but not to Salvador.

A domestic flight will then link you to Salvador.

To find the best accommodation in Salvador, or elsewhere in Bahia, as well as international flights, please search via our comparison engine, which scans all the major booking sites so you don’t have to.

For General Information on Brazil