The Basel Carnival is part of the city’s cultural identity. For three days the city goes wild. The largest carnival in Switzerland, it was added to the UNESCO intangible cultural heritage list in 2017.

“Dame Fasnacht” – as the people of Basel call their festival – combines musical, spectacle and masks, with stories conveyed in typical Basel manner – with biting humour.

The carnival starts at 4am on the Monday after Ash Wednesday in total darkness. The city bursts into light with hand-painted lanterns and thousands of costumed pipers and drummers for Morgestraich. It then continues until Ändstraich on the following Thursday, again at 4am. They are early birds in these parts. 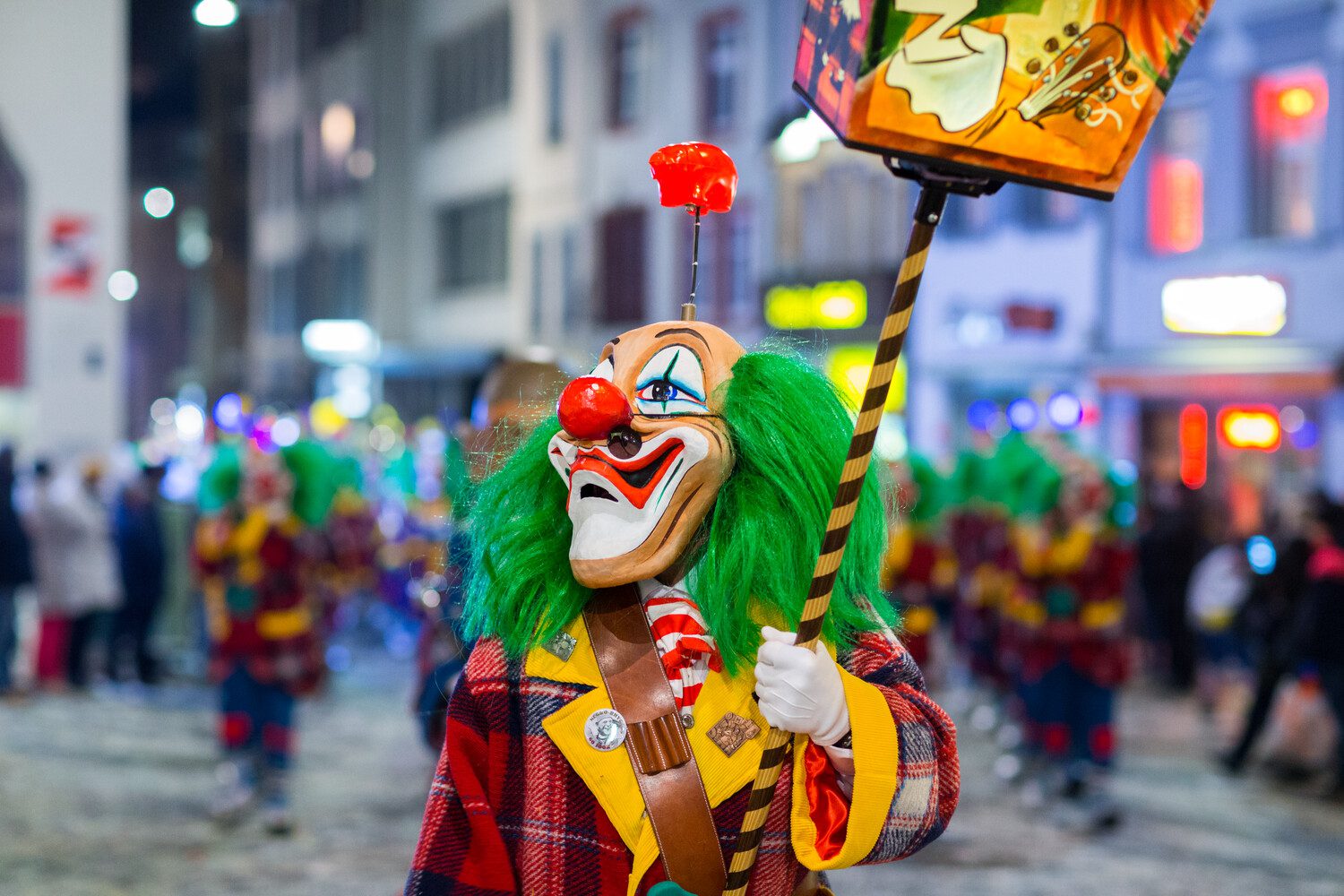 History of the Basel Carnival

The Carnival in Basel is mentioned as far back as 1376. The Basel Fasnacht has roots in ancient Celtic and Germanic practices, and announces the expulsion of winter. Later, it included medieval jousts, and became a religious festival. During the Reformation the Basel Fasnacht became a display of resistance against the city’s austere authorities.

In the 19th Century, the first cliques were formed, piping and drumming gradually appeared, and the Schnitzelbank singers made satirical entrance. The first official Morgenstreich in 1835 and the first large procession lantern 25 years later.

The Fasnacht of today was formed in the latter half of the 20th century, with more cliques, while the quality of both piping and drumming went up a notch, and the costumes and head-masks (Larve) became typically Basel. 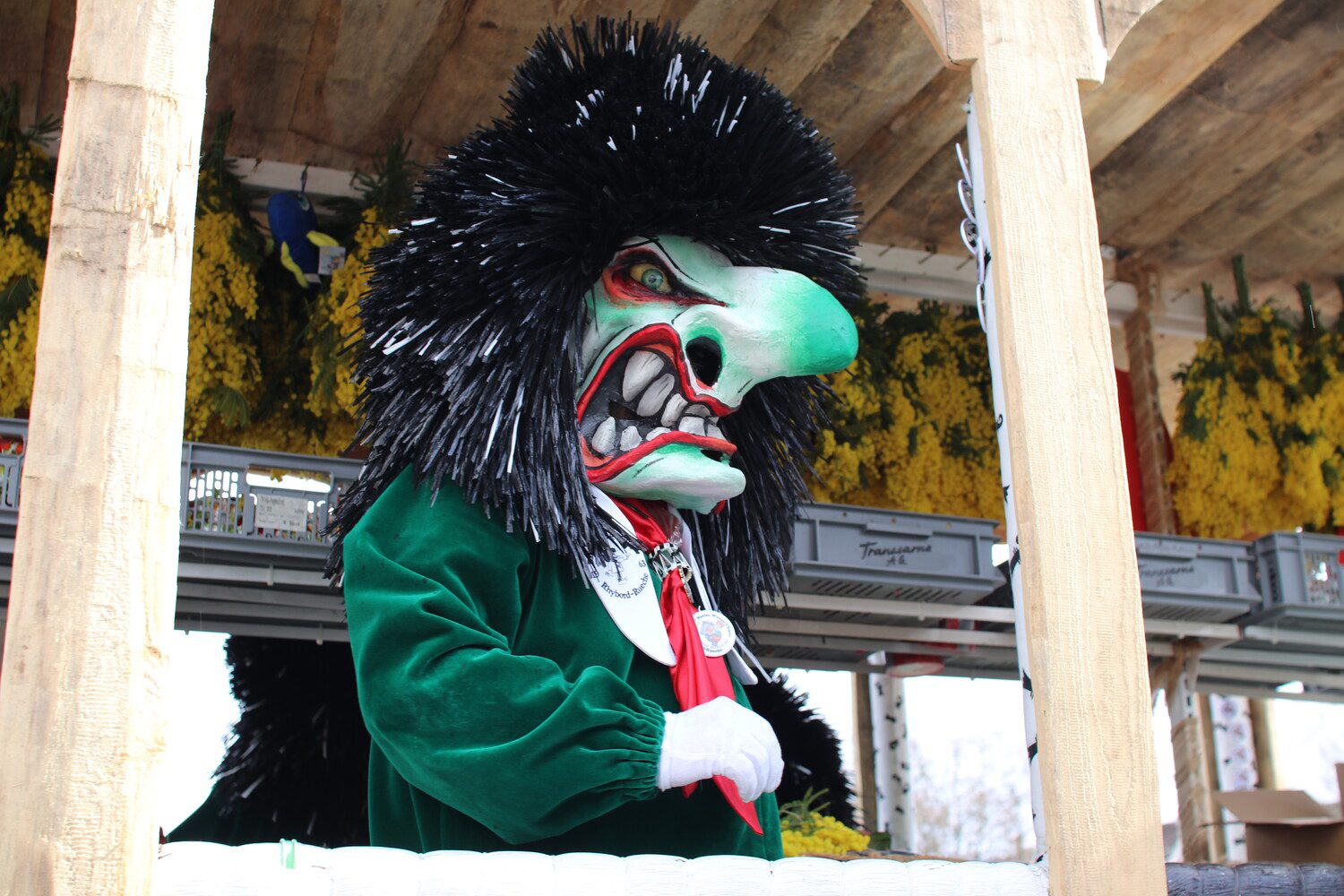 Morgenstreich starts the carnival on 27 February 2 at 4am upon at St Martin’s church with a cry to march.

The Cortège street parades with 11,000 costumed revellers will take place on 27 February and 1 March 2023.

There will be a Lantern exhibition from 27 February to 1 March 2023.

Kinderfasnacht will take place on 28 February, with the same day seeing 60 brass bands perform in the Guggenkonzert.

The satirical rhyming Schnitzelbanks will be performed around the streets of Basel from 27 February to 1 March 2023, with the final Endstreich taking place on 1 March until the early hours of the following day. 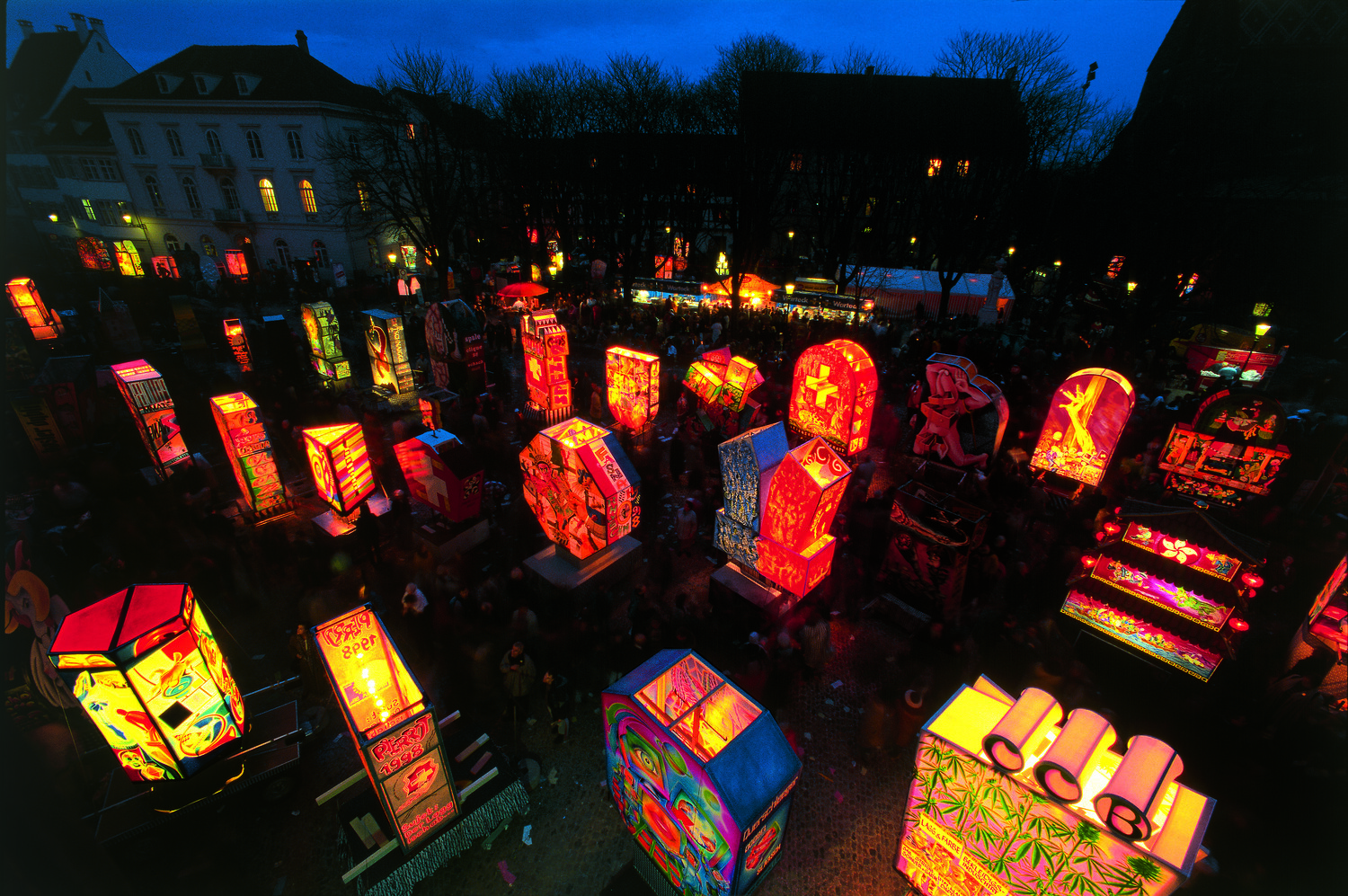 The carnival costumes (Goschdym) are largely based on Italy’s Commedia dell’Arte, but others adpt a more local tone, including: Waggis, a labourer; Dummpeter (Stupid Peter); Ueli (court jester); and Alti Dante (old dame).

More information on the Carnival of Basel

Visit the official This Is Basel website. All images supplied by Basel Tourismus.