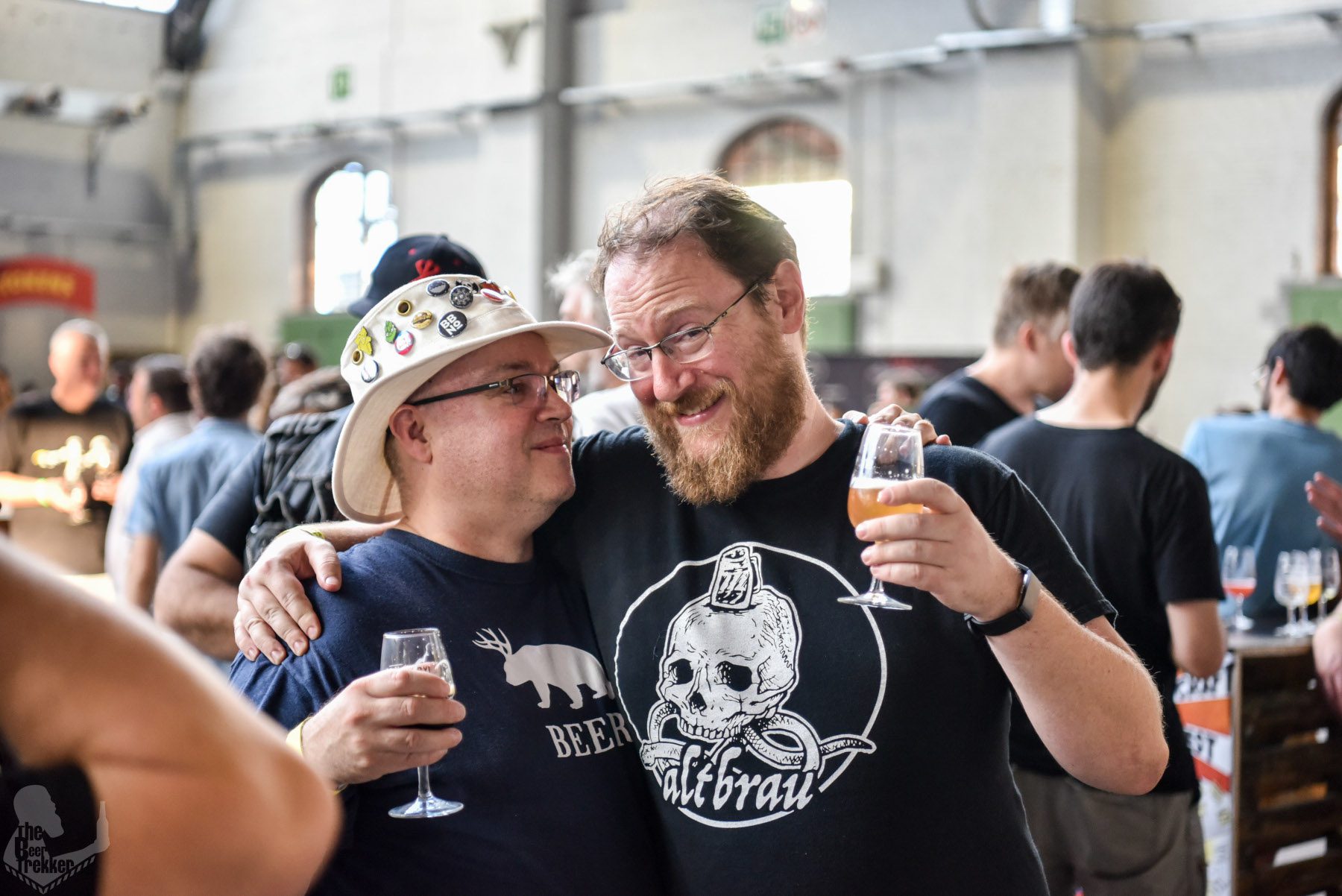 At the Brussels beer festival “BXL Beer Fest”, over 60 independent brewers show off their artisanal beers. With strictly no room for industrial products at the two-day festival in August, this is where quality and high standard beers flow to you straight from the brewers.

With the emergence of craft beers over the past decade, perhaps it’s surprising that the Belgian capital and beer city of Brussels did not have a specific international craft beer festival until the inaugural 2017 edition of the BXL Beer Fest. But with its universally acclaimed successes of the past couple of years, the BXL Beer Fest has made good of its late start, and the third edition of this Brussels beer festival promises to become once again a heaven for lovers of Belgian and international craft beers.

What is the Brussels beer festival BXL Beer Fest?

The BXL Beer Fest is foremost a friendly place in the heart of Brussels where you can sample quality craft beers – described by the organisers as “good craft and honest” – made by small, independent breweries hailing from all over Belgium and a dozen other countries. In addition, the culinary delicacies on offer will allow you to pair your artisanal beers with some great food specialties. Unlike the case with major beer festivals where companies pay for a stand, the small brewers at the BXL Beer Fest are carefully selected and participate by invitation only – there’s no risk of finding yourself with the same old beer brands and their uniformed products. The high standards set by the organisers assure an offering of beers of top quality and tradition, but also innovation.

Many of the participating brewers are innovators in their respective countries who not only revive ancient brewing styles but also experiment and create beer brewing novelties. Some of them can even pride themselves of being farmers as well as brewers, with the cultivation of their own raw materials such as barley and hops.

What to expect at the BXL Beer Fest 2022

Expect a choice of over 400 different craft beers from some 60 Belgian and international artisanal breweries. As in previous years, all of the participants are small, craft brewers with a special emphasis on diversity in taste and accessibility to beer lovers, tourists and beer connoisseurs alike. The Brussels beer festival BXL Beer Fest has quickly established a reputation for its flawless organisation while creating a friendly, cosy and intimate atmosphere. You can not only sample some of the world’s best craft beers but also chat with the brewers themselves and learn about your favourite beer directly from the person who made it, all contributing to the conviviality the festival has become famous for.

Important also to regulars at beer festivals is that at the BXL Beer Fest there are no plastic cups nor a tasting glass that you have to carry along with you – each beer is served anew in a proper, clean glass. Moreover, all the beer stands are scattered inside a converted 19th century shipping warehouse that is both spacious – so there are no queues and no elbow pushing – and bright thanks to the natural light coming through its ceiling.

If all that sampling makes you want to catch a breath of fresh air, the outdoor space with its comfortable sofas and lounge chairs will allow you to continue with your beer quest in the quiet and calm of the open air.

Another area in which the BXL Beer Fest distinguishes itself is its attention to the culinary side of the festival. Plenty of gourmet food trucks will not only allow you to fight off any hunger pangs, but also pair your favourite craft beer with dishes specially prepared for the festival. 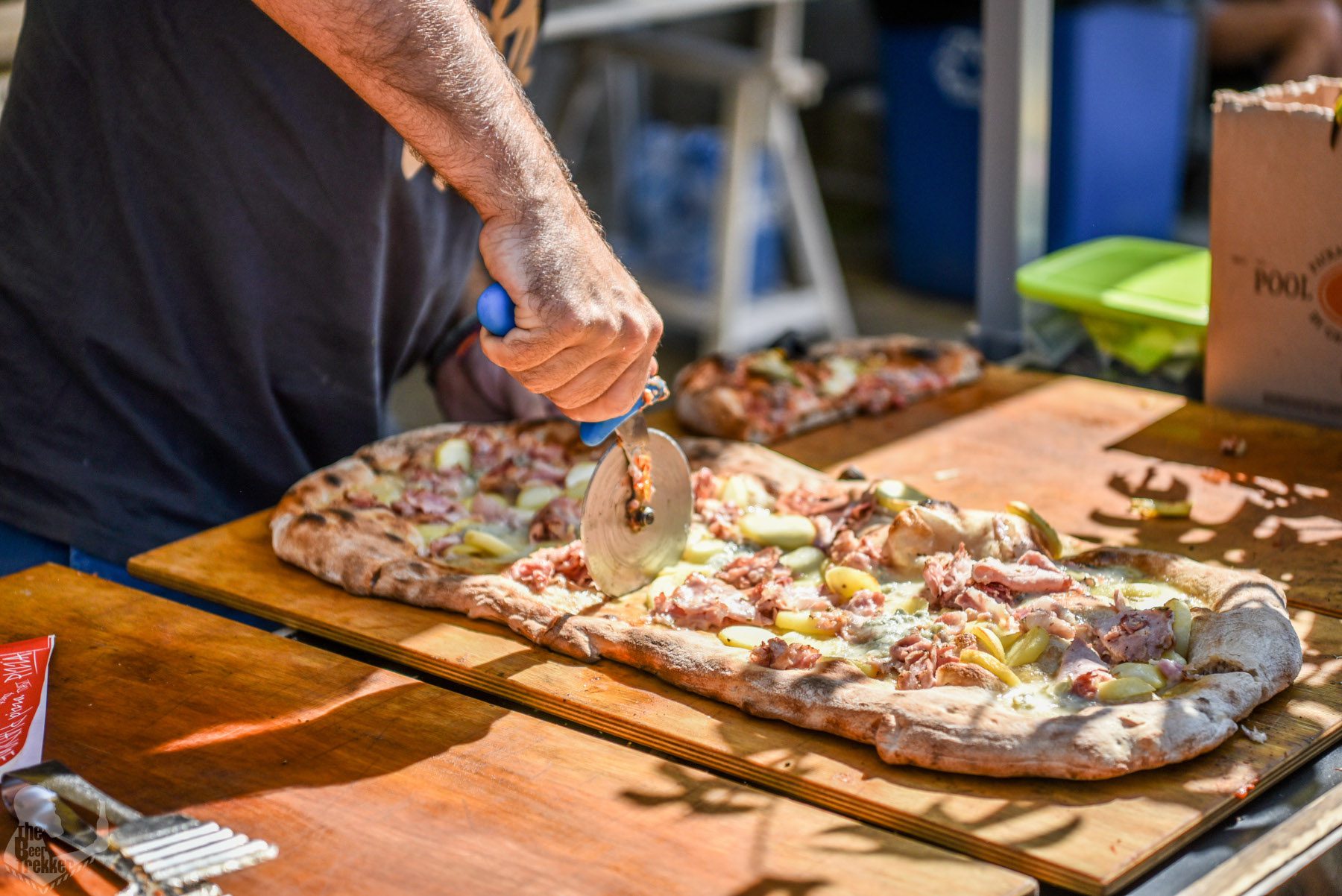 From Mexican fare at “El Taco Mobil” and pizza at “Storiedipinte”, to fresh fish and chips at “Bia Mara Brussels” or real Belgian fries at “Frieterij”, local chefs are there the whole day to make sure you won’t get hungry. And if you are new to craft beer, why not attend the beer and food pairing workshop at the festival?

Where does the BXL Beer Fest 2022 take place?

The BXL Beer Fest takes place in shed 3 of the “Tour & Taxis” site, a former industrial building now converted into a space for offices, restaurants and cultural events. Located in the heart of Brussels, “Tour & Taxis” can be reached simply by walking 10 minutes from the Brussels North train station (Bruxelles Nord in French or Brussel Noord in Dutch).

While in the Belgian capital, join Mark Bibby Jackson in From Beer to Mussels: Things to Do in Brussels.

If you happen to visit Brussels’ famous Grand Place, the BXL Beer Fest is only 25 minutes from there on foot.

The Belgian capital is extremely well-connected by train from London and other European capitals. Click here to check international connections with the the Belgian railways. This year the festival takes place on Saturday 27 and Sunday 28 August from noon to 8pm.

A day ticket bought pre-sale online costs €5 or €10 at the doors and includes a free souvenir festival glass. You can also buy 20 beer tokens for €18.

If you are looking to book one of the numerous hotels in Brussels, enter your dates in our flight and hotel comparison engine to search hundreds of sites for the best deals: