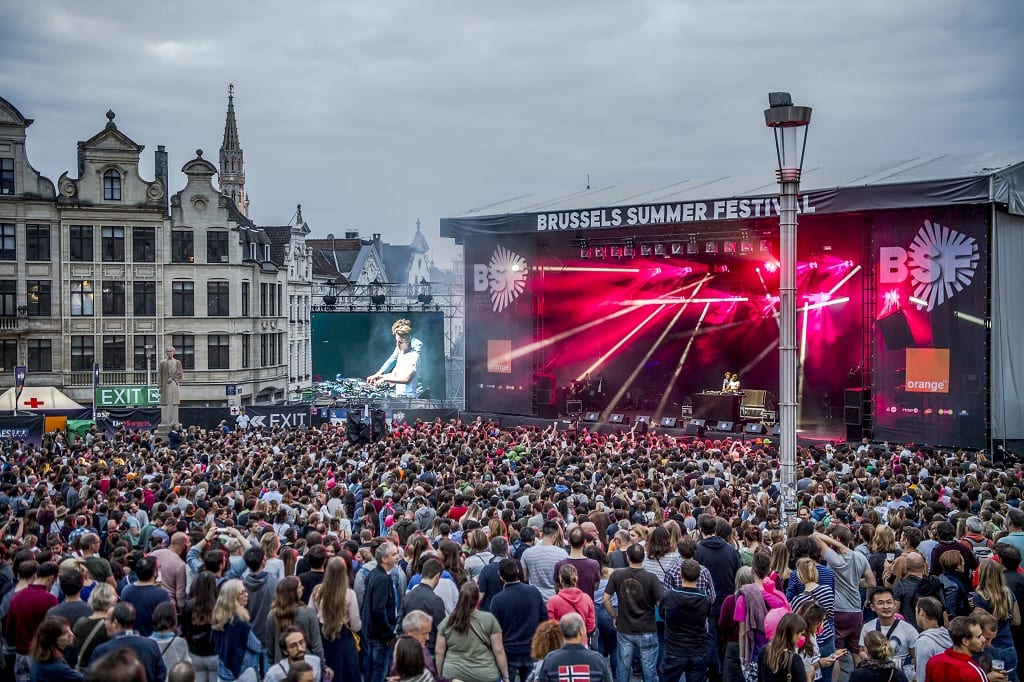 The Brussels Summer Festival in August has grown to one of Europe’s not-to-be-missed music festivals. The five-day event will turn the royal quarter of Brussels into a massive dance floor with a rich programme that includes major international music acts as well as new discoveries and Belgian stars.

This year’s edition will see a more condensed version with the duration of the festival reduced from the usual 10 days to five, as well as fewer concert stages, due to the rising cost of security. However, what has been lost in quantity, the organisers have made up with the quality of a very promising line-up (see below) ranging from rock, hip hop and pop to jazz and world music.

For another popular Belgium music festival, check out Pukkelpop in Hasselt.

One of this year’s highlights will be French pop star Christine And The Queens whose second record Chris has now been listed for nearly half a year in the charts and was nominated by The Guardian newspaper as best record in 2018 – which is pretty unique for a French musician. Her live shows, meanwhile, have become famous for their groundbreaking choreography and sparkling visuals that make her incomparable.

For a complete listing of this year’s line-up, please click here.

When is the Brussels Summer Festival 2019

The summer festival takes place from Wednesday 14 to Sunday 18 August.

Where in Brussels will the festival take place

There will be three locations in central Brussels, as follows:

Place du Musée from 14 to 18 August starting at 5pm

There will also be access for people with reduced mobility.

One of the easiest and most eco-friendly ways to get to Brussels is by train. Belgium’s capital is within two hours by high speed train from London, Amsterdam and Cologne, and less than one-and-a-half hour from Paris. Click here to book your train ticket.

An early-bird day ticket costs 35 Euros and a five-day pass is 75 euro. Click here to buy your tickets.


To find the best hotels in Brussels, try our booking portal which searches and compares multiple websites to find you the best deals on accommodation:

For all further details:

Please visit the official website of the Brussels Summer Festival.