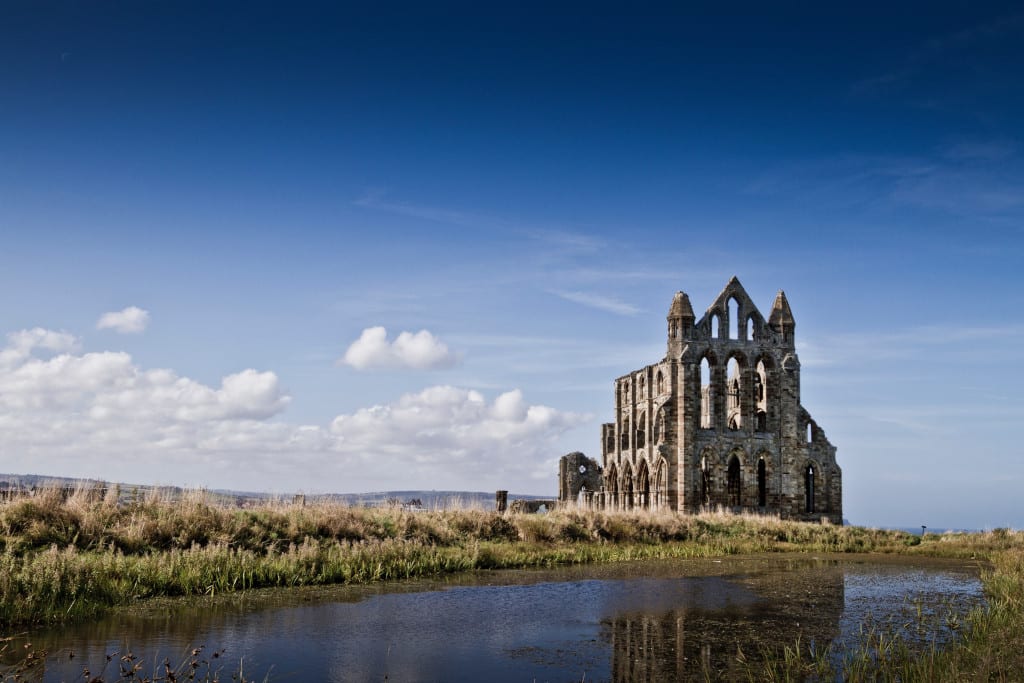 July 6 – 8: Famed for its amazing fish and chips and spectacular abbey (see cover photo) , the Yorkshire coastal town of Whitby, birthplace of Captain James Cook, will hold Cook250 Festival a three day celebration of the anniversary of explorer’s maiden voyage to the South Seas, some 250 years ago.

Born and brought up in and around Whitby, Cook started his maritime career there before becoming the first European to make contact with Australia and Hawaii and circumnavigate New Zealand. In April 1770, Cook reached Australian and went ashore at Botany Bay. In three voyages the Yorkshire explorer travelled across unchartered seas mapping lands from New Zealand to Hawaii across the Pacific Ocean before being killed in 1779.

Packed with events for music aficionados, history buffs and foodies, the festival’s highlights will include two tall ships dropping anchor in Whitby’s harbour, while the Cook’s Kitchen will prepare a culinary tribute to Captain James Cook with fare that would have been eaten at sea during his era. There will also be a treasure hunt through the Whitby’s streets for those who like their entertainment to be more participatory.

With Maori music and dance from Ngāti Rānana, in commemoration of Cook’s circumnavigation of New Zealand, traditional sea shanties, and a maritime play completing the festivities, you can be assured of a great occasion whether young or old, especially if the current fine weather holds.

The festival will include the launch of the Endeavour Experience, a replica boat of the HMS Endeavour, the ship that Captain Cook used on his voyagers from 1768-71, which has regular sailings around Whitby Harbour and along the coast to Sandsend, where people can disembark and then follow in the Captains steps. The Endeavour Experience will open part-way through its transformation for this weekend’s Cook250 Festival in Whitby, but will close again while the rest of the work to turn it into a visitor attraction is completed. The attraction is then scheduled to open at the beginning of August.

For more ideas on what to do in the area, read Whitby and the North York Moors.

Most of the events are free or with the standard venue admission applying. For more information on Cook250 Festival, visit: www.discoveryorkshirecoast.com. Cover photo by Michael D Beckwith.