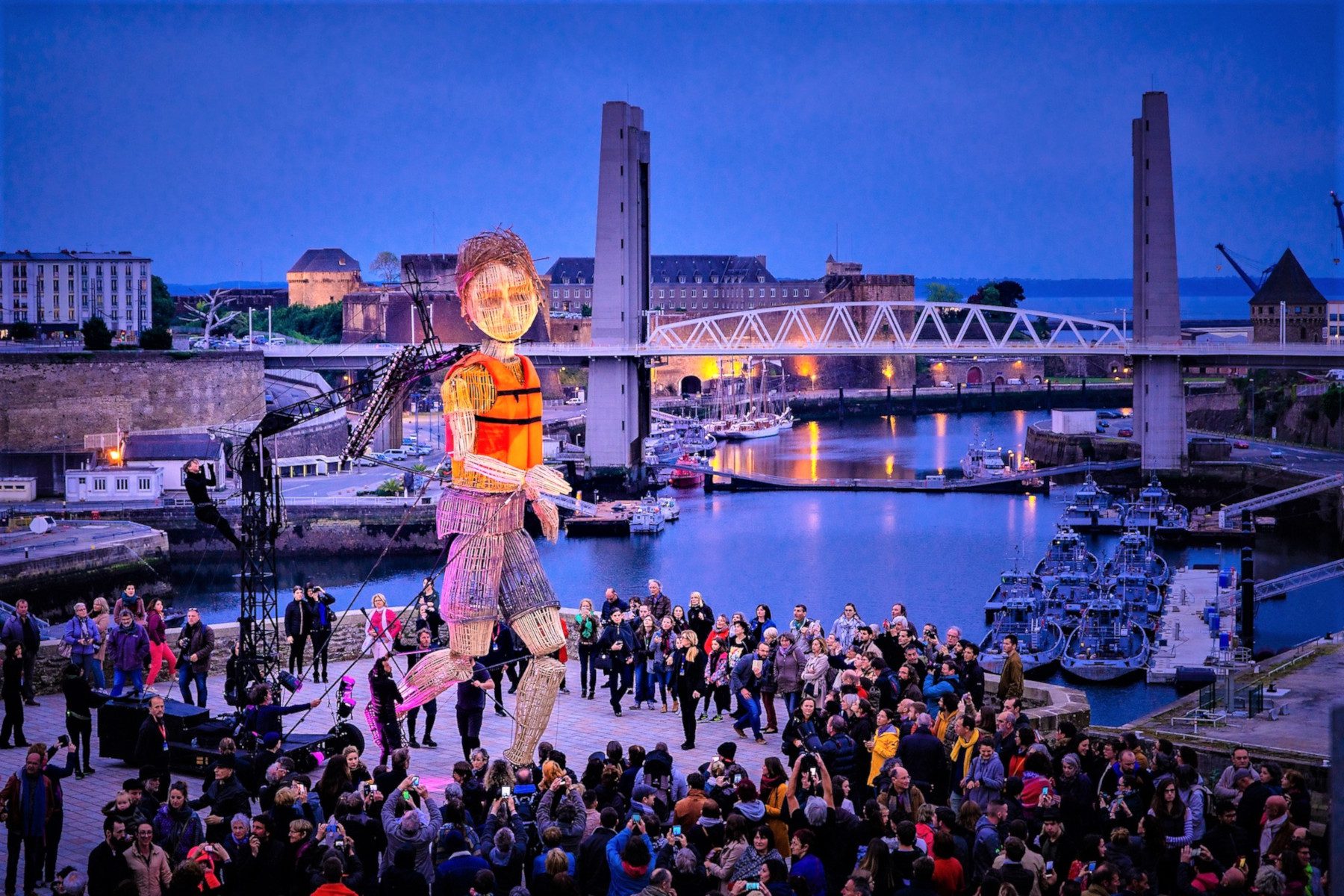 Held in late August to early September, the Freedom Festival Hull is the flagship event in the former UK City of Culture’s festival calendar.

Now in its 15th year and celebrating the life of Hull’s most famous son, William Wilberforce, the 2022 festival will be from 26 August to 4 September.

The city will abound with dance, street theatre, as well as music, debates, exhibitions and community events.

Most of the events are free of charge, although some require advance booking, and held in theatres, museums, galleries, public spaces and empty shops around Hull. You can be assured that the festival will provide excellent entertainment for the whole family.

Highlights of the Freedom Festival Hull 2022

Among 2022’s highlights will be MO and the Red Ribbon (2 September) (main image), a one-off show that brings back the type of grand event that audiences have come to expect as part of Hull’s annual festival. Follow MO through the streets of the city alongside pyrotechnics, puppetry, spectacular displays and plenty more besides.

Portal: A Journey Through Colour is a colourful audio-visual sensory experience staged in Humber Street, (26 August to 4 September), involving a paper wave of colour, lights and sound. Sirens in the Museum Gardens and at the Tidal Barrier (26 August to 4 September), is an interactive audio-visual experience examining representations of women in global society through the lens of ancient mythology.

Details of the 2022 festival programme will appear here.

History of the Freedom Festival Hull

The festival started as a celebration of freedom through creativity in 2007, which marked the 200th anniversary of the passing of William Wilberforce’s landmark act that abolished the slave trade, at least in the British Empire.

Since then, it has grown steadily with more than 130,000 people travelling each year to the Yorkshire city to embrace the festival’s core values and celebrate freedom.

Things to Do in Hull

While in Hull, visit the house where William Wilberforce was born in 1759. Now a free museum, it houses exhibitions that outline the story of the slave trade, its eventual abolition, and the vital role that Wilberforce played. There are also exhibits on modern-day slavery. (Unfortunately this is now closed until further notice).

The Ferens Art Gallery is one of the leading exhibition spaces in the country, and this year it is displaying a portrait of Wilberforce by Sir Thomas Lawrence, for the first time.

For other ideas on what to do in Hull, read Mark Bibby Jackson’s article on the past UK City of Culture.

When is the Freedom Festival Hull 2022?

The festival takes place in venues across the city, for a full Freedom Festival programme click here.

If you can’t attend the Ilkley Festival but are going to God’s Own Country, you could try the Malton Food Festival, the Whitby Folk Festival and the Ilkley Literature Festival.

A flat city, Hull is perfect for walking or cycling. You can hire a bicycle at the Bike Hub, which is located at the city’s Transport Interchange. The festival hub, where you can pick up a programme or get direction from volunteers, is also located here.

Hull has trains from London, Leeds and Manchester. If driving Hull is accessible from the M62, M1 and A1, although you should note that several streets in the city will be closed during the festival, and you are advised to park at the King William’s car park. Parking can be pre-booked.

If you wish to book accommodation for the festival, perhaps you could use our hotel booking page. It scours the major hotel booking sites so that you don’t have to:

For more details on the Freedom Festival Hull

For Things to Do in Hull