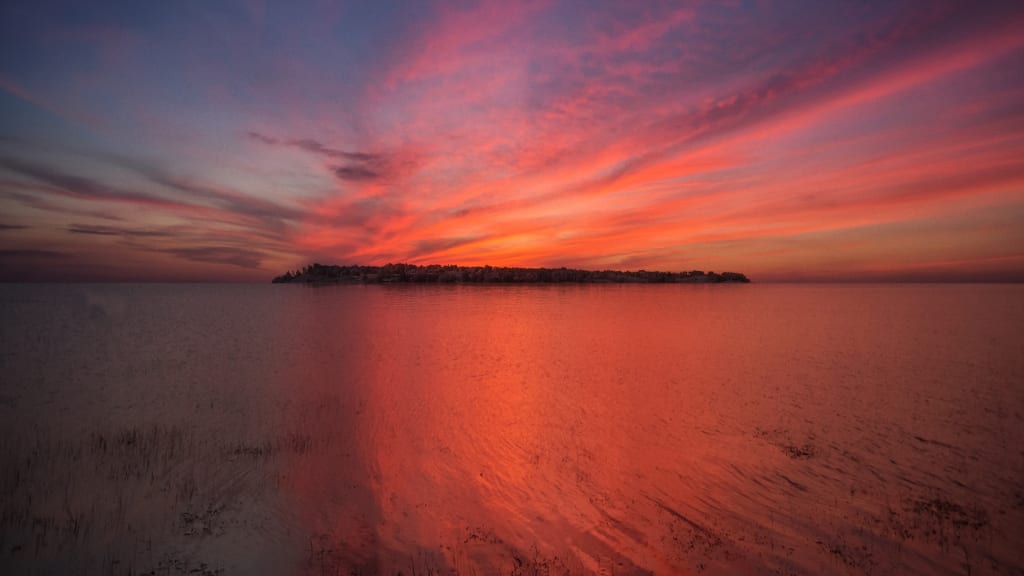 Helsinki Biennial will take place for the first time from 12 June to 26 September on Vallisaari island, located in the Helsinki Archipelago. Uniting the maritime island with the city of Helsinki, the inaugural edition of the biennial, titled The Same Sea, will also extend to the mainland, with artworks and events in the Finnish capital.

An extensive programme of real-life contemporary art exhibitions, workshops, events and educational activities will be available to in-person audiences as permitted by COVID-19 restrictions, as well as a vast array of digital initiatives accessible for remote audiences. Despite the challenges posed over the last year, all announced artists and artist groups will exhibit their artworks as originally envisioned.

Maija Tanninen-Mattila, director of Helsinki Biennial, says, “I believe that in these challenging times, people long for art and cultural experiences more than ever before. As we enter a new reality, it is integral to rethink existing patterns of behaviour and create safe experiences for engaging with art. Helsinki Biennial launches with a future-orientated vision, advocating ecological ethics and celebrating the synthesis of art and nature.”

Jan Vapaavuori, Mayor of Helsinki, says, “This world-class new initiative further enhances Helsinki’s position as a leading creative hub, adding tremendous value not just for its own residents but also for its position on the international stage.”

Helsinki Biennial 2021 presents over 40 artists and artist groups from Finland and across the globe, including 75% new commissions and site-specific works sensitively positioned across its remarkable setting in the Baltic Sea. Approximately one third of the artworks on Vallisaari are located outdoors along marked trails, amidst the natural greenery and diverse flora of the island, and others inside former gunpowder cellars and old residential buildings.

Responding to, whilst safeguarding, Vallisaari’s natural environment, the exhibition The Same Sea reflects upon the ever-pressing notion of interdependence. Curated by Pirkko Siitari and Taru Tappola, head curators of Helsinki Art Museum (HAM), new commissions embrace diverse themes like nature, borders, identities, human traces, time and empathy. A number of artists have taken inspiration from subjects relating to the daily lives of Vallisaari’s former residents and the island’s natural landscape and military history, as well as wider topics around the local and global consequences of human activity and alternative visions of the future.

Some biennial artworks are located on mainland Helsinki, including Janet Echelman’s aerial sculpture1.78 which will be suspended above the city’s central Senate Square during August; and Helsinki Art Museum, responsible for organising the biennial, will host an installation and series of events by Rirkrit Tiravanija and Antto Melasniemi in collaboration with Finnish furniture company Artek.

Also at Helsinki Art Museum is an exhibition of works by Katharina Grosse. In her first solo show in Finland, Chill Seeping From The Walls Gets Between Us, HAM will display two new installations by Grosse that transform the exhibition spaces into massive, all-encompassing spatial works of art. Grosse has also produced a new site-specific work on Vallisaari Island for Helsinki Biennial.

The Helsinki Biennial Inspired collateral programme presents other cultural and artistic events across Helsinki, created in collaboration with the city’s services, communities and residents, and reflecting the themes and motifs of the biennial. For instance, Helsinki’s cultural hub and theatre venue Kanneltalo will present the Climate Confessional, an interactive, sculptural installation from Finnish design studio Paja&Bureau, which allows users to consider the climate crisis.

Other islands in the Helsinki Archipelago offer inspiration and locations for collateral exhibitions; the neighbouring fortress island of Suomenlinna, a UNESCO World Heritage Site, plays host to two group exhibitions So long, thanks again for the fish and Island of Empathy.

Throughout its run, the Helsinki Biennial will be brought to life with a programme of artist-led performances, workshops, and talks. BIOS Research Unit will set up the Vallisaari Research Station within the island’s former fire-fighting depot, hosting seminars and lectures from visiting scientists. Meanwhile artists Dafna Maimon and Andrew Kerton will offer a sensory workshop exploring the digestive system.

Artists at the Biennial

Digital artworks which feature in the Helsinki Biennial can be encountered on the biennial website, including those by BIOS, Gustafsson&Haapoja, and Niskanen & Salo. Selected biennial events will also be livestreamed on social media, and recordings of performance pieces will be made available online, such as those by WAUHAUS, Samir Bhowmik, Meiju Niskala, and Hanna Tuulikki.

Remote audiences can also join live tours with local biennial guides, who will create meaningful, insightful experiences for those unable to travel to Helsinki. In addition, extensive video interviews with exhibited artists will also be available digitally.

Two new interactive VR experiences have been created to transport audiences to Vallisaari island and embrace the biennial’s unique location. Produced by award winning Helsinki-based VR studio Zoan, viewers can immerse themselves in Vallisaari’s natural surrounds, discover historical buildings and journey through its changing seasons. The VR experiences will be available on the Virtual Helsinki platform, accessible with devices like HTC VIVE, VIVE Cosmos, VIVE Pro, Oculus Rift and Oculus Quest. The experiences will also be available for download from Oculus Store in June.

For more information on the artworks and artists participating in Helsinki Biennial 2021: The Same Sea, click here. For more on the Biennial, click here.