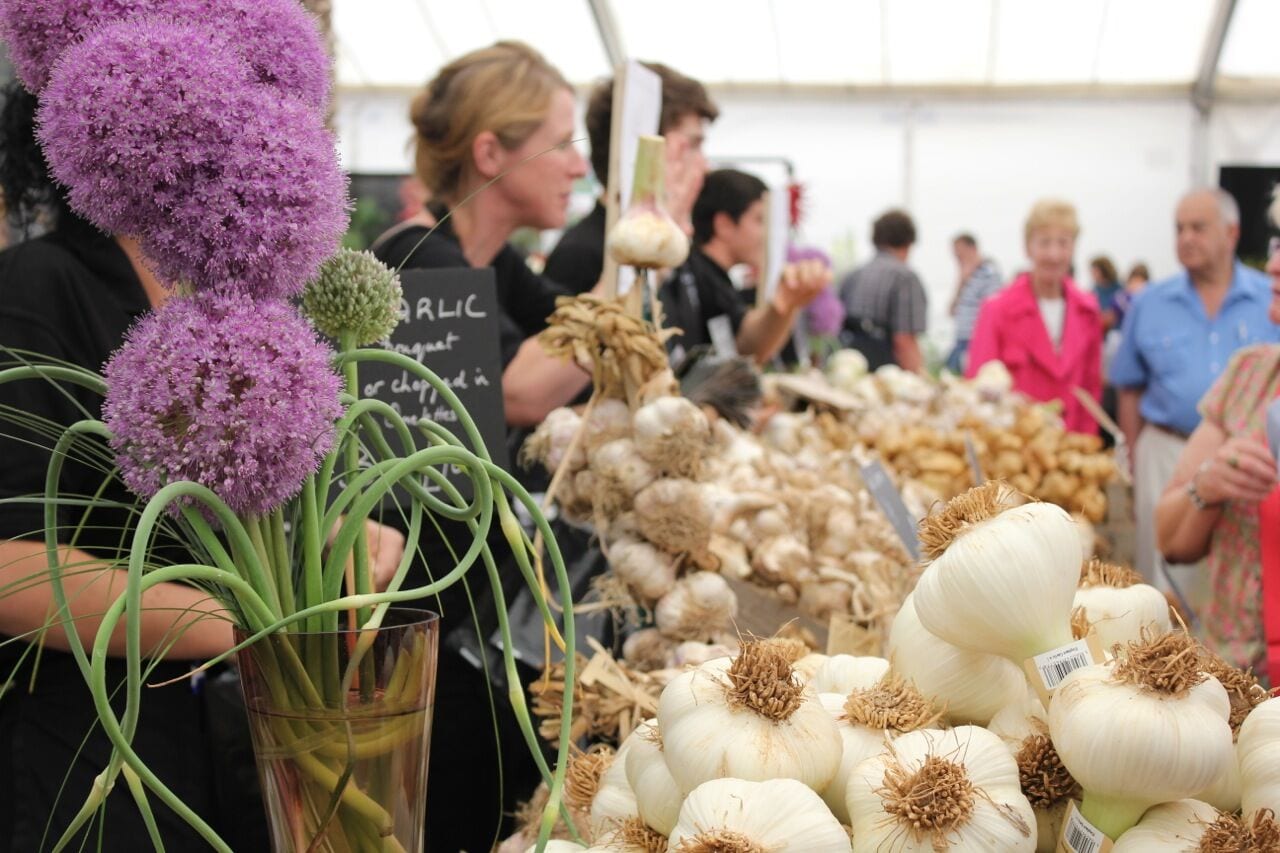 Newchurch, in the centre of the picturesque Isle of Wight, nestling amidst sloping hills, is the perfect location for a festival. It is here that every year in August the Isle of Wight Garlic Festival is held.

Separated by the Solent from Hampshire and quintessentially English with its small coves, compact fields, dramatic cliff faces and small villages, the Isle of Wight still has a touch of the 1950s about it somehow in parts of the island.

History of the Isle of Wight Garlic Festival 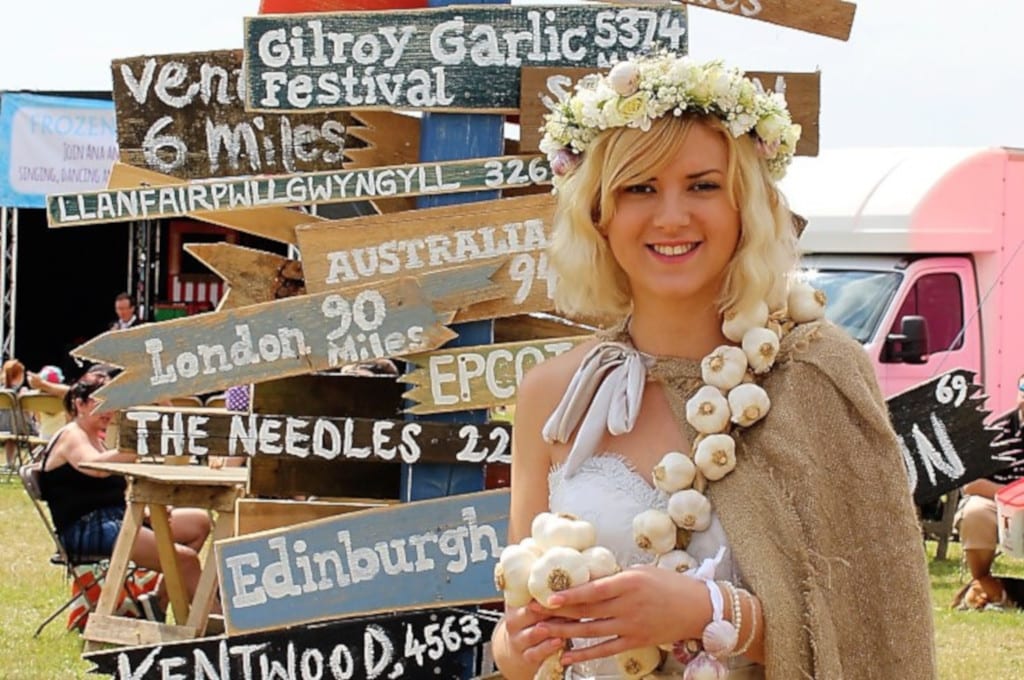 So why is this small part of England famous for growing garlic? Well, the chalky soil is well balanced together with the high intensity of the light, creating excellent conditions for this pungent bulb.

The idea of Mersley Farm – known locally as the Garlic Farm – growing garlic was conceived thirty years ago. Great efforts were made to research the different kinds of garlic and the best ways of producing it. The first chairman of the Sports and Community Committee, was dentist Roy Burrows, who came up with the idea of a charity fundraising festival. He suggested to Colin Boswell, who was growing garlic at his local farm, that he sponsored it and in 1983 the first festival was born. Colin had researched other garlic festivals, and he had even visited the highly successful Gilroy Garlic Festival in Northern California, a large and came back with many ideas along with his questionable breath. To the amazement of the Sports and Community Committee, 5,000 people turned up.

The first Isle of Wight Garlic Festival initially raised funds to prevent the local primary school from closure, because of falling rolls. Having raised sufficient funds to build a large multi-purpose assembly hall, the school is now thriving. The festival continues as an annual event. Charities are encouraged to set up stalls with profits are used to further benefit the Newchurch community.

Need further inspiration for what to do while at the festival, read: Isle of Wight Holidays: Walks, Pubs and Victoria. There will be food and music for all ages with marquees, and cooking demonstrations from island chefs in the new theatre kitchen. Top Michelin star chef Robert Thompson, of the Garlic Farm Restaurant, has displayed his culinary skills in the past. There’s also a beer tent, archery, and a funfair and entertainment for children. A large variety of food is provided at the festival in the food marquees such as hog roast, local burgers, pulled pork baps, sausages – all with or without garlic.

Huge efforts are made to make the festival site as user friendly as possible. Dogs are allowed as long as they are kept on leads and owners clean up after them. Visitors can bring their own picnic if they wish, as there is an area set aside for this and folding chairs are allowed on the ground. However no alcohol or glassware is allowed to be brought into the ground. It should be pointed out to all that a

Events will be published in the Isle of Wight County Press and online a week prior to the show. Programmes and tickets will also be sold on the door. When is the Isle of Wight Garlic Festival 2022

Put 22 and 21 August in your diaries as a must go to. The festival is open from 10am to 6pm. Details of purchasing tickets can be found here.

Unless you are an island resident, you will have to catch one of the Isle of Wight ferries, such as Red Funnel Ferries and Wight Link Ferries. It is advisable to book as early as possible. Southern Vectis buses stop outside the festival.

Accommodation on the Isle of Wight

If you are looking for accommodation on the Isle of Wight, please consider using our Hotel Booking Portal.

Things to do on the Isle of Wight

For more information on things to do on the Isle of Wight, try the Visit Isle of Wight website. Photos c. Isle of Wight Garlic Festival, except photo of jars which is courtesy of  Mersley Farm, The Garlic Farm.