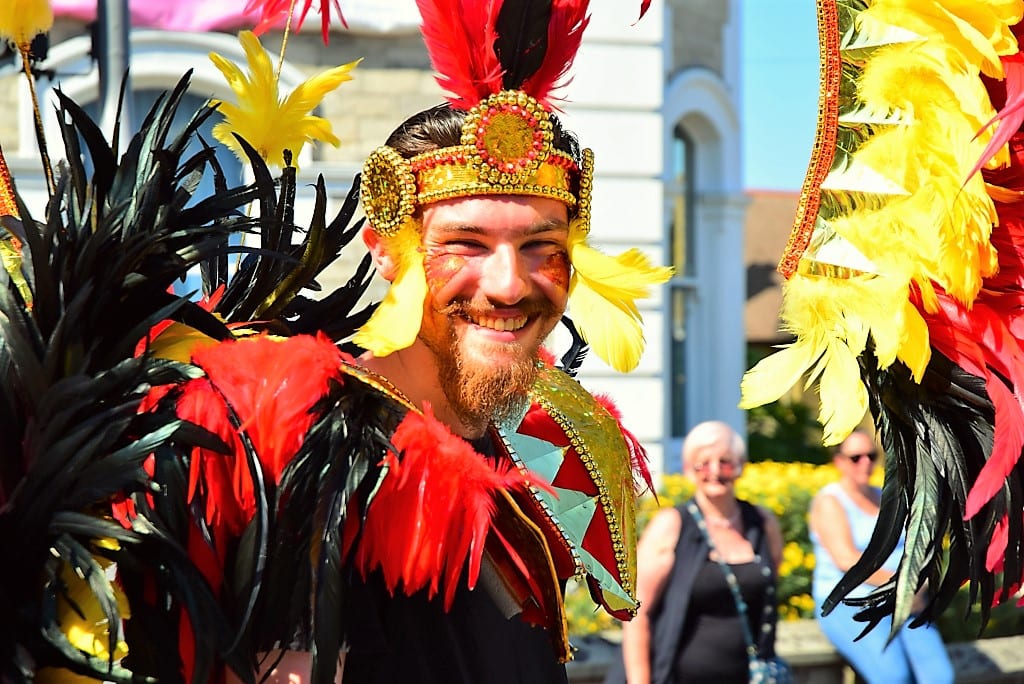 Part of a packed programme of events held each year on the island to the south of England, this year the Isle of Wight Mardi Gras will have the theme, Biosphere Island, in recognition of the island receiving UNESCO Biosphere Reserve status. Celebrating the beauty of the island’s natural environment, this is a spectacular parade created by schools and groups in the island.

Organised by The New Carnival Company, it’s held in the town of Ryde on the final Saturday in June each year. Approximately 30 community groups and schools are involved each year in what is an educational experience as well as fun. Samba bands join visiting groups and arts organisations in a carnival that expresses learning, creativity and performance.

Groups taking part in the parade will choose from specific themes such as red squirrels, dark skies or chalk downs, and local organisations, including the Isle of Wight Zoo and Archaeology Discovery Centre, will host field trips to inspire the participants costume design.

The theme, Biosphere Island, was chosen to support the Isle of Wight’s current bid to become a UNESCO Global Biosphere, which was announced on 19 June.

The parade leaves from Ryde School Playing Fields on Queens Road at 3 pm, before progressing along Queens Road and Newport Street before ending at the Esplanade. A map of the 2018 route can be downloaded here.

When is the Isle of Wight Mardi Gras

To find the best accommodation in and flight to Ryde, please search via our comparison engine, which scans all the major booking sites.

For more information on the Isle of Wight Mardi Gras