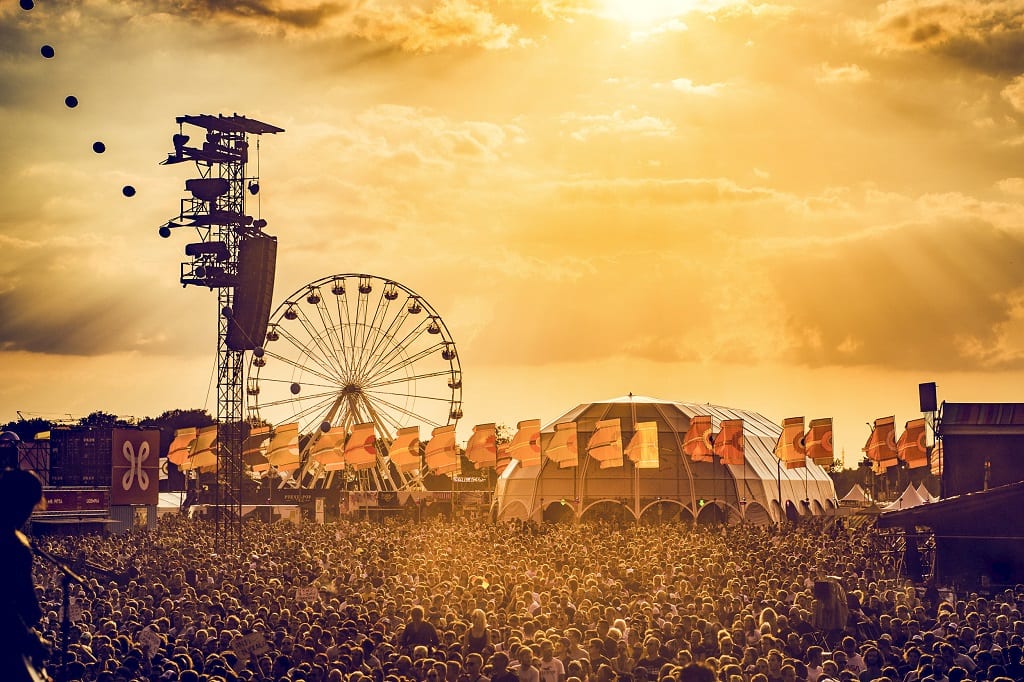 From roaring rock, pumping house and blazing metal to low-fi singer-songwriters, indie and pure pop, young and old will love the Pukkelpop music festival in August featuring one of the most varying and creative line-ups in Europe.

Over 200 music acts – from iconic bands to visionary alternative artists – will populate Pukkelpop’s eight different stages. Attracting over 200,000 revellers last year, the festival has grown into one of the biggest in the Benelux countries. But not only music lovers will delight in this four-day feast – Pukkelpop becomes an extravagant pop-up city with many different activities and plenty of food stalls. Culture enthusiasts will love the street theatre and other entertainment at the Petit Bazar and Salon Fou sites, while foodies will regale themselves on the world-cuisine served up at Food Wood. This summer festival also has a dancing hall and club tents.

First organised in 1985, Pukkelpop is now amongst the biggest of Belgium festivals with recent acts including Limp Bizkit, Ellie Goulding, London Grammar and DJ Mark Ronson. It also has a reputation for attracting talent before they shoot to worldwide fame. Coldplay appeared here in 2000 before releasing the breakthrough hit Clocks, Amy Whinehouse was at this music festival in 2004 before Rehab launched her to fame, and Arcade Fire in 2005 before becoming one of the world’s biggest rock bands – but one of Pukkelpop’s most memorable appearances must have been Nirvana in 1991 a few days before the hit Smells Like Teen Spirit would conquer the world.

The festival presents a variation of international and regional stars with also room for some great local Belgian talent. There are eight stages: Main Stage, Marquee, Dance Hall, Boiler Room, The Shelter, Club, Castello and the Wablief?!-tent.

For a Belgium music festival in the capital, check out the Brussels Summer Festival.

Details of the Pukkelpop 2021 line-up will appear here.

This year Pukkelpop will be from Thursday 19 to Sunday 22 August.

The music festival will take place on a large field nearby the Belgian city of Hasselt which is located some 70km from Brussels. The address is Kempische Steenweg, Kiewit, Hasselt – Belgium. There is facilitated access for people with restricted mobility.

How to get to Pukkelpop

This summer festival is known for its easy-to-reach location. By far, the best way to get to the festival grounds is by public transport. The organisers have included free train and bus transport in the ticket price (see their website for details).

Hasselt train station is about a one-hour train ride from Brussels. From there either take another train to the local train station Kiewit and walk the 10 minutes to the festival, or hop onto one of the free festival shuttle buses that will take you to both the festival and camping sites.

Where to stay at Pukkelpop


There are two large camping sites: setting up your tent at Camping Relax is free, while at Camping Chill it costs 25 Euros – chill or relax, a difficult decision. Click here for more information.

Alternatively, find the best accommodation in Hasselt on our booking portal which searches and compares multiple websites to find you the best deals on hotels: