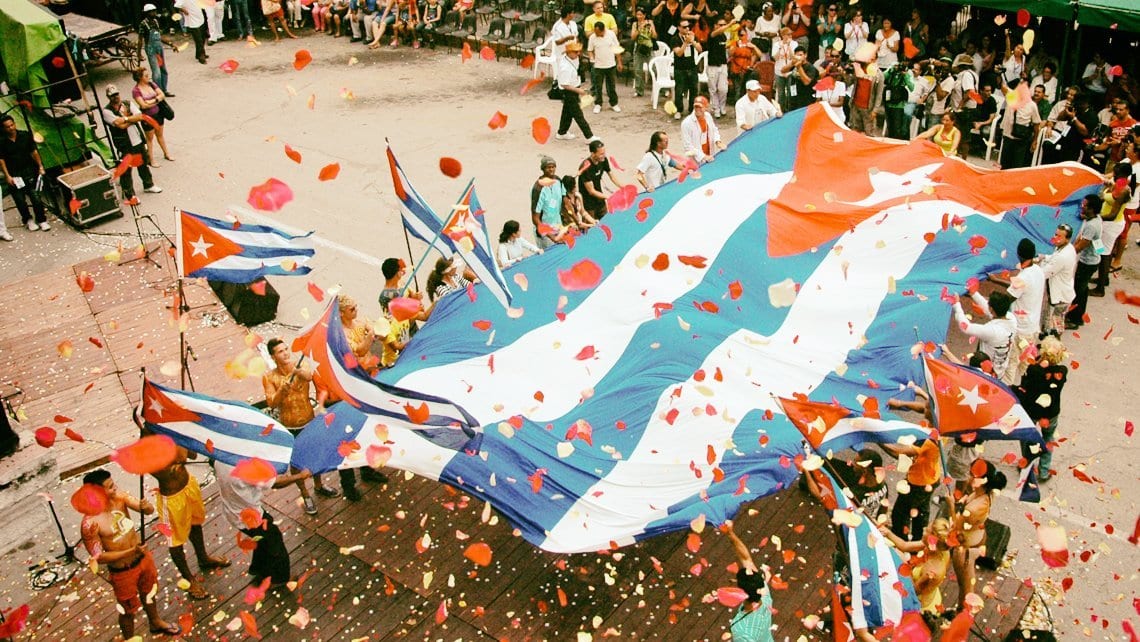 A traditional religious parade Romerias de Mayo has added modern touches, with more than 45 artists from Mexico, Canada, France and, of course, Cuba.

A week of colourful parades and a range of musical acts in one of the biggest Cuban festivals brings the eastern city of Holguin to life.

The music will be varied but includes Cuban traditional, classical, jazz and acoustic. There will be displays of many forms of dance, art and workshops (but many of these will be in Spanish), though perhaps the most visually appealing will be the brightly coloured street processions.

The atmosphere is like a Carnival in many ways, with some groups following a theme or a cultural event, some on floats, and others dressed as famous people or whose costume is highly symbolic or thematic.

This is a great festival in a part of Cuba that is increasingly interesting those of us with a passion for Latin America.

The History of Romerias de Mayo

The festival began in 1790 as a Catholic commemoration of the placing of the cross on Loma de La Cruz (see below) by Franciscan Friar by Antonio de Alegria. Though from 1994 it has diversified and now includes the World Festival of Young Artists.

Other Things to Do in the Region

Holguin is the fourth largest city in Cuba and it has preserved a number of old colonial-era buildings including the eighteenth century cathedral. There are art museums of local history, natural history and the arts. In the town there is the Calixto Garcia Park and above the city make sure to visit the Hill of the Cross, which can be reached by taking the path of 458 steps. From the top, there are sweeping views of the city.

The province is also well-known for the white sand beaches of Guardalavaca, Pesquero and Esmeralda along the northern coast. There is also the national park of Pico Cristal with trails for walking.

When is the Romerias de Mayo Festival?

This event is free as it is basically a street party.

Flights to Havana and getting to Holguin

To find worldwide flights search via our comparison engine, which scans all the major booking sites.

With the growth of tourism in Holguin, the Frank Pais Airport also has some international flights from Amsterdam, Frankfurt, Milan, Montreal, Moscow, Munich and Toronto. It is 8 miles to the southwest of the city.

To find the best accommodation in the area, please search via our comparison engine, which scans all the major booking sites.

For more on the Romerias de Mayo

For more on things to do in the region: