They sure know how to throw a fiesta in Spain, and the annual Santa Cruz Carnival (Carnaval de Santa Cruz de Tenerife) is a shining example of a 12-day pumping party. As Tenerife’s alternative to the Sitges Carnival, this is a feast of colour, music, dance and a dazzling array of extravagance.

Unfortunately the 2021 Carnival has been suspended sue to Covid. We will post details of the 2022 Carnival when they are announced.

Festivities kick off with the Gala Reina – selection of the Carnival Queens – on the first Wednesday of the fiesta. This features a line-up of girls adorning a flurry of feathers, ruffles and beads strutting their stuff on stage. After the winner is chosen, a parade announcing the official start of carnival takes place on the Friday. Alternative side competitions include children and senior’s Carnival Queen, and the flamboyant Drag Queen of Carnival – a top carnival attractions so get tickets quick.

For the next three days, the streets are flooded with thousands of festival-goers watching the various bands, musicians and performers that set up shop throughout Santa Cruz. A rainbow of colour passes through the city in a series of parades, and bodies swing to the sounds of Latin and salsa music.

Thousands gather to watch the parades that mark Carnival Tuesday, or el Coso. And celebrations are officially rounded out the next day with the Burial of the Sardine. A giant effigy of the fish – said to contain the spirit of the carnival – is carried through the streets and set on fire. 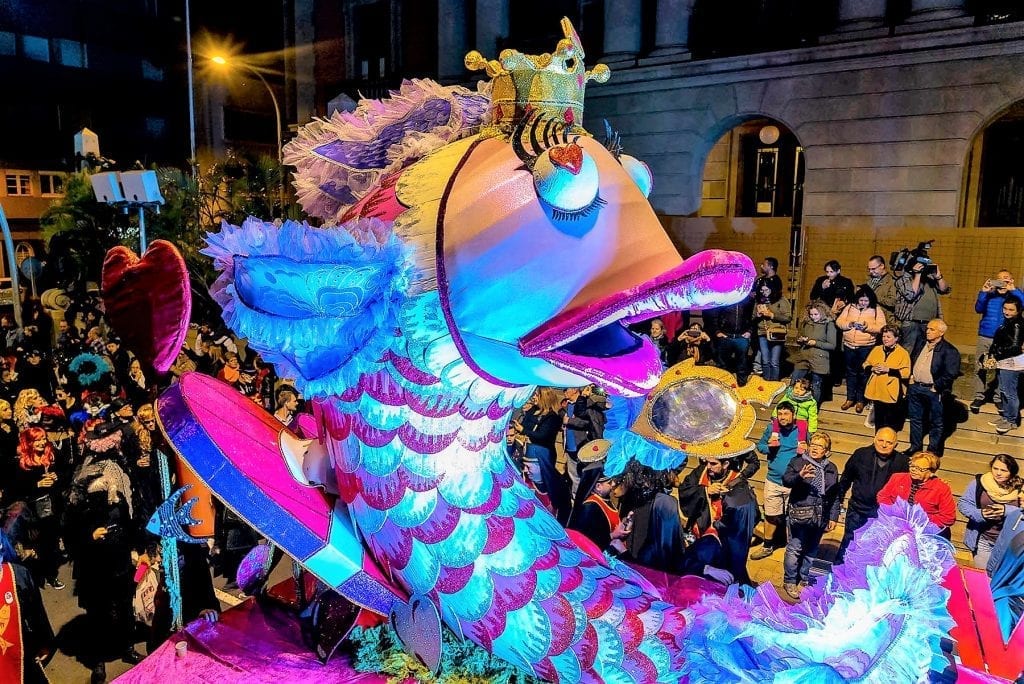 However, in Tenerife they like to keep the party going a little longer, rounding out the 15-days of fun with Piñata Chica celebrations at the weekend. This features a spectacle of shows, dances and more parades.

The Carnival is a religious annual celebration and Santa Cruz’s outing is considered by some as the world’s second-best after the Rio Carnival. Written documents date back to the early-17th century and describe carnival-type fever erupting on the streets of the island’s capital.

The celebration has even defied bans. During the Miguel Primo de Rivera (1923-1935) and General Franco (1940-1960) dictatorships, the festival was officially banned. Despite this it carried on under the guise of Winter Holiday. In 1980, the festivities were officially bestowed the title of Tourist Festival of International Interest. 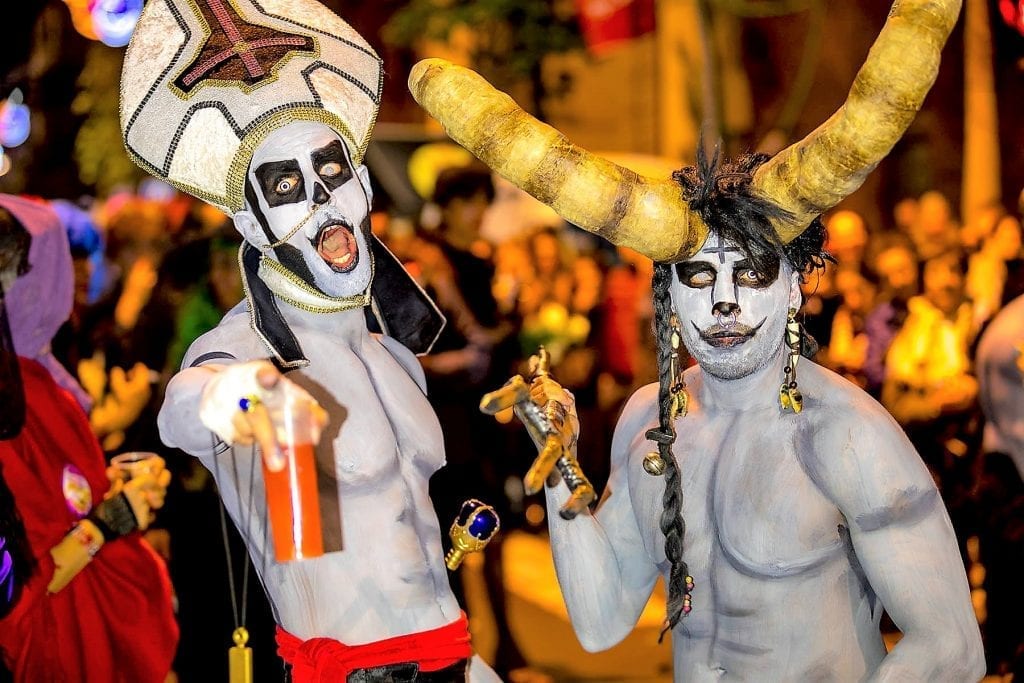 When is the Santa Cruz Carnival 2021?

It’s from 10 to 21 February. As with all events in 2021, it is best to confirm shortly befoe the event as to what is hapening and what safety requirements there are. Also check up with travel restrictions prior to setting out.

Programme for the Santa Cruz Carnival 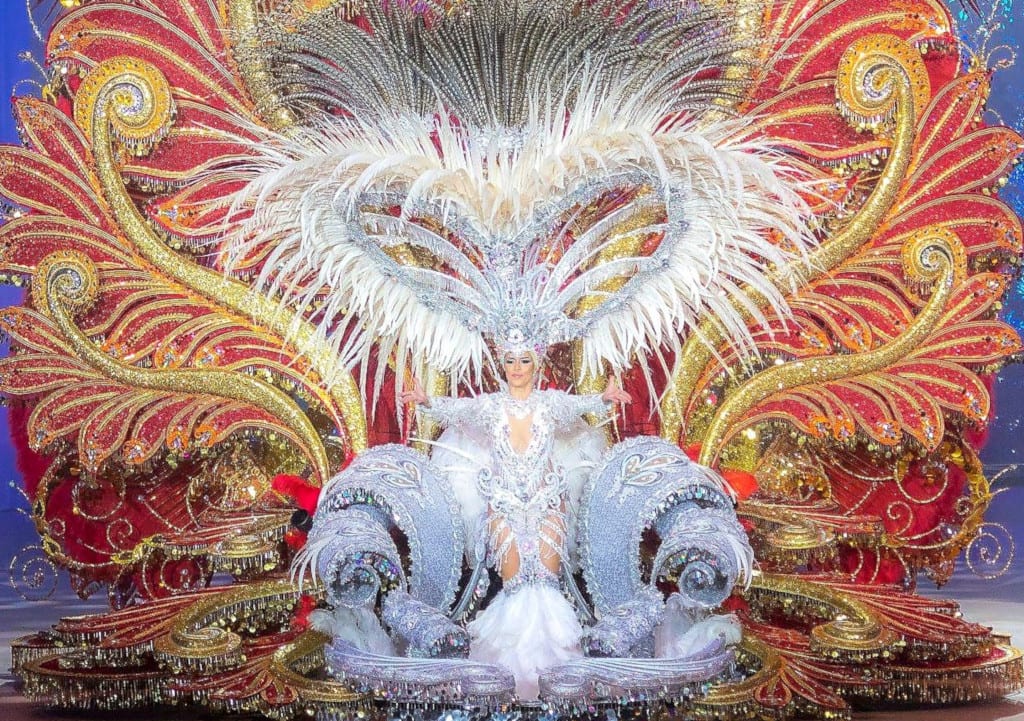 This year’s theme is the deep sea. Among year’s Carnival highlights are:

Towns across Tenerife towns will celebrate the carnival throughout February, including Los Gigantes, Puerto de la Cruz and Los Cristianos.

If you are looking for accommodation during the Santa Cruz Carnival, please fill in the form below. 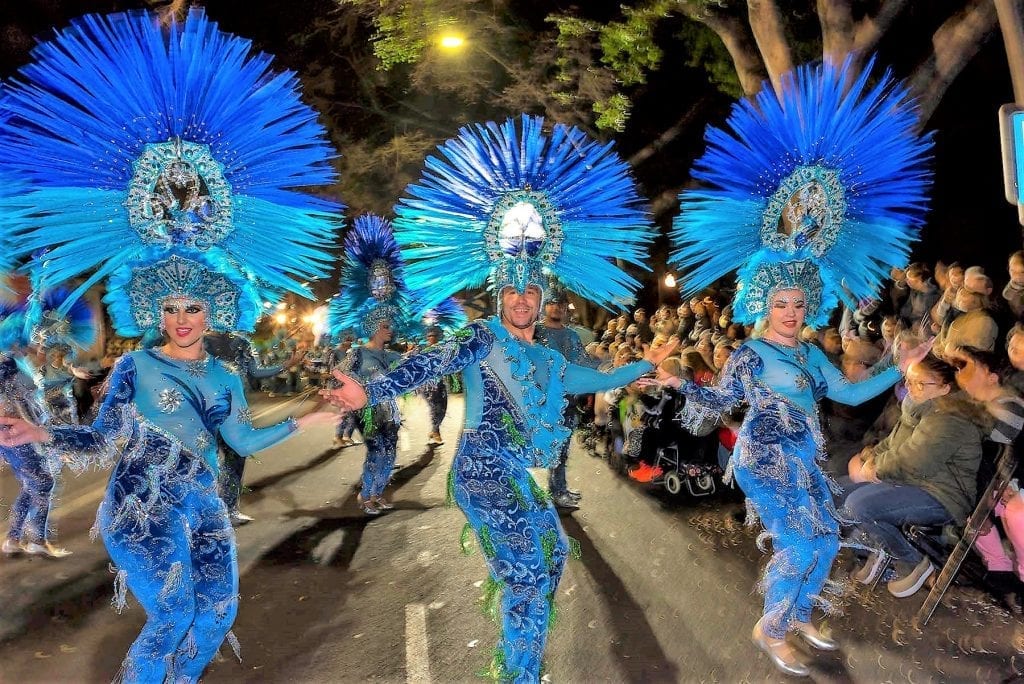 For more information on the Santa Cruz Carnival

Where to See Spring Flowers in the US