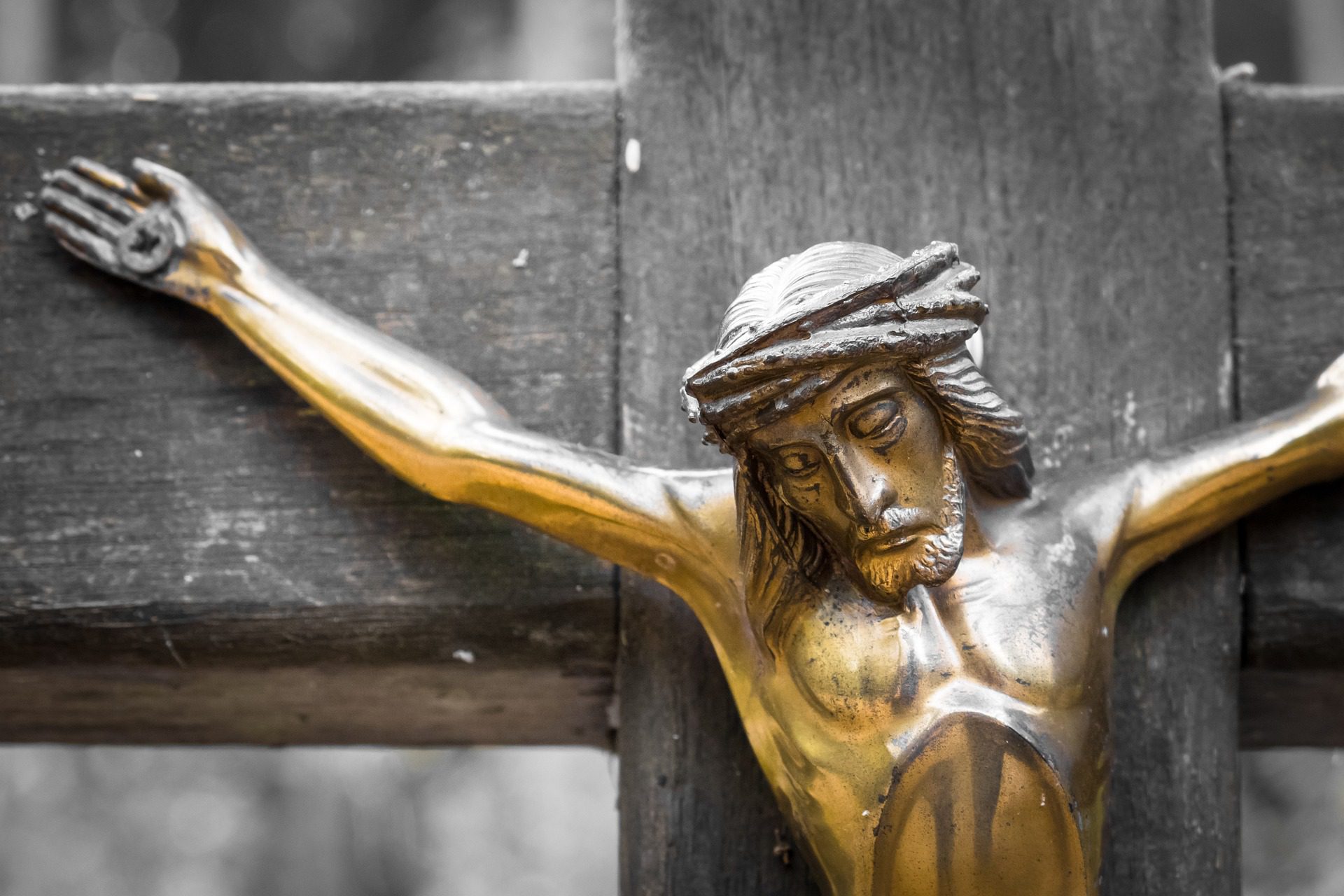 From the US/Mexican border to Tierra del Fuego, Easter or Semana Santa is a key festival for Latin Americans. Elements of the celebrations vary from country to country, though the focus is very much on the final days and the crucifixion of Jesus of Nazareth.

Though clearly religious in nature, this is very much a government-sanctioned holiday, so for many Latinos, Easter is a long weekend of free time and many people take the opportunity to relax — and head for the beach.

The History of Easter

Semana Santa (also known as Pascua), was brought to Latin America with the Spanish and Portuguese Empires, religion being a major justification for imperialism. Christianity continued to flourish after the countries of South and Central America gained independence. Previously, the region was uniformly Catholic, but recent generations have seen a rapid rise in different evangelical churches.

When does Easter begin and end?

Typically, in Latin America, the holiday begins on the Thursday and ends on the Sunday, though there are local variations on this.

What to Expect for Easter

Everything and anything. A better question would be: what would you like to see and do?

Here are some suggestions.

A Passion Play / The Passion of Christ 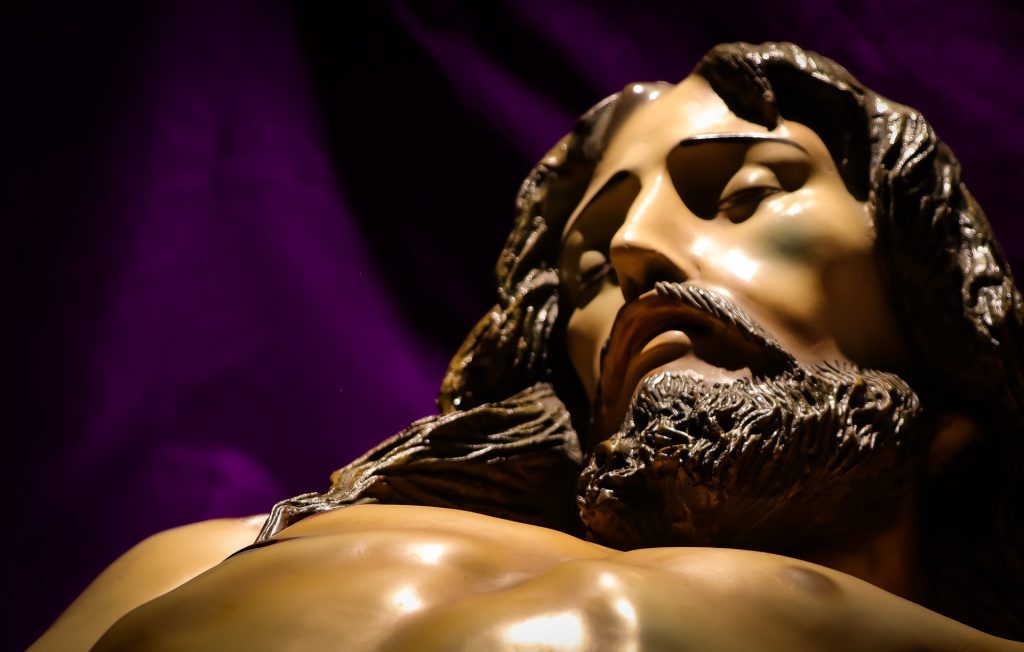 This usually takes place on Good Friday and re-enacts the trial of Jesus, the Stations of the Cross and the crucifixion. Probably the most famous and visually impressive re-enactment takes place in Mexico City in the suburb of Iztapalapa. This dates back to a cholera epidemic in the 19th century and has become something of a national institution with 5,000 participants, 150 speaking roles and up to four million spectators — yes, four million — though this is because this Passion Play takes place over several days, adding performances for Jesus’ entry into Jerusalem and the Last Supper, for example.

Through the years, the creators have embellished the Biblical story with extra participants including King Herod’s harem and an enhanced role for Judas. In addition to the actors, hundreds of people follow as Nazarenes, carrying their own cross and possibly a crown of thorns; or as ‘town virgins’, representing the pure and the innocent.

And on a completely different scale, you can find some local churches putting on a more modest representation of Biblical events, such as the villagers of Tostos, in Trujillo State in Venezuela, where 150 participants turn their village into a recreation of Jesus’ final day.

The Passion of Christ is an emotionally-charged event. It is not uncommon to see the Roman soldiers beating the stuffing out of the poor actor who plays Jesus, as well as spectators weeping openly throughout much of the day.

Often incorporating some elements of the Passion of Christ, religious processions are very common over Semana Santa. One of the most visually attractive is in the colonial town of Antigua, Guatemala, which has many historic churches. The cobbled streets are decorated with carpets of flowers and sawdust and the procession, walking barefoot and dressed in purple, then carries effigies of Jesus and the Virgin Mary over the carpets. A similar tradition, famous in the region, occurs in Ouro Preto, Minas Gerias, Brazil.

Quito, Ecuador, also has a procession of purple-robed devotees; however, with greater intensity. Some of the marchers carry heavy crosses and others also whip themselves as they walk, creating in a directly personal way the Passion of Christ. 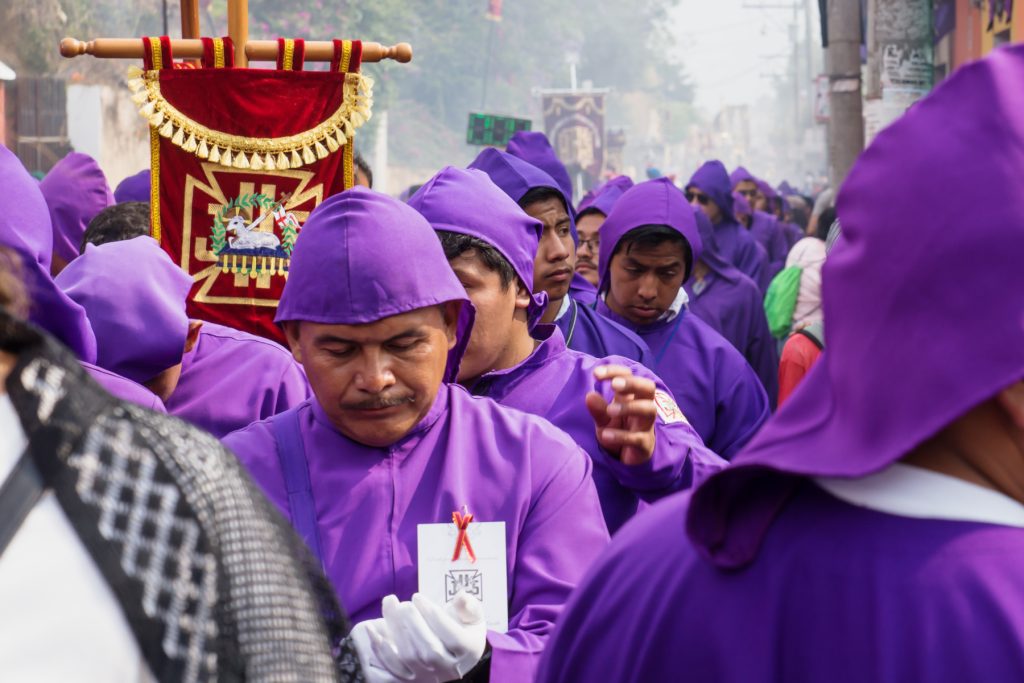 A Pilgrimage: Semana Santa in Copcabana

Copacabana, Bolivia (not Copacabana, Brazil), is a small town on the shores of Lake Titicaca and the end of a traditional pilgrimage from the capital, La Paz, 100 miles away. Pilgrims make the journey to seek forgiveness for their sins. Upon arrival in Copacabana there are two places of particular interest. In the town there is the Basilica of Our Lady of Copacabana, which houses a famous Black Madonna statue, and on the outskirts of the town there is Calvary Hill, which has the Stations of the Cross to complete the long walk.

The town is also famous as people bring their cars here to be blessed by the Virgin of Copacabana. Priests sprinkle holy water to wish for safe journeys. Afterwards, beer is splashed on the sides of the vehicles and rose petals are thrown to satisfy the thirst of Pachamama, the Earth Goddess. 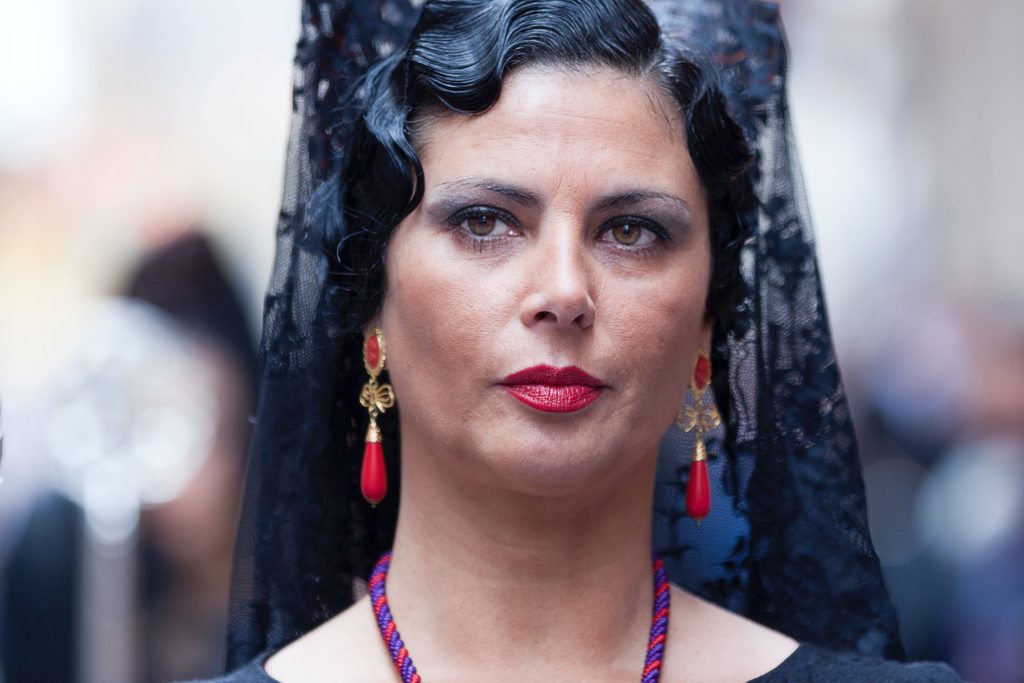 Semana Santa on The Beach

The big holidays in Latin America are Christmas/New Year, Carnival (in some places) and Easter, so it is not uncommon for Easter to be a time to head for the coast. This influx of people to resort areas is often accompanied by concerts, DJs, etc.

One example of this is Tamarindo, on the Pacific Coast of Costa Rica, which hosts a range of beach parties and, unlike many other areas, it is not ‘dry’ during holy week, so the drinks keep flowing.

This article covers many Latin American nations and you really have a huge choice of destinations for Easter. Regarding flights, two general principles:

Firstly, from Europe Iberia has strong links to much of Latin America, so it often makes sense to fly with them to this part of the world.

Secondly, if flying from North America, Miami is in many ways a gateway to South and Central America as well as the Caribbean.

If you are looking for accommodation or flights to Latin America for Semana Santa, please use our booking site.