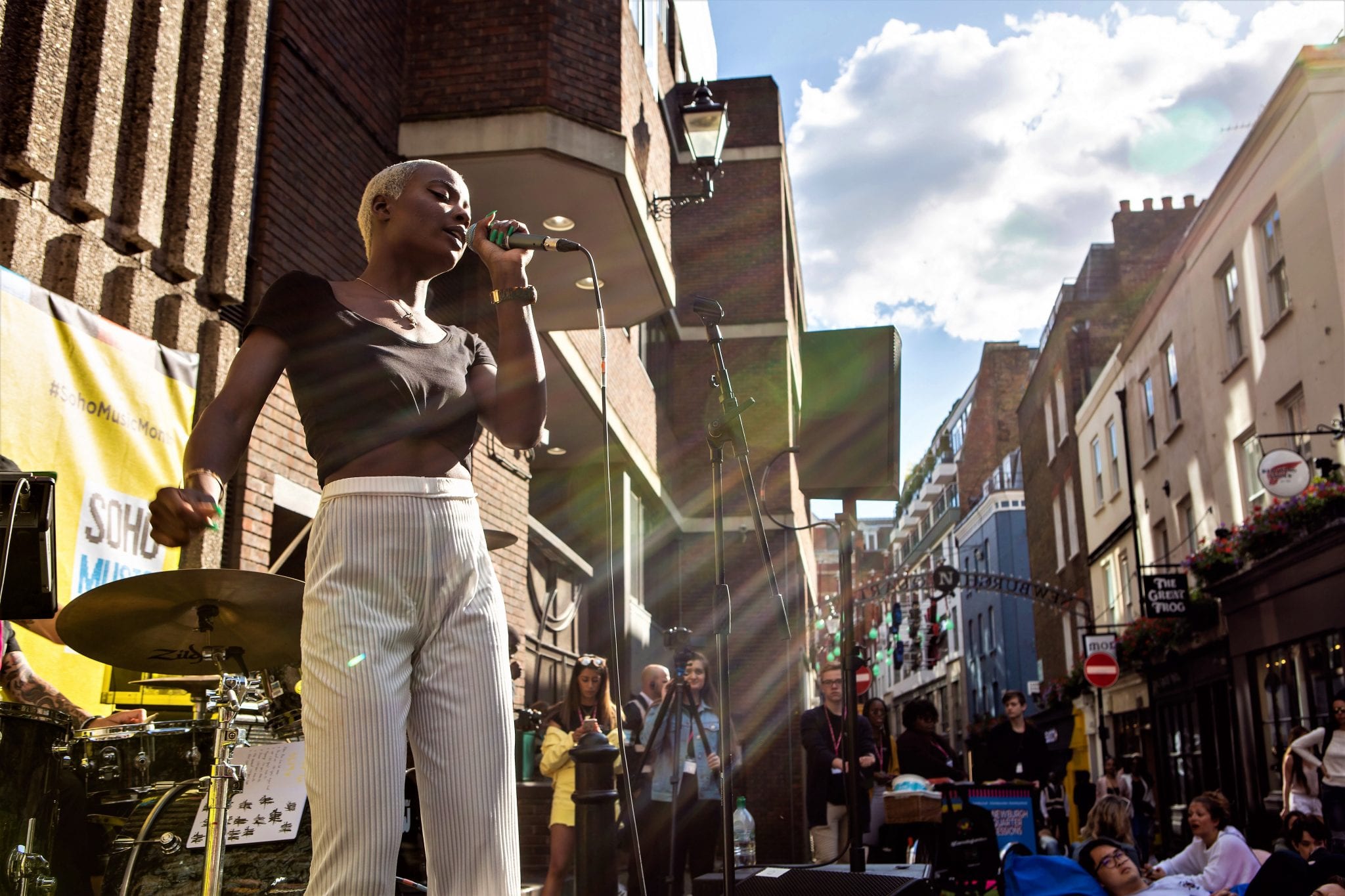 London’s westend will burst into music once again this June with the Soho Music Month, a free music and cultural festival. Hosted in a variety of venues across Soho and Carnaby, the festival will feature some of London’s best and emerging musical talents.

The hub will also host a series of panel discussions with Not For The Radio presenter Duane Jones and AKA Vis, who will be discussing ‘Streaming against Traditional Radio’ with filmmaker Femi Oyeniran.

On Saturday 8 June (12 to 6pm), there will be a celebration for World Oceans Day at Carnaby Street. Bean bags will flood onto Ganton Street with laidback sounds from St Martiins, the sultry vocals of Delilah Holliday, and Ese & The Vooduu People’s electric soul.

Eclectic Music for All Tastes

Throughout the month, enjoy diverse music, including live sets by Baxter Dury and Indie King, as well as 80s pop and cosmic disco on Wednesdays at Söderberg café.

Over 40s can enjoy the line-up at Cahoots’ with Tom Carradine’s Cockney singalong, Auntie Maureen’s 30s gramophone, DJs The Roustabouts. Live music will also pop up in shops, such as Dr Martens, Paul Smith and Levi’s. Free guided walking tours will show the rich musical heritage of the area. Discover where Jimi Hendrix had his London debut, and which hip hop record store hosted open mic nights from Amy Winehouse. Walks will be on Tuesday 4/11 June and Thursday 6 / 13 June.

The Soho Music Month is one of many music festivals and carnivals in London. Read about the Notting Hill Carnival.

Where is the Soho Music Month

When is the Soho Music Month

Throughout the month of June.

For more information on the Soho Music Month