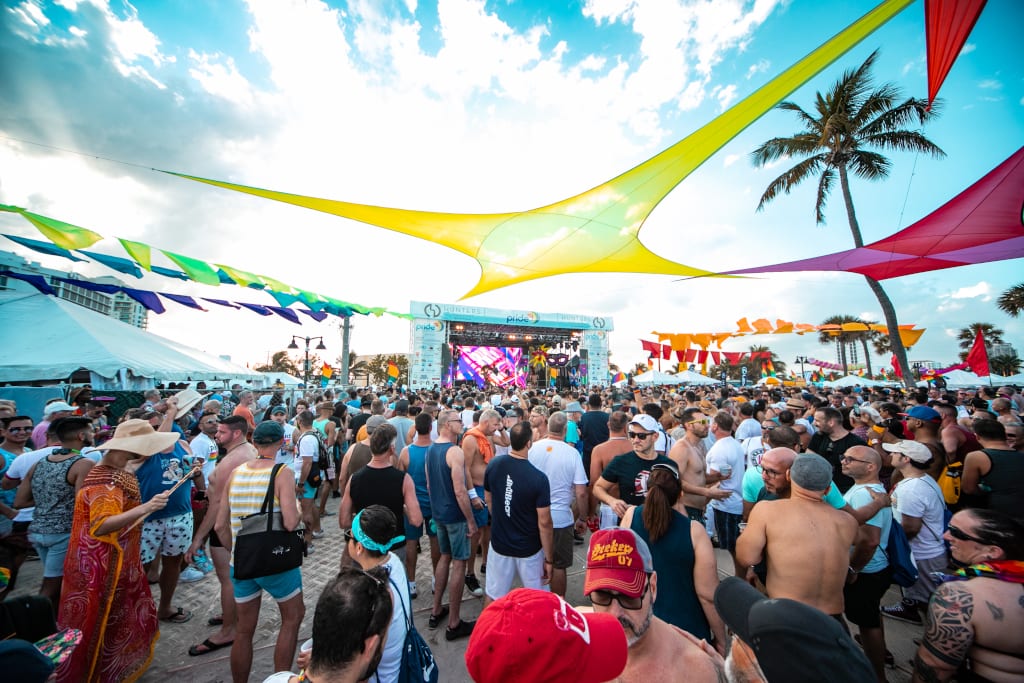 With many beach events, music and a parade, the Pride of the Americas will be turning Fort Lauderdale into one big party.

But that’s not all. The festival will also focus on the inequalities faced by LGBT+ communities in the Caribbean and Latin America. There will be conferences, a symposium on LGBT+ travel, health and wellness, an arts festival and a range of other social events. Fort Lauderdale also showcases its conservation programmes, including those that protect the beaches and sea turtles.

Between Miami and West Palm Beach, Fort Lauderdale is ideal as a host for an event of this magnitude as it has a tourism department that specifically targets LGBT+ visitors and is home to one of the largest concentration of same sex couples in the USA.

The History of the Pride of the Americas

This is the very first Pride of the Americas, though Pride Fort Lauderdale has hosted many events before. One of the slogans promoting the event is “Two Continents. 35 Countries. One Love”.

Some 350,000 visitors, from all around the world, are expected. Pride of the Americas is also an awareness-raising and advocacy movement for the LGBT+ community that invites you to get involved.

Other Things to Do in the Greater Fort Lauderdale Area?

The city is filled with waterways and Miami and West Palm Beach are about 40 minutes away by train. FAT Village and MASS District are centres of creativity for art and music with more alternative shops, bars and hangouts within.

The Stonewall Museum is a cultural space dedicated to preserving LGBT+ culture that can be visited from Wednesday to Sunday.

When it comes to living in Florida, Fort Lauderdale is known as the Venice of the United States because of the extensive waterway system which also had earned Fort Lauderdale the title of “Yachting capital of the world”. Waterfront real estate in Fort Lauderdale is quite luxurious with neighbourhoods such as Las Olas Isles where homeowners can dock their mega yachts in their backyard.

Of course, there’s the beach, beside it is the promenade and nearby the ‘red brick road’ of the river walk. Another interesting stroll is Las Olas Boulevard, which includes Stranahan House that has been preserved in the style of 1900. More ambitious? you can hike into the Everglades, or go diving.

When is the Pride of the Americas 2020

The festival is from Tuesday 21 April to Sunday 26 April. Boy George will headline on the Saturday night.

This is a free event as it is out of doors around the city.

The Fort Lauderdale-Hollywood (no, not that Hollywood) International Airport has the following international connections: Air Canada flies to Toronto and Montreal, United also goes to Montreal, Air Transat and West Jet connect to Toronto, while Norwegian Air have flights to Barcelona, Copenhagen, Oslo and Stockholm. In addition, there are many connections to Latin America and the Caribbean. Domestic airlines serve a wide range of US cities.

Hotels in the Fort Lauderdale area

For more on the Pride of the Americas LGBT+ Festival

For more on things to do in the Fort Lauderdale area