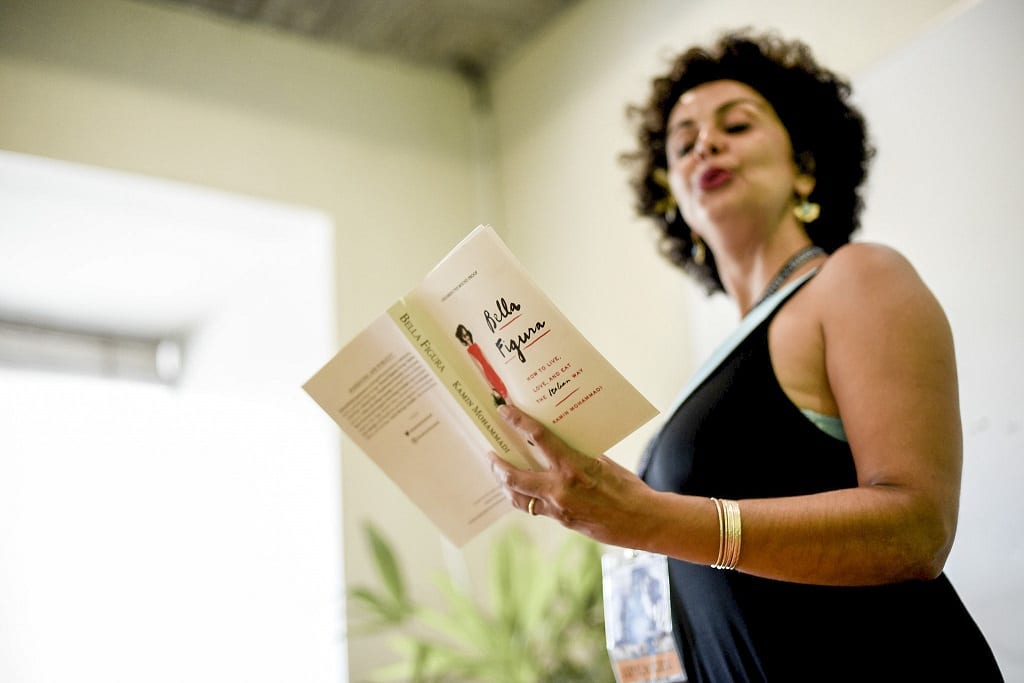 The Ubud Writers and Readers Festival (often called the Ubud Writers Festival), one of the best literary festivals in the world, is held in the central Bali town of Ubud in October and will celebrate its 16th year as what has become Southeast Asia’s leading festival of words and ideas.

A yearly pilgrimage for word lovers worldwide, the Ubud Writers Festival transcends cultural and physical borders, inviting both artists and audiences to enjoy and participate in public discussions, intimate literary lunches, live performances and hands-on workshops where budding writers can learn new skills and get feedback from experts.

What to expect at the Ubud Writers and Readers Festival 2019

Attracting over 150 writers, artists and performers from all over the globe, the theme of this year’s edition is “Karma”, based on the Hindu philosophy where each action prompts an equally forceful consequence which is similar in form. Leading journalists, literary luminaries and emerging writers will engage in conversations to discuss the question of whether we’re fully aware of our actions and their consequences, and what is the best way to respond to the actions of others.

The festival’s organiser, Janet DeNeefe, links this year’s theme of Karma directly with the world’s most urgent issues of global warming and ecological meltdown. While global leaders in positions of power continue to drag their feet on taking meaningful action, the festival’s participants will discuss the meaning of Karma in today’s world, and consider its consequences when we don’t take up our responsibilities.

But there’s much more to the festival than its name suggests, from standup comedy and cinema to live music concerts and parties, while a special Children and Youth programme keeps also the youngest generations interested and stimulated.

For more on this town in Central Bali, check out our Things to Do in Ubud: a Town Hiding in Plain Sight.

The Ubud Writers and Readers Festival 2019 has been named by the UK newspaper The Telegraph as one of this year’s five best literary events.

Glimpsing at the first round of announced storytellers, this year once again promises to be a culturally and artistically diverse line-up with names including Chinese-American award-winning author Jenny Zhang; bestselling author Parag Khanna; Zimbabwean-American debut writer Novuyo Rosa Tshuma who addresses colonisation and decolonisation topics; one of Britain’s most popular food writers Yotam Ottolenghi, together with award-winning novelist Laksmi Pamuntjak from Indonesia who writes about food on the path to self-discovery; Human Rights Watch’s Andreas Harsono will put the archipelago’s minorities and marginalised communities in the spotlight while visual artist and writer Lala Bohang experiments with invisible, forbidden and imaginary matters of Indonesian society; Susan Orlean who is the author of the bestsellers The Library Book and The Orchid Thief; and many others.

Update 13 August: the completed speaker lineup has been released containing many exciting names, including Trainspotting’s household name Irvine Welsh; also from the UK are the writer and BAFTA-winning hip-hop artist Akala and the award-winning writer, poet and playwright Lemn Sissay; from the US there are feminist and New York Times opinion writer Lindy West and Pilitzer Prize finalist, author and journalist Megan K. Stack. More than 180 authors, artists, activists and journalist fill up this year’s exciting lineup, spanning the entire globe from Thailand and Pakistan to Cameroon and Colombia, via Italy and New Zealand. Click here for a complete list of speakers, and click here for the Main Programme events.

For all the latest up-to-date programme information, visit the organisers’ Program Changes page.

Brainchild of Australian-born Janet DeNeefe, the Ubud Writers Festival grew out of a healing project in response to the 2002 Bali bombings. Wanting the world to see that Bali could move on after the bombings, DeNeefe set off to develop the festival which, after starting small in 2004, has now evolved into one of the world’s most celebrated literary and artistic events.

Emerging Indonesian writers will also be presented in an anthology offering visitors a unique insight into Indonesian language, culture, history and mythology. Click here for details of the Emerging Writers Program.

Where is the Ubud Writers and Readers Festival 2019

All of the festival’s events take place across more than 70 venues in Ubud. The Main Programme events are spread out over three different venues which are all located on Jalan Raya Sanggingan, about five minutes from the town’s centre, and are within walking distance of one another. They are: Indus Restaurant, Festival Hub @ Taman Baca, and NEKA Museum.

Accommodation in Ubud and flights

To find the best accommodation in Ubud and worldwide flights, please search via our comparison engine, which scans all the major booking sites.

Further information on the Ubud Writers and Readers Festival 2019

For details of ticket prices and purchases, venue location, how to get there and other festival details, visit the Ubud Writers and Readers Festival 2019 website.