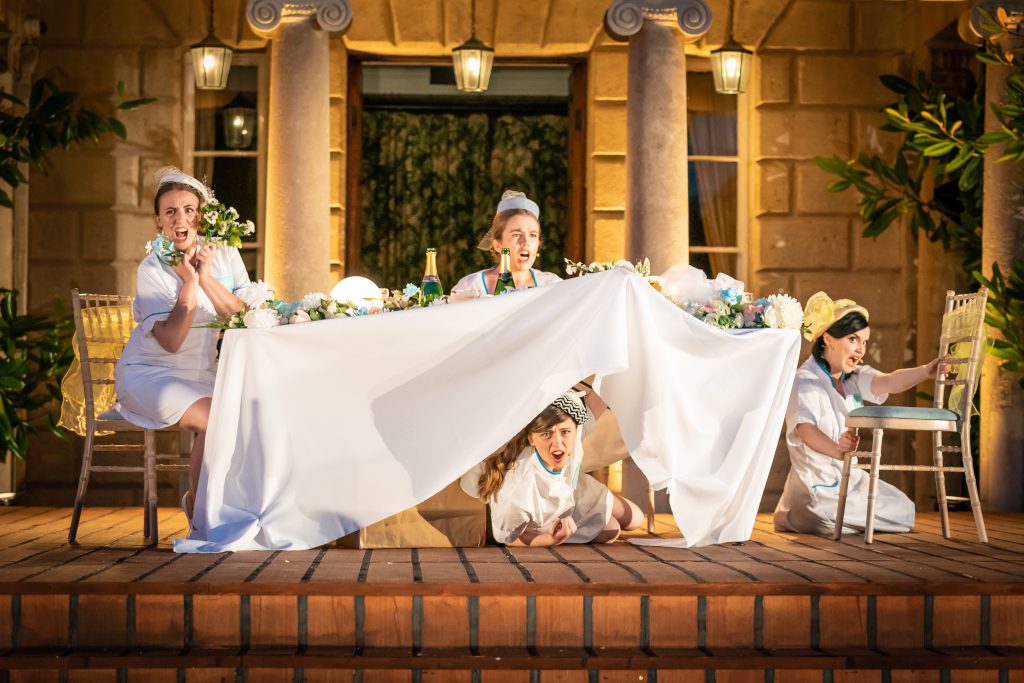 The Waterperry Opera Festival returns to the wonderful gardens of Waterperry House in August.

This year the festival will include eight productions as well as workshops, masterclasses and talks. Performances include: Mozart’s The Marriage of Figaro, Svadba ‘A Wedding’ by Ana Sokolović, Mansfield Park and Prokofiev’s Peter and the Wolf.

The festival will see the UK professional premiere of cappella opera SVADBA in a women-led production directed by Rebecca Meltzer, and conducted by Lada Valešová, with design by Grace Venning. ​Festival Music Director Bertie Baigent conducts five performances of Mozart’s classic, The Marriage of Figaro, directed by Isabelle Kettle and designed by Charlotte Henery.

Bold production invites audiences into preparations for wedding of Susanna and Figaro.

Another wedding, this tme in Serbian as bride-to-be, Miliça, celebrates with friends.

Jane Austen’s novel is reinvigorated with wit and music.

Family-friendly and interactive production of the classic tale.

Song-cycle through love’ highs and lows.

Other concerts perfromed: Figures in the Garden by Jonathan Dove (12/13 August); Flora by Semple/Collinson (18-20 August); and Young Artist Gala (14/19 August).

Read Mark Bibby Jackson’s review of Donizetti’s The Elixir of Love at the 2021 Waterperry Opera Festival.

Where is the Festival?

Tickets for the Waterperry Opera Festival

To discover more about the company and the performances click here.