Index > Events > Within The Reach Of All: The Century Guild

Within The Reach Of All: The Century Guild 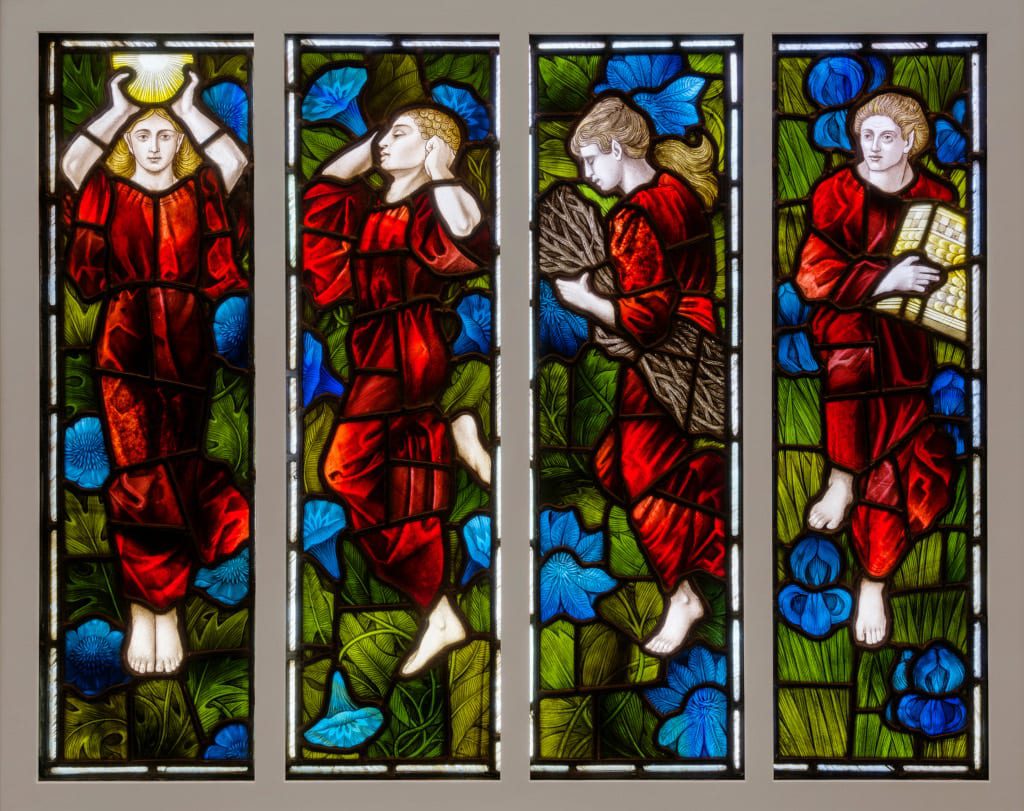 A new exhibition for 2021 will explore the pioneering aesthetics and lasting legacy of the Century Guild, the English group established by artists, designers and craftspeople with the aim of democratising good design and elevating crafts to the status of Art with a capital ‘A’.

Within The Reach of All: The Century Guild at the William Morris Gallery will explore the Guild’s lasting legacy through its influence on Art Nouveau, 20th century design and modern publishing.

The exibition is due to open on 18 May, but subject to change due to COVID-19 restrictions so please check the William Morris website for updates.

The Guild was established in 1882 by Arthur Heygate Mackmurdo (1851 – 1942), a young architect and designer inspired by the work of William Morris. While it never had more than two or three members the Guild included many associates, spanning architecture, painting, furniture, sculpture, textiles, wallpaper and metalwork. The group became very influential both in Britain and internationally during its ten year period. The Guild published a quarterly magazine called ‘The Century Guild Hobby’. It was the first finely printed magazine fully devoted to visual arts and contributed to the popularisation of the British Arts and Crafts movement in Europe. It ran from 1884 to 1892 with contributions from Edward Burne-Jones, May Morris, John Ruskin, Oscar Wilde and Christina Rossetti.

The Guild followed the traditions of the Arts and Craft Movement initiated by Morris and with an emphasis on a revival of crafts with natural forms, and the focus on aesthetics rather than social concerns. It was this shift that later inspired the Art Nouveau Movement. While retaining the values and ideals set out by Morris and John Ruskin, the Century Guild and its associates were socially progressive. The group were connected to some of the era’s foremost thinkers, writers and artists, and their circle included fashionable society. Mackmurdo was a cousin of Richard D’Oyly Carte, owner of The Savoy and the driving force behind the comic operas of Gilbert and Sullivan, for which he designed the dramatic balconies which can still be seen today.

Works by the Guild typically incorporate motifs from the natural world with stylised natural forms evoking the sensation of nature without direct imitation. On display in the exhibition will be wallpapers and textiles intricately decorated with animals and flora such as peacocks, tulips and squirrels. Figures too were incorporated into these designs, something that was highly innovative for the time. Horne’s Bay Leaf Frieze (c.1882) depicts a repeating pattern of kneeling figures in classical robes, playing musical instruments against a frieze of bay leaves. The use of figures alongside sinuous natural forms foreshadowed Art Nouveau.

The Guild also sought to apply the principles of simple, functional architecture into objects for a domestic setting. Furniture designs that will be on display include Mackmurdo’s mahogany chair (c.1882), showing the organic twisting forms of the wooden fretwork inspired by marine botany. Another piece will be a wooden settee (c.1886 – 87) created for Stewart Headlam, an anti-prudery campaigner who supported Wilde financially during his first trial and later offered him his home as a refuge following his prison release in 1897. A writing desk designed c.1886 and demonstrating simplicity of form, suggests an approach which would influence contemporaries Charles Rennie Mackintosh and Charles F.A. Voysey.

The Guild’s prioritisation of vernacular design and local materials went against the prevalent Victorian Gothic revival, with works seeking to reference the past as opposed to direct replication. A commission to decorate a 12-part frieze panel (1889) created for Pownall Hall in Cheshire, features images by designer Selwyn Image that resemble Renaissance murals celebrating the role of patrons of the arts, while emphasising the unified nature of art and craft.

Mackmurdo was responsible for popularising a number of innovative ideas from community-focused architecture and building conservation to modern interior design. In the exhibition will be his publication Wren’s City Churches (1883) and considered one of the first examples of Art Nouveau owing to the artwork on the book’s cover. This was integral to his successful campaign to save from demolition many of Christopher Wren’s baroque churches, a style that had fallen from public favour at the time. In addition, architectural drawings of Mackmurdo’s buildings in the exhibition show how these can be seen as early examples of Modernism.

Within Reach of All: The Century Guild

The exhibition is curated by Roisin Inglesby, Senior Curator at the William Morris Gallery and runs from 27 February to 31 May 2021. Admission is free. Capacity is reduced due to ongoing Covid-19 restrictions and it is advisable to book tickets in advance. Check whether the museum is open due to the UK government’s COVID-19 regulations.

Within Reach of All: The Century Guild coincides with the publication of a new book on the subject, edited by Stuart Evans and Jean Liddiard. Arts and Crafts Pioneers: The Hobby Horse Men and their Century Guild will be published in the UK by Lund Humphries on 28 January.