The sheer number, variety and sizes of festivals in Belgium are staggering for such a small country. Occupying an important part of Belgian culture, they cover everything from UNESCO-protected cultural festivals such as the Carnaval de Binche and historical events like the re-enactment of the Battle of Waterloo, to the arts, film and some of the world’s biggest music events.

That Belgian beer and food is omnipresent goes without saying, while in the country that produced the surrealist master René Magritte, there’s always a touch of the absurd to be found such as the International Bathtub Regatta in the town of Dinant. And if you can’t decide what kind of happening to choose, they go to Gentse Feesten in the medieval city of Ghent – it’s Europe’s largest cultural open air festival, combining everything from music, dance, street theatre and exhibitions, to fun fairs, processions, circuses and parades.

If you visit Belgium in summer, its music events on offer cater to all tastes from the popular mainstream to the obscure niche. The outrageous Tomorrowland is the world’s largest electronic music event in the small but aptly named town of Boom, while other music festivals such as Dour in Wallonia and Pukkelpop in Flanders have built a reputation for being of Europe’s finest. And if you like jazz then don’t miss some of Belgium’s many outstanding jazz festivals like Jazz Middelheim and Jazz Brugge.

In a country where its beer is a UNESCO-inscribed Intangible Cultural Heritage of Humanity, and which produces the world’s best ranking beer, there’s no surprise that there are entire festivals dedicated to it. Belgium’s biggest beer festival is the Zythos Beer Festival in Leuven, but there are plenty of others too.

If your Belgium travel takes you there in winter, then chances are you’ll stumble upon one of its many Christmas markets. While the Brussels Christmas Market – called Winter Wonders – is hailed as one of Europe’s most original, Belgian Christmas markets come in all shapes and formats and are held all over the country. 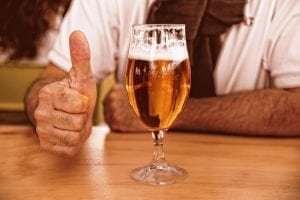 The Belgian university town of Leuven turns into a mecca of beer when the country’s largest beer festival, the Zythos Bierfestival (ZBF), returns for its 17th edition on 24 and…

London in the Time of Coronavirus