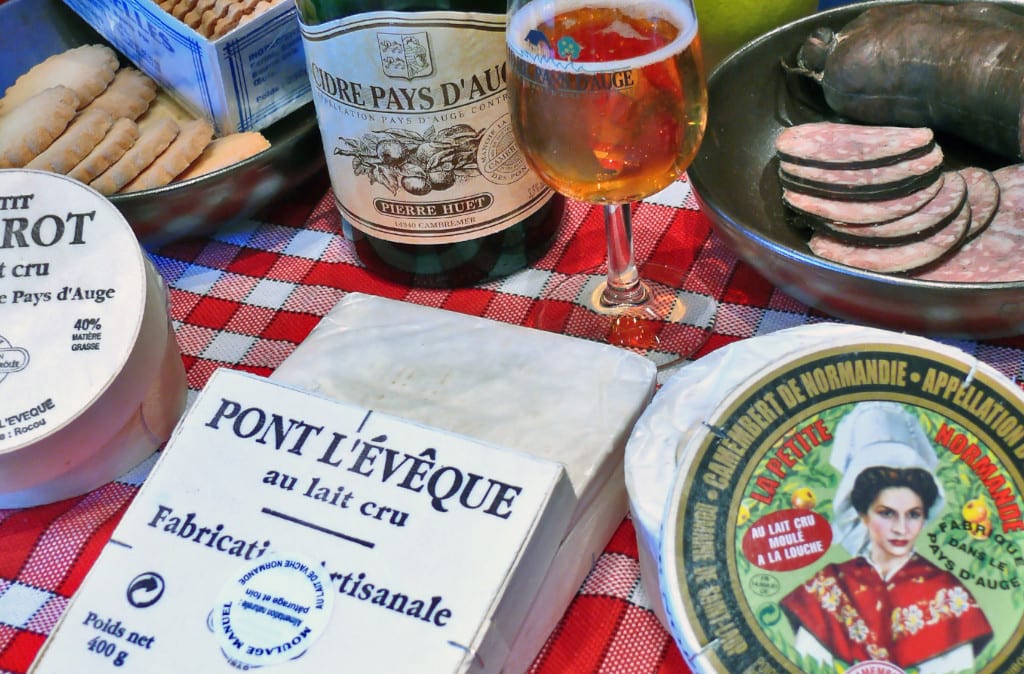 Normandy is a foodie paradise, particularly in autumn, so why not hop across the Channel one weekend and visit some of the food festivals taking place across the region? From seafood to cider, here are five festivals not to be missed this year:

An hour’s drive from the port of Cherbourg, Granville is France’s number one shellfish port and, for this reason, its popular seafood festival Toute la mer sur un plateau attracts around 55,000 visitors every year. Marvel at over 16 tonnes of shellfish, brought fresh off the fishing boats especially for the occasion, visit the market and pop-up restaurants, and enjoy cooking demos, tastings and live music.

Why not head to Honfleur this October to enjoy some of this picturesque port’s finest shrimps at the aptly-named Fête de la crevette? Explore the pirate village, peruse some arts and crafts, or even dance along to a sea shanty or two on the quay. With shrimp peeling competitions, a fish market, live concerts and street performers, this festival has something for the whole family.

Literally translating to ‘Festival of the stomach and Norman gastronomy’, this annual event has been running since 1935 and is a key date in the diary. For two days, Rouen’s historic Place du Vieux Marché is taken over by market stalls manned by local chefs, artisans and producers, all serving and selling delicious Normandy products. Travel by train via Paris or by ferry via Dieppe and take some home with you.

A two-hour drive from the ports of Ouistreham and Le Havre, this festival in the Pays d’Ouche celebrates all things apple cider and cheese as its name suggests, and has become quite the event in Normandy. This year, around 35,000 visitors are expected, alongside a farmers market, cooking demos, free tastings, live folk music and food stalls serving a wide range of Normandy specialties.

An hour south of Ouistreham, the village of Le Sap’s annual cider festival celebrates the art of cider making and the traditional practice of using a working horse to power the apple press, demonstrations of which take place at regular times over the two days. There’s a great atmosphere, with music, dancing in traditional dress, pony rides for the children, and market stalls selling local products.

For a full list of food festivals taking place in Normandy this autumn, visit: http://bit.ly/normandyfoodfests