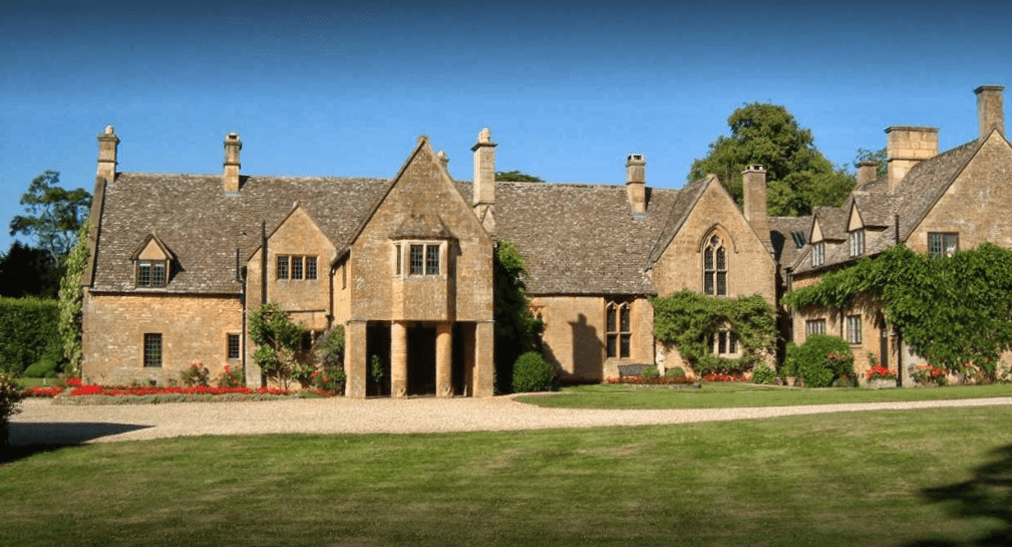 A former monastic manor house, built in the early 1300s, has been judged the UK’s best Bed and Breakfast for 2017 at the prestigious annual eviivo Awards.  Abbots Grange in Broadway, a former summer residence for an Abbot with a penchant for hospitality, has been named Britain’s best B&B for 2017. The awards, now in their fourth year, celebrate the finest B&Bs and independent small hotels in the UK.

The UK’s B&B sector, estimated to be worth £2 billion annually, has had a record year, as a combination of a renaissance in independent accommodation, a weak pound and the Brexit vote have attracted local and international guests to Britain’s centuries-old inns.

The stars of British Hospitality gathered October 19 at the Café de Paris to hear the winners announced.

Abbots Grange, in the Cotswolds, has a long history, originally as the summer manor for the Abbot of Pershore.  In evidence to Thomas Cromwell, a Pershore monk wrote of the Abbot’s colleagues’ penchant for hospitality.  Today, Abbots Grange continues that tradition and features luxuriously appointed rooms with four-poster beds, flat screen televisions and the finest Egyptian cotton linen.  The B&B, set in beautiful grounds, is rated a perfect 5 on Tripadvisor.

Immortalised in fiction, on television and in film, Britain’s independent B&Bs, guesthouses and boutique hotels represent the pinnacle of British hospitality, providing some of UK’s most quirky and unique holiday experiences.

eviivo, the online bookings specialists and hosts of the awards, work closely with independent owners to help them compete on an equal footing with large hotel chains online and market their properties more effectively in the highly-competitive global marketplace.

Paul Saxby, director responsible for the eviivo Awards, said: “Our awards shine a light on some of the finest businesses in the UK’s vibrant hospitality sector.  On behalf of the eviivo team I would like to congratulate all our 2017 winners. Many are small, family-run businesses and their passion and tireless dedication is inspiring.

“Now in their fourth year, the eviivo Awards go from strength to strength.  We have been honoured to have such an experienced and high-profile judging panel for 2017. Competition has been fierce and the standard of the finalists very high.  B&Bs are the bedrock of the British hospitality sector and it is no surprise that demand for accommodation is running at record highs.”

And the winners were:

Located at the end of a 21st century residential road, once through the arched entrance, guests are transported back in time. Rooms have been decorated with gargoyles, dragons and suits of armour. Described by our judges as ‘beautiful, themed and historic’ this year’s winner was built in 1457 and is a listed building with Historic Scotland.

The extraordinary interiors at the Old Hall are decorated in a Jacobean style to tie in with the property’s architecture. No expense has been spared in creating a homely yet indulgent feel, with luxury fabrics and furnishings. The property’s website reflects the quality of the accommodation. Judges loved the simple, clear and beautiful presentation of the property, making it easy to navigate and a pleasure to visit. Judges described the property as ‘eye-catching’ and ‘magical’.

Set in ancient Cumbrian woodland beside the River Lyne, the wooden ecopods are described by the owners as being like ‘camping without the tent’. The pods provide a family friendly holiday, close to nature, at a fraction of the usual cost.  The quirky accommodation at this property is proving a hit, as highlighted by reviews on its website. Judges were impressed by the unusual nature of the accommodation and the experience.

As a working farmhouse and family home for 6 generations, Manor Farm offers guests a home away from home. Judges highlighted the ‘traditional’ and ‘honest’ values here.  Over and above the fine setting, comfortable rooms and excellent breakfasts, the owners’ genuine, friendly and sincere welcome and the way they look after their guests, from check-in to departure, exemplify the very highest levels of service.

Most Creative Name: The Who’d Have Thought It, Milton Combe

The Devon-based ‘Whody’, as it is called by locals, has an eye-catching name and an offer that matches.  Exceptional food and low prices and regular Blue Grass music events, match the unusual name of this 16th century establishment to the experience.

This hotly-contested award, judged by celebrity chef, Michel Roux Jr, went to the Bovey Cottage in Betchworth for a breakfast a million miles away from the traditional full English.  Bovey’s offering included its own bread, baked daily to a Scandinavian recipe, fresh poached pears with Greek yoghurt, compotes with seasonal fruits from the B&B’s garden, homemade pancakes with bacon, blueberry compote and maple syrup and Caribbean bread pudding.  The quality of menus from the three finalists was exceptional.  All three cooked for Chef Michel last week as part of the judging process.  The other shortlisted contestants were The Dolaucothi Arms in Carmarthenshire and The Stonecroft Guesthouse.  Both runners up served full English breakfasts as part of their entries.  The Dolaucothi Arms catches local salmon and smokes it on the site.  The Stonecroft also served vegetarian Kedgeree and mushrooms on toast flavoured with Garam Masala.

Abbots Grange in Broadway, a former summer residence for an Abbot with a penchant for hospitality, has been named Britain’s best B&B for 2017.