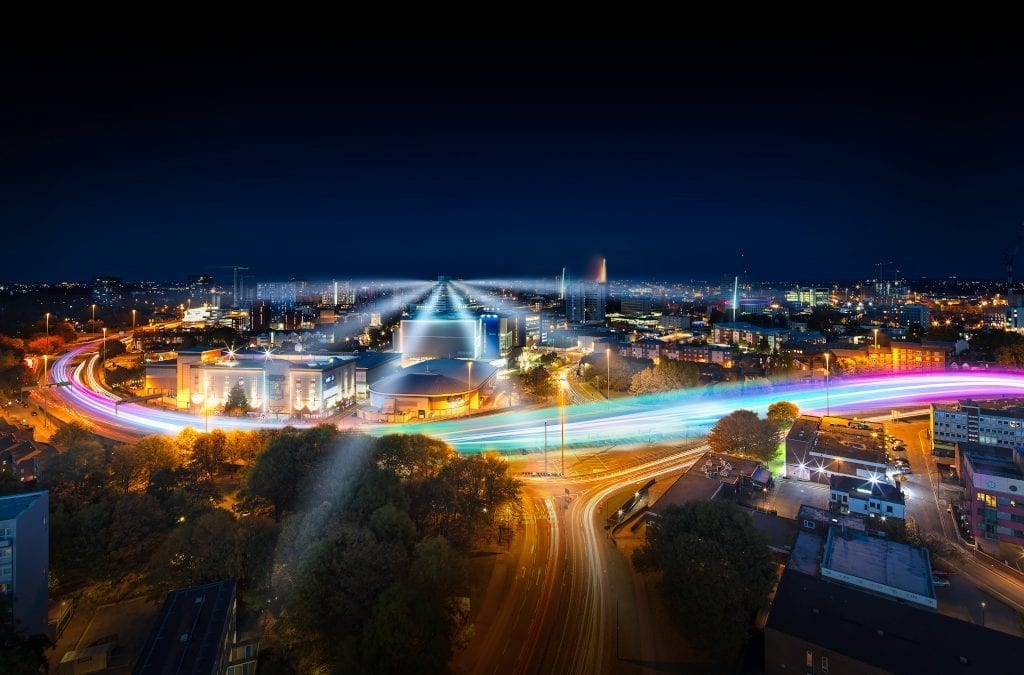 Rooted in the rich history of the city and celebrating the stories of the people who have made it their home, the programme also addresses the issues that communities are faced with today while imagining what the future holds.

The events announced today are the first sight of the ways in which Coventry 2021 is radically rethinking what a City of Culture, and its legacy, means to the region and audiences locally and internationally. They are a preview of some of the early plans for City of Culture ahead of a full programme announcement in January 2021.

All events are being planned in a flexible and responsive way, to allow them to be presented next year in line with the guidelines at the time they take place. The programme shows the ways that Coventry City of Culture and its artistic partners are tackling the challenges presented by Covid-19, and innovating how events are created, and how audiences can get involved.

The programme  reflects Coventry as a diverse and modern city, moving forward and embracing culture, to connect communities and change lives. Coventry is known internationally as a city of welcome, a city of activists and pioneers, a city of peace and reconciliation, a city of innovation and invention, and now a City of Culture.

Co-created with local and national partners, and grassroots organisations across Coventry, the 2021 programme will include major artistic events, world premieres and commissions across theatre, music, dance, literature, comedy and visual arts.

Coventry Moves will open the year of culture on Saturday 15 May 2021. The performance will creating a powerful and diverse vision of our future forged with people from the city and from its history. It will see the city transformed in an event delivered across multiple formats from city wide participation, installation, performance, movement and digital and broadcast channels.

Internationally-renowned producer, Nigel Jamieson (who has created opening and closing events for the Commonwealth Games, Pacific Games, World Expo and the Openings of the European Capital of Cultures in Liverpool and Aarhus, Denmark) and Deputy Artistic Director of the Belgrade Theatre Coventry, Justine Themen, are co-directing the project. Six young creatives from the city were announced today, who will play a central role in the creative concept, narrative and production of the event. They are Hannah Beck, Marius Mates, Sachin Sharma, Sibongile Mkoba, Sebbie Mudhai and Semilore Kaji-Hausa.

June – July: Opening in June ‘Tides Within Us’ is a major new site-specific production created by leading digital artists Marshmallow Laser Feast. Combining audio storytelling and awe-inspiring digital installations, visitors will be taken on an immersive journey through London Road Cemetery and Charterhouse Fields tracking the flow of oxygen through our bodies and the way this echoes the ecosystems of the natural world around us. It is commissioned by Coventry City of Culture Trust and co-produced with York Mediale, an international media arts organisation and presented in partnership with Historic Coventry, Warwickshire Wildlife Trust and Coventry City Council, with support from the National Lottery Heritage Fund.

September – January: The Turner Prize 2021 will take place in Coventry at the Herbert Art Gallery and Museum. The exhibition of the Turner Prize’s shortlisted artists will be from 29 September 2021 to 12 January 2022, with the announcement of the winner on 1 December 2021. The 2021 jury, also announced today, is the actor, Russell Tovey; director of London’s Chisenhale Gallery, Zoé Whitley; director of Delfina Foundation, Aaron Cezar; and Programme Director of Grand Union, Kim McAleese.

One of the world’s best-known prizes for visual artists, the Turner Prize aims to promote public debate around new developments in contemporary British art. Established in 1984, the Turner Prize is awarded to a British artist for an outstanding exhibition or other presentation of their work in the previous twelve months. This is the first time the awards have visited the West Midlands.

October – January: The Coventry Biennial (third edition) will take place across Coventry and Warwickshire with a four-month programme dedicated to visual art and culture. The 2021 Biennial considers what makes Coventry and the surrounding area unique, while also reflecting on an increasingly complex world. Taking the title HYPER-POSSIBLE, the biennial will explore the legacies of artist-led networks, activism and ways of teaching that have emerged from and through the local area since the 1960s. Ayo Akingbade, Ryan Christopher, Faye Claridge, Laura Dicken, Georgiou & Tolley, Grace Ndiritu, Alan Van Wijgerden, melissandre varin and Duncan Whitley are some of the first confirmed names participating in Coventry Biennial 2021.

October: Rivers of the World: A public showing of artwork created through the Rivers of World project, led by the Thames Festival, in partnership with the British Council with support from Coventry’s Open Theatre. Rivers of the World encourages young people to consider our relationship with the environment, inspired by being a river city. For the first time in the project’s history, Special Educational Needs and Disability schools (SEND) are the focus, with eight SEND schools in Coventry working with SEND schools in Tanzania. Pupils will work with artists Colin Yates and Amanda Randell, trained by lead artist Shona Watt, to create beautiful river-inspired artworks. A key focus will be to celebrate and re-engage with Coventry’s hidden historic River Sherbourne, which disappeared from sight beneath urban development in the 20th Century.

June: Coventry UK City of Culture mark the arrival of The Walk to the city. Coventry is the UK’s only City of Peace and Reconciliation and has throughout our history welcomed people to find a home in the city from places of war, destruction and conflict   It have also welcomed in recent times many unaccompanied minors to the city who have travelled from the middle East.  As Little Amal arrives in Coventry during the city’s Coventry Welcomes Festival, Coventry UK City of Culture will work closely with the Coventry Refugee and Migrant Centre, schools, and local residents in the city to greet her. The Walk is one of the most innovative and adventurous public artworks ever attempted, centred on the 5,000-mile journey of Little Amal, a 3.5 metre-tall puppet of a young refugee girl. It is created by Good Chance Theatre, Stephen Daldry, David Lan and Tracey Seaward with the world-famous creators of War Horse, Handspring Puppet Company.

June: In 2021, the UK Asian Film Festival (UKAFF) will be presented in association with Coventry’s largest professional theatre, the Belgrade Theatre. The programme will celebrate the centenary of the acclaimed filmmaker Satyajit Ray with a selection of premieres based on the theme of ‘Ray of Hope’. Film lovers in Coventry and across the West Midlands region will also have a chance to shape the programme by taking part in UKAFF’s acclaimed film curation training led by academics, film curators and journalists.

July: The Belgrade Theatre will co-produce a series of performances alongside national new writing company, Paines Plough in their unique and intimate pop-up theatre ROUNDABOUT. Known for hosting plays by some of the nation’s finest writers, it will go out into the Coventry community and host plays by four writers. Further details will be announced at a later date.

August: CastAway is a major new outdoor theatre show by Coventry-based company Highly Sprung highlighting the environmental crisis. Performed by an all-female cast, it combines movement, gesture and dance on a stage of floating plastic and takes its inspiration from the Great Pacific Garbage Patch (located between Hawaii and California) – a floating island of everlasting plastic that has now grown to six-and-a-half times the size of the UK. Fuelled by their need to better themselves and outdo each other, the characters shift, glide and collide, to the detriment of their plastic flotilla of bottles, bags and single-use straws until a gentle whirl of light appears – twisting, turning and floating high above them.  Imagined to be staged on the water in Coventry’s Canal Basin, an important heritage site and now a focus of cultural investment and activity, following its premiere, it is planned to tour the canals and rivers of central England.

September: The Royal Shakespeare Company (RSC) plans to present a new co-commission, Faith.  Conceived as a theatrical production that can be enjoyed by audiences while social distancing, it is led by RSC Deputy Director, Erica Whyman, Associate Director Jen Davis, and Coventry based writer Chris O’Connell, playwright Chinonyerem Odimba and with Design Consultant, Tom Piper. Influenced by Shakespeare and the Coventry Mystery Plays, Faith is a 24 hour invitation to find out what keeps each of us going in tough times, and how people of faith and of no faith understand and celebrate the chapters of their  lives. Told through music, theatre, installation and ritual, it will unfold an epic overarching story, culminating in an extraordinary moment.

September: Theatre of Wandering is the created by acclaimed director Naoki Sugawara’s company, OiBokkeShi, working with Entelechy Arts. The project builds on the experience of those living with dementia, whilst allowing others to experience the changed boundaries of fiction and reality that this brings. At times playful, and poignant, the theatrical experience takes place across Coventry and involves shopkeepers, care workers and care home residents of all ages, working together to create and perform.


July: Small Bells Rings is a new co-commission between Super Slow Way, an arts programme shaped by local communities, and acclaimed artist collective Studio Morison. A specially designed canal boat will house the largest collection of short stories in the UK, which have been selected by a number of artists, librarians and community members working in collaboration with Coventry Libraries and Information Services. A moving tribute to the written word, it will travel the 5.5m of the Coventry Canals and ring a small bell each time a book is taken from the library.

July: Terry Hall presents Home Sessions is a three-day event in the heart of the city. Curated by Coventry’s own Terry Hall, perhaps best known as the lead singer The Specials and Fun Boy Three, Terry is curating a festival programme of intimate gigs and events across the city that blends international legends with contemporary pioneers and which reflects on the rich musical history of the city. The line-up will feature multiple genres, from musicians to DJs, including Hall’s former collaborators and influencers, emerging new musicians from Coventry and performances by Hall himself.

12 – 15 August: CVX Festival is a pioneering three-day arts activism event curated by young people in the city around the themes of community, unity and social change. CVX will bring together local, regional and national artists using their platform as role models to stand up for young people and take a stand against violence. Launching to coincide with International Youth Day on 12 August, it will empower young people across Coventry to creatively tell their stories. Rapper Jay1 will be a lead ambassador for City of Culture and will co-produce live music for CVX with his brand ONE Wave, which invites young people in the city to collaborate in spreading messages of peace and unity, and highlights how positive role models and creativity can transform lives.

The Changing Trax programme, funded by Youth Music and the Positive Youth Foundation, Coventry City of Culture, will feature within the festival.

Stay in an Arctic Igloo Bubble