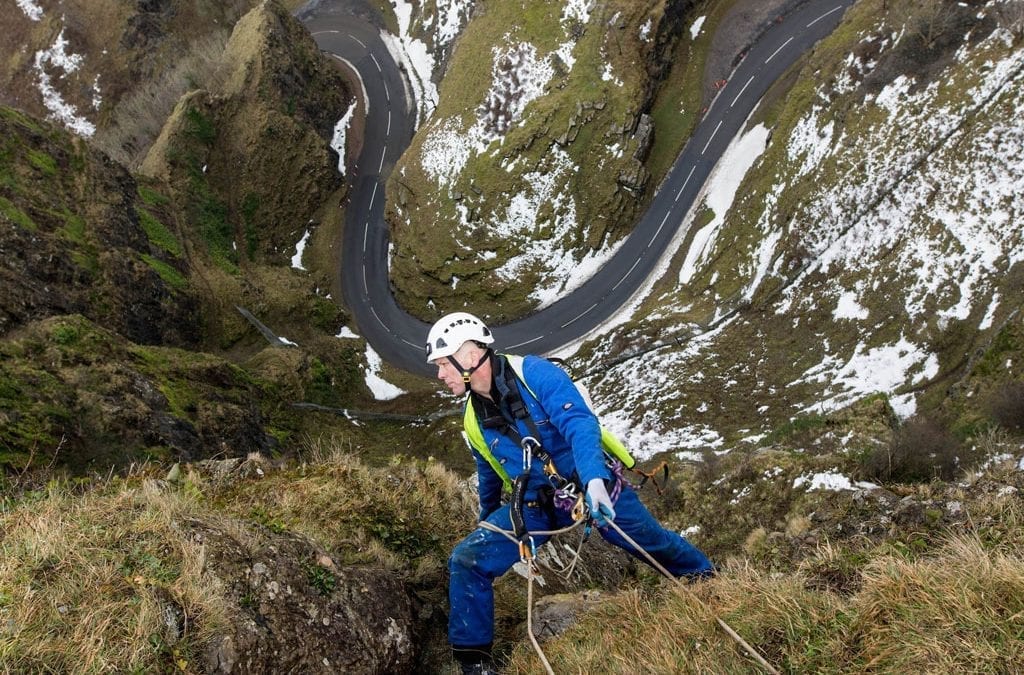 A team of rope access technicians are undertaking a radical spring clean at Cheddar Gorge in Somerset. A total of 15 are taking part in the £100,000 programme which aims to clear loose rock, vegetation and invasive plant and tree species from the iconic landmark.

The six-week programme will involve around 37,500 square metres of rock face and is the largest clearance and conservation procedure in years.

The team are also using mesh and wire to stabilise and tie back areas of the rock face to protect people, vehicles and buildings within and around the Gorge as well as inserting monitoring studs into parts of rock which will provide data on rock stability and movement.

“In the past we would have had to close the entire gorge in order for the work to be undertaken, however modern methods mean the team is able to maintain and manage the rocks in situ rather than having to prise large chunks off,” said Cheddar Gorge’s Operations Manager Leon Troake.

“The Gorge is home to a large number of rare and important native plants and flowers. This remedial work means we can also begin to remove invasive species including ivy, red valerian and ash trees which will provide more growing space for endemic species like the Cheddar pink which is only found here,” he added.

The work continued despite the recent snowfall and will be completed prior to the main Easter holidays.

At nearly 400ft deep and three miles in length Cheddar is the largest gorge in England. It is also home to colonies of greater horseshoe bats, dormice, great crested newts, and Britain’s largest flock of ancient Soay sheep as well as being a Special Area for Conservation (SAC).

The Isle of Wight Festival Hits 50