Index > News > From Magna Carta to Punk at Lincoln Castle 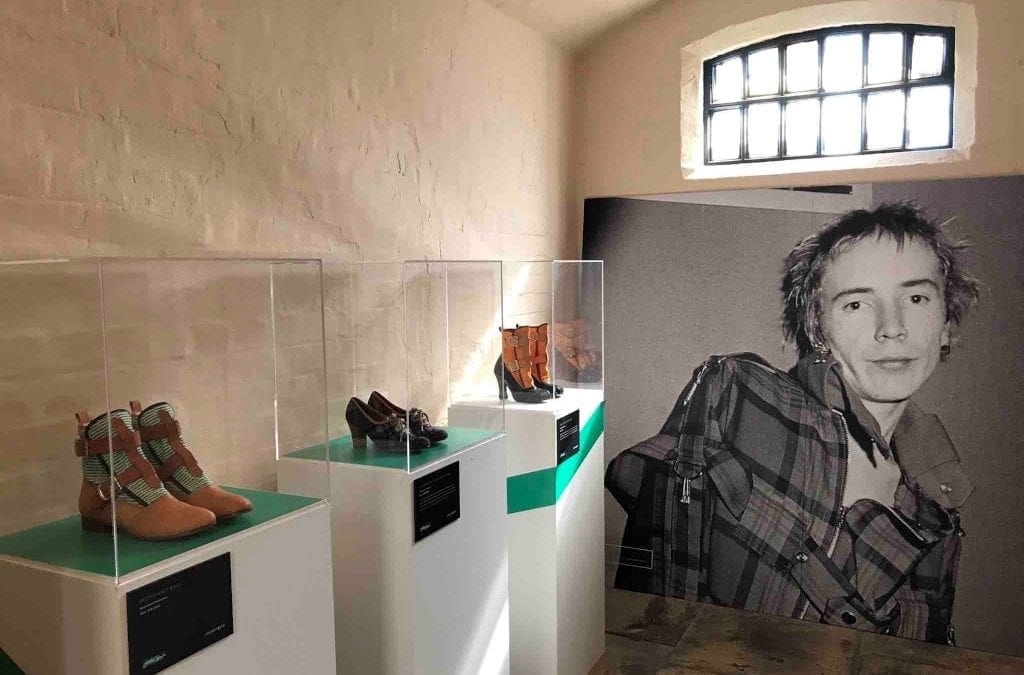 From Magna Carta to Punk at Lincoln Castle

Lincoln’s Norman Castle and Victorian Prison, home to one of the most important documents in history, celebrates freedom of speech with a dash of anarchy until November.

Alongside Lincoln’s 1215 Magna Carta – one of only four surviving in the world and an act of medieval defiance that laid the foundations for democracy – the Castle will mark a key moment in British cultural history, the 1970s punk movement.

Visitors can not only see Magna Carta, which is on permanent display in a purpose-built underground vault, but also iconic footwear and clothing from Vivienne Westwood as well as the The Sex Pistols Mural by radical artist Jamie Reid.

Set against the backdrop of the restored Prison, Bondage to Liberation: Anarchic Collections also features a selection of items on the theme of human rights and freedom of speech.

The work of Westwood and Reid epitomises a key moment in British cultural history; the 1970s punk movement. Westwood opened her first boutique SEX in 1974 with Malcolm Mclaren and later renamed the store Seditionaries in 1976. Around the same time Jamie Reid was protesting social injustices with his now signature ransom note collages.

The pair became infamous for the creation of the punk and new wave aesthetic when the Sex Pistols started wearing many of the items from Seditionaries and commissioned Reid to create artwork for their records, such as Nevermind the Bollocks’ and ‘God Save the Queen.

To discover what else to do in the city, read Lincoln Cathedral and Hidden England.

The exhibition includes iconic Vivienne Westwood shoes, chosen for their innovative design and subversion of mainstream fashion, including the black ‘Spike’ SEX Shoe, the ‘Hammerhead’ shoe and ‘Pirate Boots’.

Jamie Reid has become synonymous with the spirit of British punk with his signature newspaper-cutting graphics and he considers The Sex Pistols Mural as his most important work concerning the Sex Pistols.

Vivienne Westwood Ltd has loaned items from their current collection to support the Lincoln Castle exhibition, which has been brought together in partnership with The Civic, Barnsley.