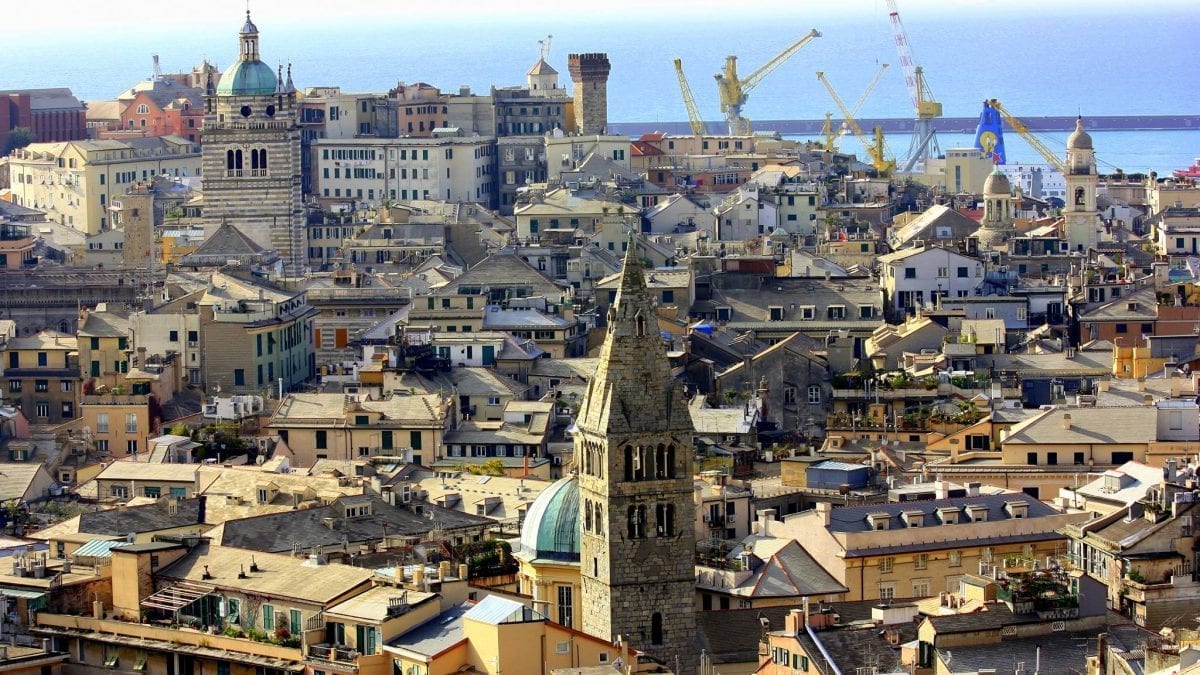 The new travel restrictions in place have left so many dreaming of the day they can once again stroll the winding, cobbled streets of this Mediterranean gem. Why wait until then? Here are some of the ways to experience Genoa from the comfort of home.

For a daily dose of culture, the famous collection of the Musei di Strada Nuova can be admired online using Google’s Arts & Culture portal. Visitors to the portal can tour the spectacular frescoed halls and picturesque gardens of the three palaces that make up the museum: Palazzo Rosso, Palazzo Bianco and Palazzo Tursi. The collection houses masterpieces from the Italian Renaissance through to the Baroque period all of which can be viewed and studied via the portal. The collection of Palazzos known as the Palazzi dei Rolli are themselves a UNESCO World Heritage Site, consisting of 42 magnificent palaces that the Genoese aristocracy called home.  Visit Genoa’s video (youtube.com/GenovaMoreThanThis), Rolli Days Genova, gives viewers a taster of a day spent touring the palaces and even popping into a local bakery for some Italian dolci.

Genoa is fabled for its overload on the senses from the numerous restaurants, ‘botteghe storiche’ (historic shops), markets and the strong aroma of street food such as farinata and focaccia from along the port front. While the hectic ambience is difficult to replicate at home, Genoa’s most iconic gastronomic export is not so difficult. Pesto, made of basil, garlic, oil and pine nuts, is known the world over and is a relatively simple recipe that can be recreated in the home with the use of a mortar and pestle. For guidance click here for an authentic, tasty but simple recipe that can be made in the time it takes to cook the pasta. Pair with a nice Ligurian wine and eat al fresco (weather permitting) for an authentic Genoese evening dine.

Between 1296 and 1299 Genoa once housed one of the most famous prisoners in world history, Marco Polo, who was captured during the Venetian–Genoese Wars. During his time in imprisonment he was able to dictate a detailed account of his travels to a fellow inmate, Rustichello da Pisa, who transcribed what became one of the most famous travel books of all time, The Travels of Marco Polo. The writings gave Europeans their first ever glimpse outside of the ancient world. Today, travellers looking to retrace the steps of Marco Polo can pick up their own copy of The Travels of Marco Polo in a Wordsworth Edition translated by William Marsden available on Amazon (amazon.co.uk).  Alternatively, for a more audio-visual experience, Netflix has its own dramatic representation of the explorer’s tales called ‘Marco Polo’ once recounted to da Pisa some 700 years ago in that Genoese prison cell.

Michael Winterbottom’s film titled with the city’s name in Italian, Genova (2009), saw Colin Firth play a lead role as a widowed father who relocates his two daughters to the city to start afresh. The blockbuster movie gives viewers a taster of life in the Italian port city as they follow the journey of the family as they adapt to local life. Genoa plays a starring role as the characters are slowly transformed learning a great deal about family, love, and mourning on the city’s colourful streets. Cinema fanatics looking for a slice of authentic Italian cinema should explore the life’s work of arguably one of the greatest Italian actors, directors and screenwriters of all time, Vittorio Gassmann. Gassmann was a native of Genoa before his passing in 2000 and has starred in some of the greatest Italian movies of all time such as I Soliti Ignoti (Big Deal On Madonna Street, 1958), Il Sorpasso (The Easy Life, 1962), L’Armata Brancaleone (1965), and Profumo di Donna (Scent of a Woman, 1974) which was partially shot in Genoa.

With much of the sporting calendar on hold its hard to watch any real sporting action so fans can use the time to educate themselves on some intriguing sporting history! Italy’s oldest football club was actually founded by a group of Brits in 1893. The Genoa Cricket and Football Club was founded by members of the British Consulate in Genoa and is still active today.

To see Visit Genoa’s ‘Live More’ video series giving a taster of all Genoa has to offer 365 days a year, click here.

For more information on Genoa as a visitor destination, please visit www.visitgenoa.it

Stay With Peace of Mind at Anantara