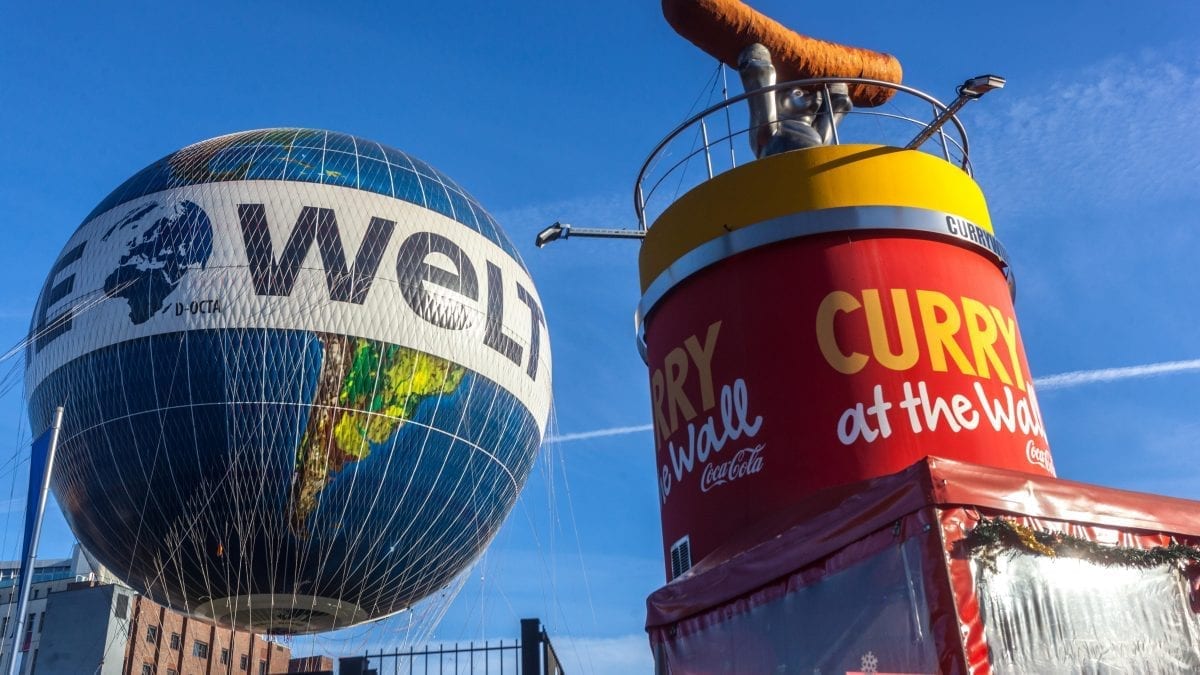 To celebrate World Vegan Day November 1 and World Vegan Month this November, Celebrity Cruises has polled UK vegans on their favourite foodie destinations in Europe. The result is a handy list of the go-to countries that offer some of the best plant-based options, perfect for vegans after stress-free local cuisine or even for meat-eaters and veggies looking to branch out their whilst on holiday

Coming in at first place for the best European countries for vegans is Germany. Regularly hailed as the centre of the vegan revolution, it’s long had a reputation for being forward-thinking when it comes to meat- and dairy-free options and it continues to be a world-leader. When you visit look out for vegan versions of German classics, like snitzel and currywurst. Often made from soy or tofu, these and are a great way of sampling the local cuisine the vegan way. If you’re in Berlin, try Curry At The Wall in Mitte – food bloggers can’t stop raving about their vegan currywurst

With some of Italy’s most famous exports being creamy gelato, cheesy pizza and milky lattes, you may be surprised to find the birthplace of the carbonara on the list of best vegan destinations. However, the popular holiday spot is well known amongst vegan circles for being very accommodating to dietary requests. Classic local cuisine can easily be adapted to suit vegans, for example you can simply opt out of the cheese on top of veggie pasta and pizza dishes. The side dishes in many restaurants, such as bruschetta, antipasti and marinated vegetables, also tend to be vegan-friendly and just as delicious as the mains.

What’s great about Spanish cuisine is the variety of choice available. Yes, it’s well known for chorizo and manchego, but it’s also known for its tapas style of eating, where you can pick from many little plates to curate your perfect table of food. For vegans, this will mean having a little gazpacho and sampling local artichokes and olives, along with some freshly baked bread and padron peppers. For the best vegan options, the Balearic Islands of Ibiza and Mallorca really stand out. There you’ll find hip plant-based establishments in many of the cities and along the more popular stretches of coast.

Austria’s capital, Vienna, is quite the up-and-coming hotspot for vegan dining. There are a number of restaurants and delis that are either exclusively vegetarian and vegan, or have superb plant-based options. One of the most established restaurants known for vegan food is Hollerei, close to the famous Schönbrunn Palace. A must-visit is also Naschmarkt, an open-air market that features a range of food stands where you can find vegan-friendly options.

The national food of Belgium, perhaps unofficially, is frites – or chips to you and me. Although some establishments do cook these with animal fats, there are often vegetarian versions or even whole vegetarian frites shops. Make sure to head to Ghent in you’re in the country, it’s widely regarded as the most veggie and vegan friendly city in the country.

Veganism isn’t particularly common in Greece, so you may not find a plethora of purely vegan restaurants. However, the good news is that once you get past the feta and koftas, Greek cuisine offers a nice choice of dishes that just happen to be vegan friendly already. Try dolmadakia yalantzi, meat-free stuffed vine leaves, or spanakopita, a delicious spinach filled flaky pastry.

You don’t have to miss out on the café culture of Holland just because you’re vegan. Many of the big cities have embraced veganism, or at least the vegan options, well. Take Amsterdam; places like Vegabond, The Meets and Koffie ende Koeck all serve fantastic vegan eats and are fantastically Instagrammable to boot.

One of the stand out places to visit in Croatia is Split, and, luckily for vegans, it has some of the best meat- and dairy-free offerings in the country. From quick but delicious vegan fast food at Vege Fast Food to Galerija Food Bar which serves up fantastic seasonal vegan dishes in a beautiful summer garden setting, you’ll be spoilt for choice in this historical coastal town.

Well known for its vegan-friendly status, there’s no surprise Denmark has made it onto the top ten. Copenhagen is the epicentre of plant-based dining in this laid-back country. Head to the intriguing district of Christiania and you’ll find Morgenstedet; although it’s technically a vegetarian restaurant, its vegan option are great and very reasonable priced. Alternatively, if you’re after something a little different, both simpleRAW and 42 Raw are entirely vegan and are a great way to experience the raw food movement.

Though many assume France to be a tricky place to be a vegan, many places in the country are seeing a rise in vegan options and even all-vegan restaurants and cafes. It’s perhaps this change in attitude that has meant France has made it into the top ten. Lyon boasts vegan pizza at Color Vegan, there are vegan burgers at Marsesille’s Le Cours en Vert and you can even sample vegan croissants at Cloud Cakes in Paris.

The research, commissioned by Celebrity Cruises, found that over a third (42%) of vegans have reconsidered their holiday plans due to concerns that the local cuisine won’t have sufficient plant-based options. Interestingly, this has led many vegans to find some unconventional solutions when travelling abroad.

Although us Brits are known for taking our home comforts with us on holiday, like tea bags and Marmite, the study shows that resourceful vegans are also heading abroad with bags packed full of meat- and dairy-free options. The poll showed that nearly half (48%) admitted to packing their own vegan-friendly food when they travel abroad. Vegan favourites such as tofu, nut milks and kale were all cited, though, perhaps surprisingly, pot noodles, vegan mayonnaise and crisps also featured.

Join the Party in Puerto Vallarta