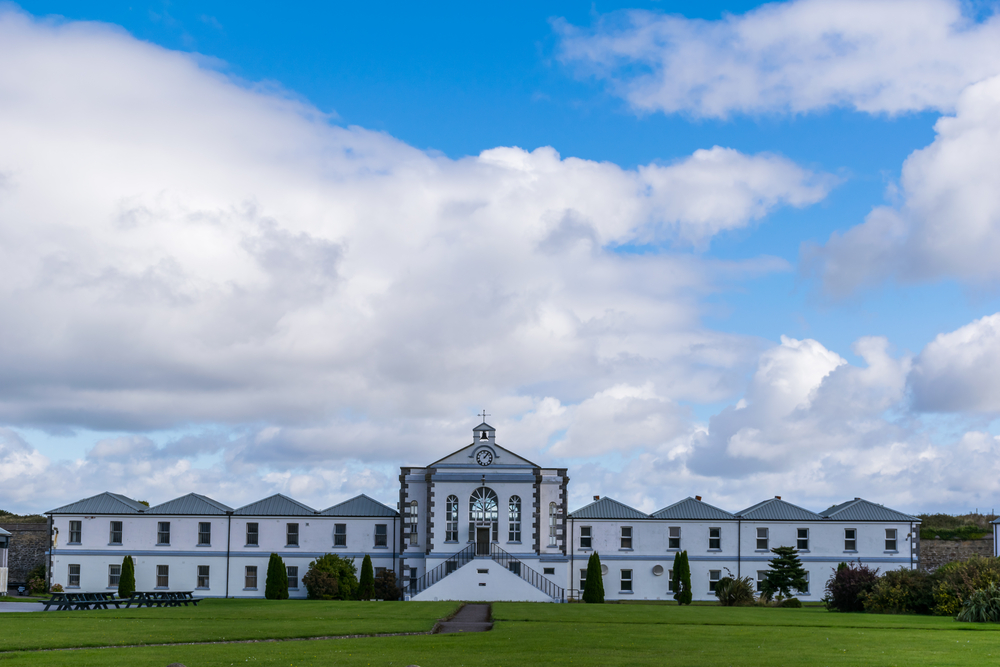 A former prison in County Cork has surpassed some of the biggest names in global tourism and has been named Europe’s latest tourist attraction. Fortress Spike Island was given the accolade at the World Travel Awards 2017 in St. Petersburg, Russia.

The former prison completed an awards hat-trick for the island of Ireland. Titanic Belfast won the award last year and the Guinness Storehouse in Dublin won in 2015.

The award winners are decided by an online vote, and the votes of tourism officials and experts are weighed more seriously than those of the public.

Spike Island was originally a monastic settlement and is home to Fort Mitchel, a 200-year-old fortress that at one point held over 2,300 prisoners making it the biggest jail in Britain’s history. The star-shaped fortress opened to the public in 2015.

John Crotty, the attraction’s general manager, said they were “absolutely ecstatic” at the award. He said, “We’ve only been open to the public for about three years, and it’s the first time in the island’s history that anyone could come over and see it.”

Crotty added, “There’s 1,300 years of history here. We’re hoping that it can become an iconic attraction in the same vein as Titanic Belfast or Guinness Storehouse.”

Fort Mitchel is not the only jail making the traveller grapevine. Con Dao in southern Vietnam was a penal colony before becoming a major tourist destination, and the luxury Hotel de la Paix in Luang Prabang, Laos was formerly a jail.