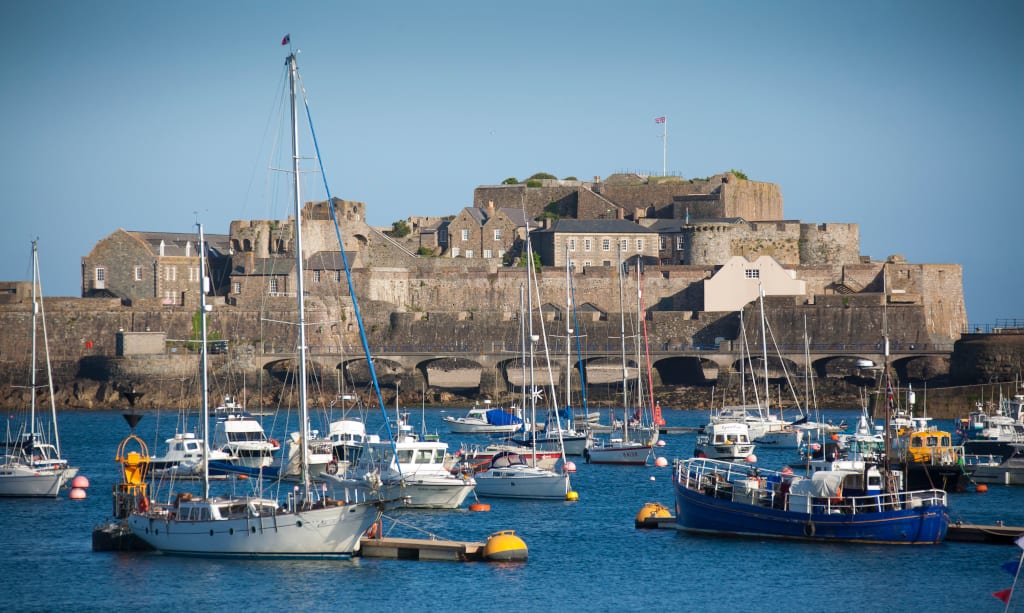 The Islands of Guernsey are marking the 75th anniversary of their Liberation from WWII German occupying forces with a series of virtual, online and ‘at-home’ events in the run up to Liberation Day on 9 May 2020.

With Heritage75 currently on hold – a major programme of 75 heritage-themed events and activities that was planned to take place across the islands between April and October – the celebrations are being brought into homes instead, allowing even more people to mark this significant anniversary.

The ‘virtual’ festival takes place over Guernsey’s Liberation Day (9 May) and the surrounding weekend, which is a Bank Holiday across the Channel Islands and a much-lauded annual celebration of freedom. The new programme includes online events led by broadcaster and historian, Dan Snow, and co-author of The Guernsey Literary and Potato Peel Pie Society, Annie Barrows, as well as local experts and Government representatives. People can also get involved from their own home with interactive events including a singalong with The Sofa Singers, a virtual tea party, and decoration making.

All events will be streamed on www.visitguernsey.com/heritage75 and will be available to watch afterwards on the same web page.

The schedule of events will be live shortly and includes:

Reading of The Guernsey Literary & Potato Peel Pie Society – Annie Barrows, the co-author of this best-selling novel, will be reading her favourite excerpt from the book, which was published in 2008. Set in 1946, the story follows a free-spirited journalist, who travels to Guernsey to find out more about the curiously named book club formed during the German Occupation. The book uncovers the fascinating history of Guernsey under German rule, its subsequent liberation and the resilience of the islanders over that time whilst following the protagonist’s own love story.

Dan Snow talks with local experts – Broadcaster and historian Dan Snow has visited The Islands of Guernsey several times to explore the remnants of the German occupying forces left across the islands after Liberation. He will be interviewing Marco Ciotti, Chief of Staff to the current Lieutenant-Governor about a previous Governor of Guernsey during the immediate post-Occupation period, also showing some wartime mementos from Government House. Dan will also speak to the current Governor about what Liberation Day means to him and get an insight into his life as the Governor.

Wartime singalong with The Sofa Singers – The free and weekly singing sensation – The Sofa Singers – will be hosting a special wartime Guernsey-themed singalong, bringing people together from around the world for an hour of simultaneous singing. Participants register beforehand and prior to the session will receive the lyric sheet to two songs – the Guernsey anthem Sarnia Cherie, plus a classic song from WWII. To register: www.visitguernsey.com/sofa-sing-along

Interviews with veterans – Occupation survivor and author Molly Bihet and an Australian WWII veteran who was part of the Liberating Task Force will be interviewed on their experiences during this fascinating period of history for the Island.

Liberation Day commemorations – The annual events that take place every year on 9 May to mark the anniversary of the Liberation will take place in a slightly different manner this year. Since social distancing rules do not allow spectators at these events, they will be streamed at the planned times for viewers to commemorate the anniversary from home. This includes the laying of a wreath by the Bailiff (the head of the States of Guernsey)  in St Peter Port; a church service; and a reading of the Queen’s Speech by the Lieutenant-Governor of Guernsey – the representative of the British monarch in the Bailiwick of Guernsey.

Cooking demonstrations – Local chef Mike Pesrin from Guernsey restaurant, Octopus, will be showcasing a classic Occupation recipe but with a tasty contemporary twist for viewers to make at home as part of the commemorations. This dish will use only ingredients that would have been available to Islanders during the Occupation.

Preparing for an at-home Liberation tea party – In the week running up to Liberation Day, between 1 and 7 May, a daily activity will be suggested with online hints and tips for families to prepare for their own Liberation Day celebration at home. This will include creating a Union flag to put up in windows, knitting bunting, making artwork pebbles and designing a Liberation Day 75 flag with the Guernsey Arts Commission.

On Liberation Day itself, there will be a programme of music that householders can listen to in the background as they enjoy their own Liberation tea party (includes music from local bands, artists and choirs).

For more information on The Islands of Guernsey please visit www.visitguernsey.com

UK Virtual Festivals to Enjoy in May