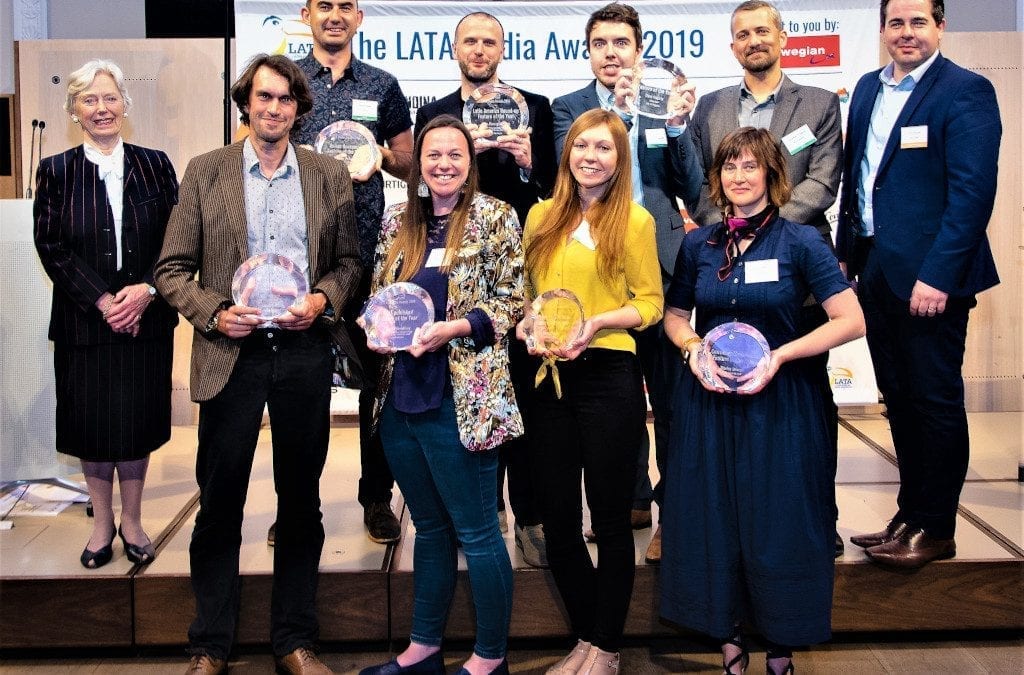 On 14 May 2019, the Latin American Travel Association announced the winners of the LATA Media Awards 2019 at a prestigious event held at RSA House in London, sponsored by Norwegian.

Now in its 16th edition, the LATA Media Awards aim to celebrate inspiring and creative Latin America stories and photography across the British travel media scape encouraging travel to the region.

The winning articles and photography were selected based on a range of criteria such as originality, narrative, impact on the reader and the accuracy of research.

The event was attended by key members of the Latin American travel industry, the diplomatic community and some of the UK’s most esteemed travel journalists and photographers. LATA also welcomed representatives from headline sponsor Norwegian that showcased its latest developments including free Wi-Fi onboard long-haul services, and a number of new flight routes such as the recently launched London to Rio service.

The winners and runners-up are:

Best Consumer National Print Feature, sponsored by Hurtigruten
Winner: Stanley Stewart, ‘To the end of the earth’, The Sunday Times. Credited for its strong writing, informative features, and impact on readers who have not previously travelled to Argentina.
Runner-up: Sarah Marshall, ‘Fall in love with Iguazu and its people’, The Sunday Telegraph.

Consumer Magazine Feature of the Year Award, sponsored by the Galapagos Conservation Trust
Winner: Sam Harrison, ‘Had he lived, Che Guevara would have been 90 this month…’ N by Norwegian. Credited for its fresh ideas around a well-covered topic. Described as an ambitious and thoughtful piece of travel journalism.
Runner-up: Lucy Gilmore, ‘The big chill’, House & Garden.

Best Consumer Online Feature of the Year Award, sponsored by Ceviche
Winner: Simon Parker, ‘On holiday in Mexico’s murder capital – what it’s really like down in Acapulco’, The Telegraph (Online). Credited for being a bold piece of untraditional travel writing that grabs the reader’s attention and delivers a key tourism message throughout.
Runner-up: Shafik Meghji, ‘An Antarctic voyage: becoming a “citizen scientist”, Rough Guides.

Best Regional Feature of the Year Award, sponsored by Norwegian
Winner: Steve Hogarty, ‘A new leaf’, City AM Magazine. Credited as a stand-out, well written feature that scored highly consistently across all the judging criteria.
Runner-up: Lizzie Pook, ‘The High Life’, City AM.

Blog Post of the Year Award, sponsored by Las Iguanas
Winner: Luke Waterson, ‘The Road to Choquequirao: Is this Peru’s next Inca Trail?’ Adventure.com. Credited for its strong adventure narrative from start to finish while also tackling the politics of tourism, most notably overtourism.
Runner-up: Abigail King, ‘Ice Climbing in Patagonia’, Inside the Travel Lab.

Best Self-Published Feature of the Year Award, sponsored by LATA
Winner: Vanessa Humphrey, ‘Chile: A passage from the land of salt and stars to the “end of the world”, Steppes Travel Blog. Credited as an excellent first-person account of Chile that would encourage travellers to visit the destination.
Runner-up: Jim Morrison, ‘How the Peruvian Pelican Reflects Changes in the Environment – Discover’, Discover Silversea Blog.