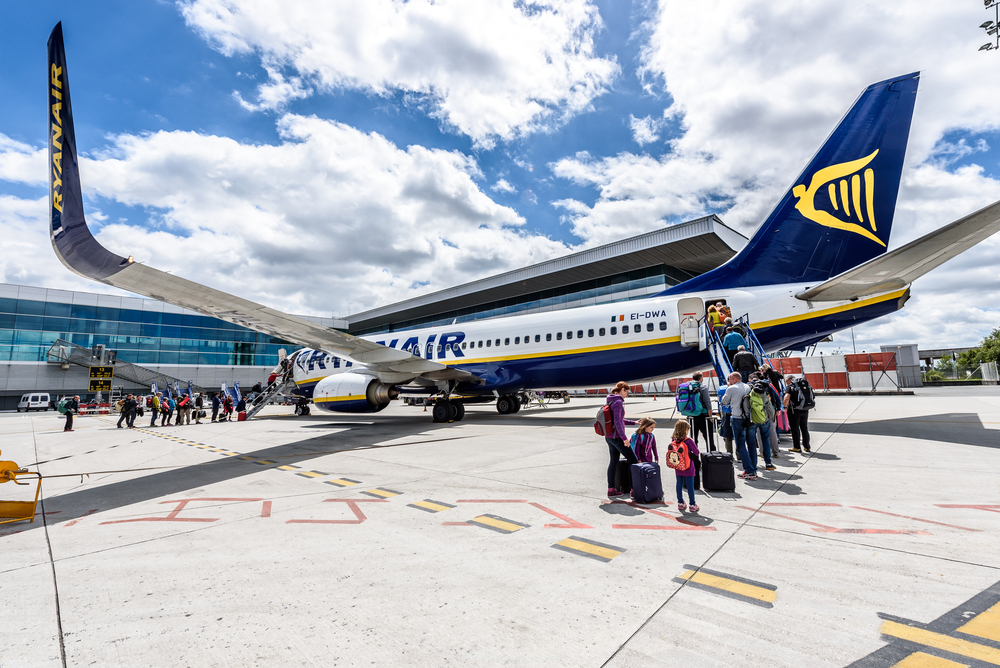 Ryanair will postpone to January 15, 2018 the entry into force of the new hand baggage policy to allow customers more time to adapt to changes, particularly with regard to the Christmas peak. As of September 6, with the introduction of the first part of the new regulation, the tariff for purchasing registered luggage was reduced from 35 to 25 euros for all luggage; while the allowed weight of registered baggage has been increased from 15 to 20 kg.

By mid-January, however, only customers who have purchased the priority shipment (including the Plus, Flexi Plus and Family Plus tariffs) will be able to take two cabin hand luggage. All other customers will be able to carry the smallest luggage in the cabin, while the largest (trolley with wheels) will be placed free of charge at the boarding port.

The priority boarding, Ryanair recalls, can be purchased at a cost of €5 at the time of booking or subsequently added to the reservation by paying €6, one hour before flight departure.

The company’s goal is to encourage more customers to buy registered luggage and reduce baggage volume by hand.

“We postponed to January 15, 2018, the entry into force of our new handbag bag policy to allow our customers to get to know more about the changes that will be made. From January, customers who have not purchased the priority boarding will only carry one small hand luggage, while the one with the largest wheels will be stacked free of charge at the embarkation gate, thus accelerating embarkation procedures and eliminating flight delays, “says Ryanair’s chief marketing officer, Kenny Jacobs.

Finnair is poised to enter the largest expansion in its history during the upcoming winter season. With its fast-connecting hub in Helsinki, Finnair offers one of the most reliable and convenient networks linking several key destinations in Europe with Asia and North America.

Finnair’s growth strategy will be in full swing during the winter season with 20 intercontinental destinations, over 100 destinations in Europe and a significant increase in capacity for Lapland destinations.

“This winter, we are entering the biggest expansion phase in our airline’s 94-year history,” says Juha Järvinen, Chief Commercial Officer at Finnair. “We are opening several new destinations, expanding our network and fleet including our eleven Airbus A350s, adding capacity to Finnish Lapland and taking important strides in our customer experience. It’s a very exciting time to fly Finnair.”

Due to the continued increase in demand for Lapland as a tourist destination, Finnair is also heavily expanding its capacity to several Lapland airports for the upcoming winter season. Finnair is the leading airline flying to Lapland with several weekly connections, and timetables designed to support smooth connections from Europe, Asia and North America.

Finnair is increasing its capacity to Lapland by over 20%. As of mid-December, Finnair will start flying new non-stop flights to Lapland airports from London Gatwick, Paris and Zurich. Finnair is also increasing its capacity from Helsinki airport to several Lapland airports for the entire winter season, and offers a total of 430,000 seats to five of Lapland’s airports during the winter season.

United Airlines (UAL) today announced a new enhancement to the United app that will allow customers to receive boarding passes when connecting to 19 airline partners on their smart phones, a feature which no other U.S. carrier currently offers. This functionality will be available for customers traveling on United who are making an onward connection on another carrier and will improve the functionality of United’s award-winning app, which is relied on over 500 million times a year by customers.

“Our partnerships with Star Alliance carriers and other partner airlines can take our customers to over a thousand destinations around the world, and we’re excited to be the first U.S. carrier to provide customers with this convenience when connecting to partners,” Gebo added.