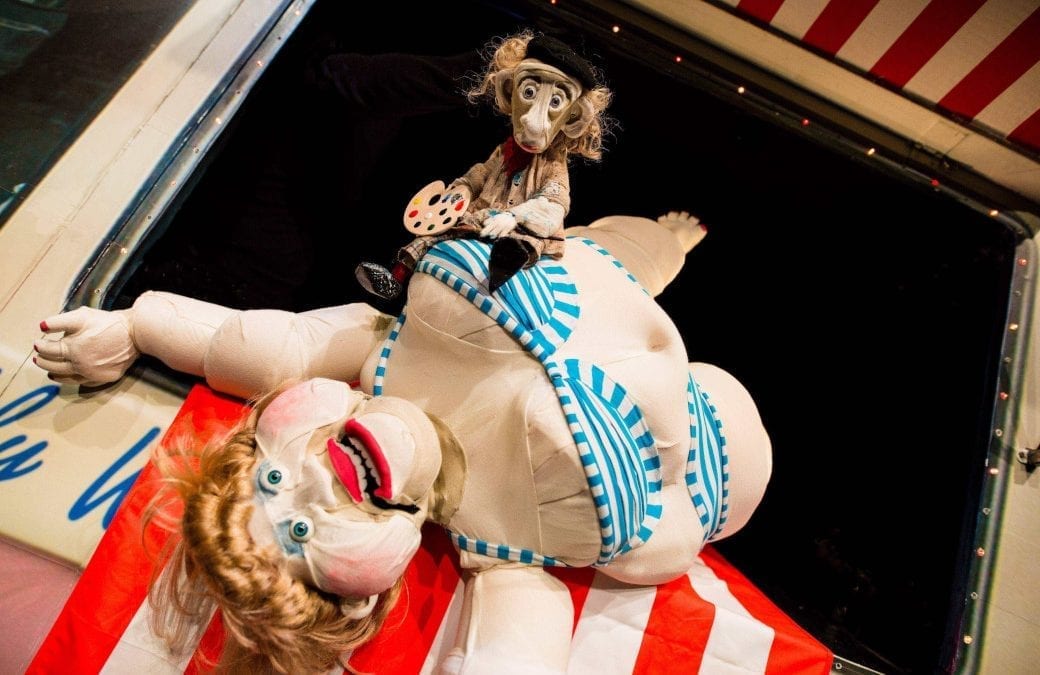 Monsters, Marionettes and Mayhem in Beverley

Staged only every two years, the world’s largest festival of British puppetry returns next month to take over the cobbled streets of the picturesque medieval minster town of Beverley, East Yorkshire.

Under the shadow of the magnificent 13th century Minster, Beverley – with its narrow streets and historic buildings – transforms into a puppet paradise for one weekend only with shows and workshops for children and adults, plus free outdoor performances.

The biggest celebration of home-grown puppetry anywhere in the world, the 8th Beverley Puppet Festival returns 13th to 15th July 2018 with over 30 companies performing across four venues and throughout the streets of this elegant East Yorkshire medieval town.

But forget thoughts of old fashioned children’s puppets, this festival features magical, adventurous and exciting puppetry performances for audiences of all ages…including adults only.

And while Friday 13th might be unlucky for some, the 8th Beverley Puppet Festival launches with an opening night of fun frights and ice-cream chills for audiences aged 12 years-plus, thanks to Odd Doll Theatre’s retro comedy, Seaside Terror. A celebration of British horror movies and holiday camps of the 1970s, this funny, nostalgic and visually stunning performance features a mind-boggling collection of hysterical horrors includes Evil Seagulls and Zombie Donkeys (tickets £12 / £10).

Among other adult shows are Freaky Sequin Puppet Cabaret (15 July, tickets £12/£10) where classic cabaret favourites are given a puppet makeover and injected with a good dose of Headstrung Puppets’ signature silliness, as well as The Parachute and Watch the Ball (14 July, tickets £12 / £10) from Stephen Mottram, who fuses artistry with neuroscience to demonstrate the magic of puppetry.

But there will be plenty for youngsters and families too, including Mischief and Mystery in Moominvalley (15 July, tickets £6/£5) featuring magical puppetry, an ingenious pop-up book set, original music and interactive play, while The Enormous Turnip (14 July, tickets £6/£5) tells the story of young Rosie who dreams of carving a special turnip lantern for the Festival of Light.

Among free outdoor performances during the weekend is Professor Ambrose Merryweather and his Fabulous Fossils, who will be wandering the streets of Beverley in his Victorian bath chair meeting passers-by and revealing his rare collection of Fabulous Fossils… including animated ammonites, singing skulls and dancing dinosaur. And, of course, no puppet festival would be complete without Punch and Judy, with free performances on Saturday and Sunday.

As in previous years, Beverley Friary will be the daytime festival hub and free shows will also be presented at The Moving Parts Scratch Space in and around the Indigo Moon Theatre Tent, featuring artists specialising in visual theatre, including walkabout and table-top puppetry.

Workshops over the weekend include Funky Puppet Making for Children (Saturday and Sunday, tickets £6, pre-booking essential) with a chance to design and make your own puppet

For details of performances and to book tickets, see www.beverleypuppetfestival.com. For more details about things to do and where to stay, visit www.visithullandeastyorkshire.com