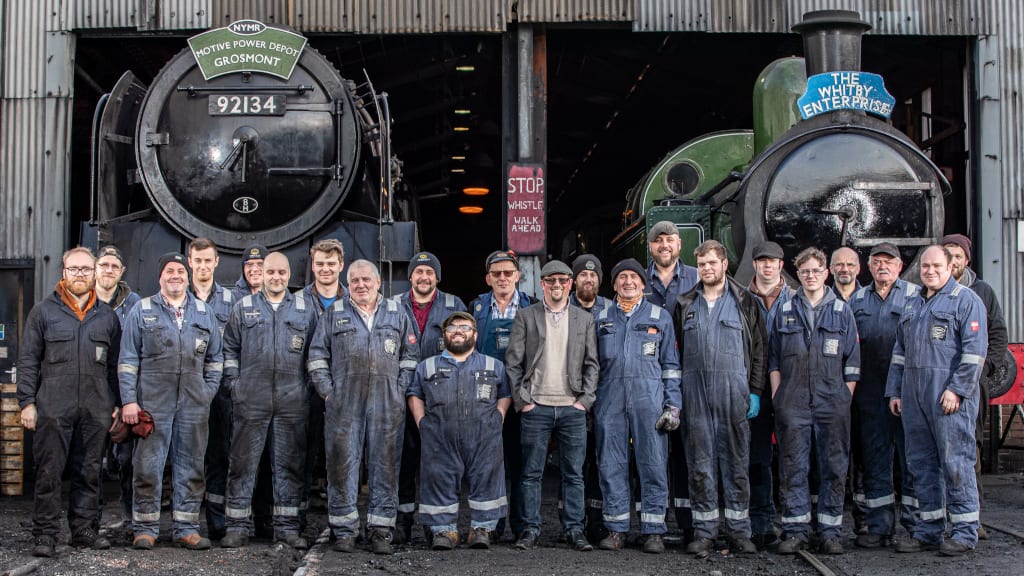 One of the UK’s most popular attractions, North Yorkshire Moors Railway, has announced the success, and the closure of, its ‘Crisis Appeal’, which was set up to support the not-for-profit charity over the pandemic.

The emergency fundraising appeal went live at the start of the first lockdown in Spring 2020, to raise vital funds from the loss of operating and to ensure that the railway could operate as planned in the future.

Chris Price, General Manager at NYMR commented, “It’s an understatement to say that this year has been challenging for us. Whilst we are now feeling more positive, Spring 2020 was a bleak time. When we should have been opening our doors for the start of the season, we were having to lockdown the railway, not knowing when we would run services again.

Join Mark Bibby Jackson as he goes on a ride on the North Yorkshire Moors Railway.

“The generosity of our members and the local community has been staggering; raising an incredible amount which will help get us back on our feet. From the whole team at the railway, thank you! We’ve had phenomenal support, and this funding has enabled us to retain our people and keep operating with plans for the future.

“The NYMR is extremely important to the region, both economically and culturally. Funding throughout the pandemic has meant that the Yorkshire’s Magnificent Journey (YMJ) project can carry on. This includes building its conservation and heritage apprenticeship programmes, lineside ecological conservation work, fuss free access for disabled visitors, expanding the railways learning offer and reaching out to individuals, groups and communities to share the charities passion for the history of the region through steam travel.”

In addition to the crisis appeal, the railway was further supported by the National Lottery Heritage Fund (NLHF) as part of its YMJ project, and was awarded £1.9m as part of the Government’s £1.57bn Culture Recovery Fund administered by the Arts Council. The railway has also been helped with the reassurance of backing by its bankers, Santander, as part of the CIBLS loan scheme.