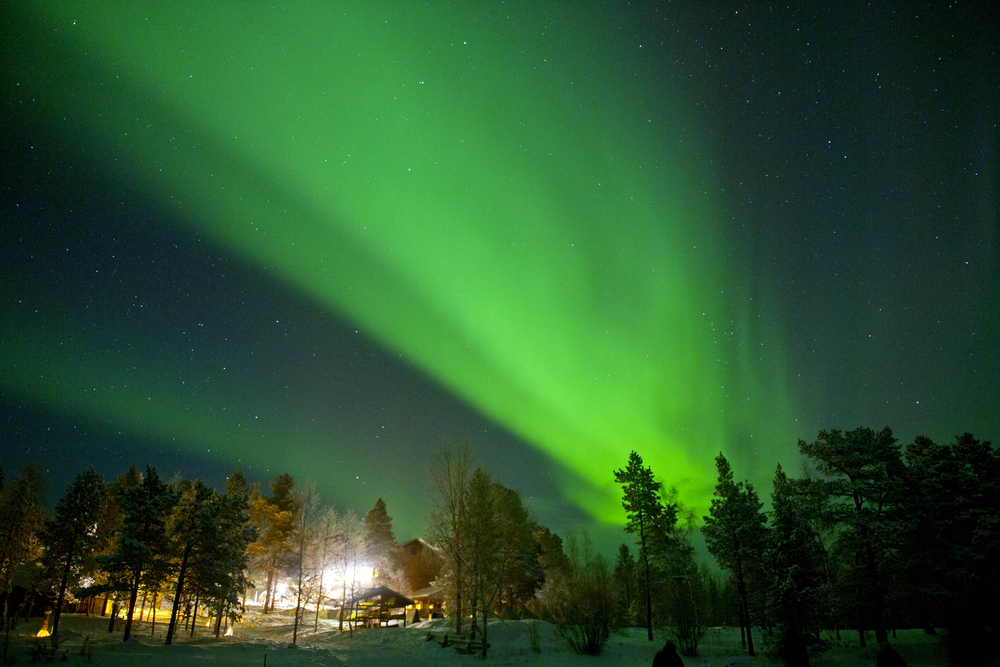 Seeing the Northern Lights, visiting the Seven Wonders of the World, and swimming with dolphins are among the top things on Brits’ bucket lists.

But it wasn’t all spectacular sights or travelling the globe – other ambitions include moving house, getting married or changing career.

Commissioned by The Oxford Ski Company to mark the launch of their ski holidays to Japan, Rupert Longsdon, Founder and MD of The Oxford Ski Company comments: “No-one can accuse the British of lacking ambition, as these results show. There are some incredible and life-changing experiences – it’s just a shame we sometimes struggle to achieve them’’

The research found over 40 per cent of people have a list of things they would love to try, but with around 30 per cent not attempting to cross a single thing off they may not ever actually attempt to carry out items on their bucket list.

“We’re very pleased to be introducing clients to the thrill of skiing in Japan, opening their eyes to a new ski experience that is intriguing in a culturally rich destination. We think every dog can learn new tricks, and you’re never too old to broaden your horizons and try exciting new things’’.

Also on people’s wish lists are researching their family tree, getting a dog and learning to fly a plane.

The average age for an adventurous spirit was found to be 30 years-old, but over 40 per cent of people believe they have become less free-spirited with every passing year.

Three in ten Brits describe themselves as someone who ‘seizes the day’, while nearly two thirds admit they tend to stay within their comfort zone. Nearly seven in ten people feel better in themselves now than they ever have before.

Despite life goals and wish lists as-yet unfulfilled, almost 60 per cent said they have a positive outlook on life.

That’s not to say Brits are not well-travelled – over 80 per cent have visited Europe, nearly half headed stateside to North America, and three in ten travelling to Africa and Asia respectively.

But nearly ten per cent confessed they are home birds – having never even left the UK. What’s more, 77 per cent wished they had travelled more widely than they have done to date.

Thrill-seeking was at the top of many wish lists – a whopping one in four adrenaline junkies hope to try extreme sports like skiing and snowboarding for the first time. With nearly 90 per cent of those polled open to new experiences such as Heli Skiing

Amid this, 43 per cent of Brits have never been skiing, but if they were to go Whistler in Canada would be the go-to destination followed by, Zermatt in Switzerland and Cervinia in Italy.

Niseko in Japan and Hakuba also in Japan are desired ski locations too, along with Les 2 Alpes and Tignes which are both located in France.

2. Visit the seven wonders of the world

5. Travel on the Orient Express

7. Learn to play a musical instrument

9. Ride in a helicopter

16. Eat in a Michelin starred restaurant

18. Apply to be an extra in a movie or television show

25. Live in another country

The Strand Yangon Goes for a Swim