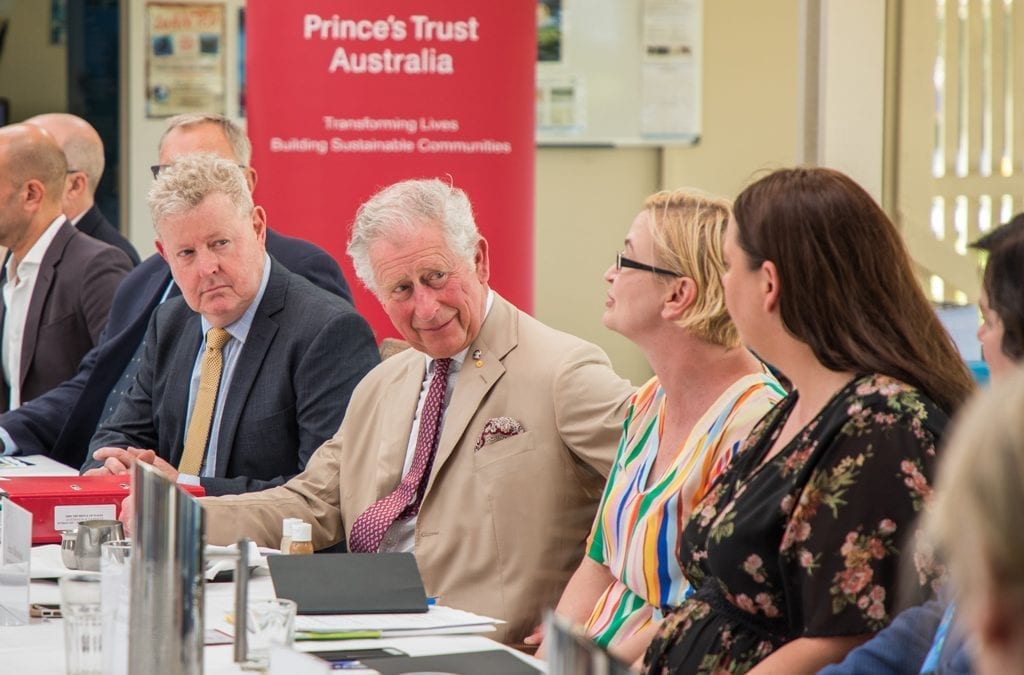 His Royal Highness The Prince of Wales visited the Great Barrier Reef  April 6 to learn firsthand how Australian corporate and government leaders are rallying to address the threats facing coral reefs.

The Prince joined the ‘Reef Roundtable’, hosted by The Prince’s Trust Australia and the Great Barrier Reef Foundation at Lady Elliot Island, meeting leaders from the technology, resources, energy, and property and infrastructure sectors as well as government and not for profit groups.

A key focus of discussions was the successful collaboration of companies and government, working together to build the resilience of the Great Barrier Reef to a changing climate, and learning about the projects that are having an impact. As part of the roundtable, leading property and infrastructure company, Lendlease, announced a new $5 million commitment across 10 years supporting the Reef Islands Initiative being led by the Great Barrier Reef Foundation. This contribution is being matched by the Australian Government bringing commitments to the Great Barrier Reef today to $10 million. 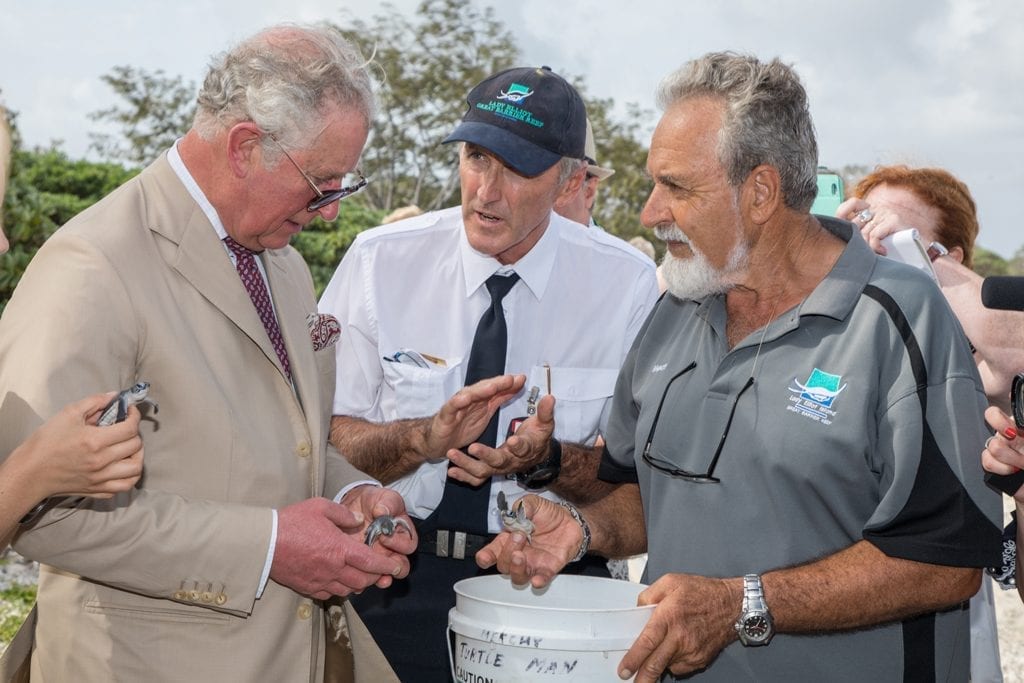 Lendlease Group Chief Executive Officer and Managing Director Steve McCann said, “The Great Barrier Reef is universally recognised as one of our planet’s greatest natural wonders. Its protection and preservation requires collaboration between government and the private sector, and we’re ready to contribute our skills and resources to assist. Lendlease employees from around the world will work with the Great Barrier Reef Foundation, and engage with local indigenous communities, to undertake on-ground conservation activities.”

BHP Chief External Affairs Officer Geoff Healy said it was a privilege to be part of the Reef Roundtable discussion.

“Over the past 11 years, BHP is proud to have contributed almost $20 million in funding towards projects and initiatives that support a healthy Great Barrier Reef,” Mr Healy said. “The Raine Island Recovery Project is one example where BHP is working with the Queensland Government, Great Barrier Reef Marine Park Authority, traditional owners, researchers and the Great Barrier Reef Foundation to help to restore the world’s largest remaining green sea turtle nesting site – a critical part of the Reef’s precious ecosystem. These kinds of collaborations among private industry, governments, NGOs and others, are vital for the protection of this incredible part of the world for generations to come.”

If you are planning a trip to Queensland, read Visit the Gold Coast Not Just for the Games for some inspiration.

The Prince’s Trust Australia Chair, Margaret Jackson AC said the royal visit was a wonderful opportunity to highlight the work currently being done and to explore what can still be done for coral reefs.

“His Royal Highness The Prince of Wales has worked to protect our natural environment, marine ecosystems, and biodiversity for decades,” Ms Jackson AC said. “The Prince has a deep and enduring interest in reef resilience and it is an honour to continue this work on his behalf through The Prince’s Trust Australia. There is no time like the present. As we mark the International Year of the Reef, we have a responsibility to collaborate across government, not-for-profit, the private sector and with local communities to ensure we safeguard the Great Barrier Reef and its natural assets for generations to come.”

This is the 16th time The Prince of Wales has visited Australia, and his first visit to the southern Great Barrier Reef.

Lady Elliott Island is a key climate refuge for marine life on the Great Barrier Reef and one of five islands and island groups that are part of a Great Barrier Reef Foundation programme to ensure the Reef’s precious wildlife and plants can survive in an increasingly challenging environment. The island is renowned as an important habitat for seabirds, turtles, manta rays, dolphins, sharks and coral reefs, and is an exemplar of climate mitigation and resilience building through a proactive revegetation program and a range of waste and energy reduction initiatives.