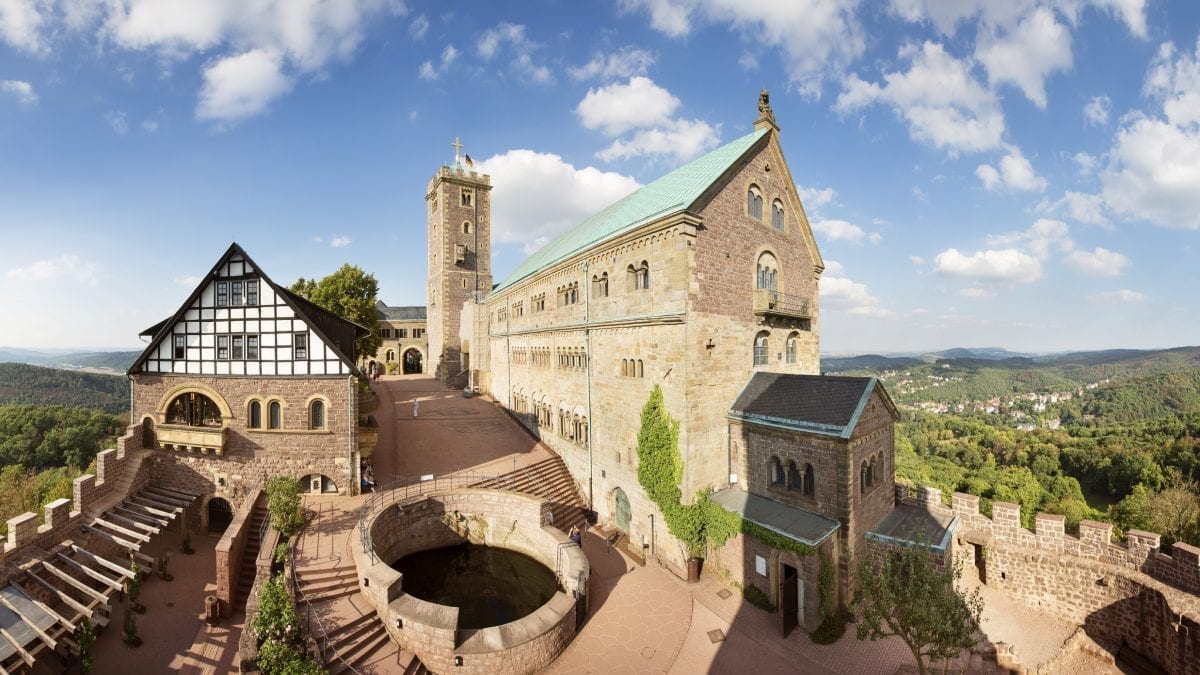 Few historical events have changed Europe as greatly as the Reformation did. A social earthquake, with epicentres in Wittenberg, Zurich, Geneva and many other places, it stirred up relationships everywhere. The momentum carried it out from Europe to other continents, shaping cultures and religions.

As of November 2016 the European Roadmap will forge a bond between these different places. In May 2017 the route will wend its way to Central Germany and end up in Wittenberg at the World Reformation Exhibition. Cities in the Netherlands and Hungary, in Slovenia and Ireland will be way-stations, as will Rome, Augsburg, Worms and Wartburg.

Each stop-over will last 36 hours: regional and ecumenical partners will invite people to a festive occasion with numerous activities, in order to discover traces of Reformation history in the local area. A fresh staging of events will bring the past to life. Personal narratives will testify to present-day Reformation viewpoints. Each way-station will pass on a memory to the World Reformation Exhibition in Lutherstadt Wittenberg.

The legacy of the Reformation touches the lives of over 400 million Protestants all over the world. Since the start of the Luther decade in 2008, the GNTB has promoted the upcoming anniversary in key source markets with strong links to the Reformation, such as the Netherlands, Switzerland, Scandinavia, Hungary, the USA, Canada and also South Korea. To tie in with the ‘Reformation and Music’ theme, the GNTB highlighted the 800th anniversary of St. Thomas’ choir in 2012, and to accompany the 2015 theme ‘Reformation – Image and Bible’, the GNTB launched various initiatives commemorating the 500th anniversary of the birth of Lucas Cranach the Younger. In running these campaigns, the GNTB works together with the ‘Luther 2017’ coordinating office, the Evangelical Church in Germany (EKD), the tourism organisations of the federal states and the main towns and cities in Germany with historical links to Luther.

The road map starts in Geneva on November 3 and concludes in Lutherstadt Wittenberg on May 20, 2018, taking in Vienna, Prague, Rome, Venice, London, Dubai, Berlin and a whole host of other cities en route.

For details of the schedule visit the Reformation 2017 website.

Dresden: Where Nature and Pleasure Meet