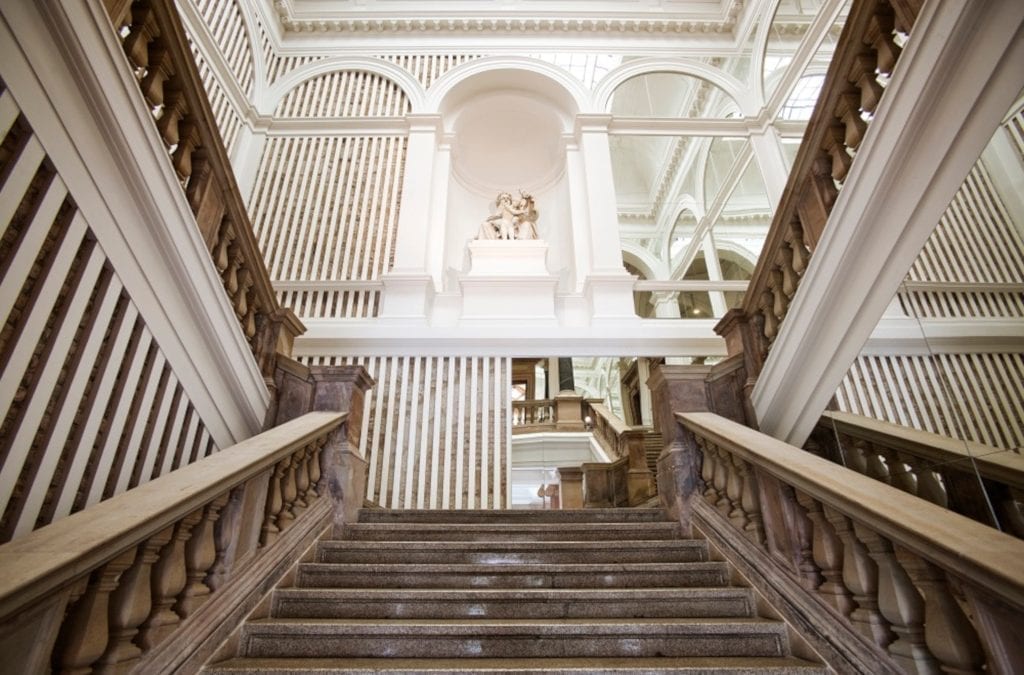 Some splendid openings, a new modernist quarter and a few all-time favourites sprinkled with a generous dose of Bauhaus spirit – Saxony and Thuringia are getting ready for an inspirational travel cocktail 2019.

In April, all eyes are on Weimar when Thuringia kicks off its celebrations of the Bauhaus centenary with two major museum (re)-openings in one weekend (6/7 April 2019): The new Bauhaus Museum Weimar, which serves as a hub for Weimar’s emerging “Modernist Quarter”, will house 13,000 objects of the world’s oldest Bauhaus collection and is much more than just a display of objects. Revolving around the question “How do we want to live together?”, it aims at re-interpreting the history of Bauhaus, showing that it was more than “just a design school” but a springboard for new technologies, materials and ideas for a new society that are today as relevant as 100 years ago.

Also part of the town’s “Modernist Quarter”, Weimar’s Neues Museum re-opens with a new permanent exhibition on “Van de Velde, Nietzsche and Modernism around 1900”, highlighting the years before the foundation of the Bauhaus in 1919 when luminaries such as Harry Graf Kessler and Henry van de Velde came to Weimar to pave the way for early modernism. For a cultural outing with a difference, all sportive art and design buffs should put 28 April in their calendars when the “Bauhaus Marathon” invites runners to include cultural “time-outs” en route to experience Bauhaus moments at various sites in and around Weimar. Only the actual running time will be measured and anyone not up for the full distance, can also opt for a half-marathon.

Of Bach and Bauhaus

The Bauhaus also comes into play for the “Thuringian Bach Weeks” (12 April to 5 May 2019). Each year, the festival celebrates the region’s most famous son, Johann Sebastian Bach, and the 2019 edition will contrast Bach’s baroque compositions with musical works of the early 20th century: Titled “Bach, the engineer” the three-week festival in historic venues throughout Thuringia highlights the great composer as a master of functionality and structure and as a composer who could be seen to foreshadow the ideals of the Bauhaus in a musical sense in his great cycles. For more classical music highlights, the “Liszt Biennale” (5 to 10 June 2019) highlights Franz Liszt’s work under the headline “Pain and Passion” in various venues, including Erfurt Cathedral or Wartburg Castle in Eisenach.

Over in Dresden, the year’s first major exhibition of Staatliche Kunstsammlungen Dresden, opening in March 2019, also takes its cue from the Bauhaus centenary: “Visionary Spaces. Kandinsky, Mondrian, Lissitzky and the Abstract-Constructivist Avant-Garde in Dresden 1919 – 1932” (2 March to 2 June) is embedded in the 100th anniversary celebrations of the founding of the Bauhaus and sheds light on Dresden’s considerable contribution to the advent of the modern age. Staatliche Kunstsammlungen Dresden, one of the most important art collections worldwide with 15 museums, is furthermore set for a number of splendid events:

With the opening of the reconstructed state apartments in Dresden’s Residenzschloss (Royal Palace) in September 2019, visitors can look forward to some magnificent new museum spaces. The state apartments were created by Augustus the Strong on the occasion of his son’s wedding in 1719 and the opening commemorates the 300th anniversary of this event. Five of the ceremonial halls and historical rooms are being restored to their original state and the grand spaces will feature many original items, including an impressive imperial bed.

Another extensive renovation project of Staatliche Kunstsammlungen Dresden will come to an end in December 2019 when the Old Masters Picture Gallery is set to re-open in its entirety. The gallery will then feature a completely new permanent exhibition including the “old” favourites and world-famous masterpieces such as Raphael’s “Sistine Madonna” or Rembrandt’s “Ganymede”. The exhibition will also feature the museum’s outstanding pre-1800 sculpture collection in a new, integrative way to showcase the mutual relationship between painting and sculpture. The renovation of the Gallery’s east wing has already been completed and the collection is currently on show there.

For musical “Visions”, put Dresden Music Festival (16 May to 10 June) in your diary. In the 40 years of its existence, the four-week music bonanza under the artistic directorship of Jan Vogler has made a name for itself as one of the most innovative and diverse music festivals worldwide. The 2019 programme commemorates the Bauhaus centenary, featuring visionary precursors of music as well as works inspired by the Bauhaus movement, including a reconstruction of Oskar Schlemmer’s “Triadic Ballet”.

On the agenda are, among others, the Vienna Philharmonic, Staatskapelle Berlin, Anne-Sophie Mutter, Yo-Yo Ma, Joshua Bell or Eric Clapton. More music? Then don’t miss another visitor favourite in neighbouring Leipzig from 14 to 23 June: The annual Bach Festival in the city where Bach lived and worked from 1723 until his death focuses on Bach the court composer, with works he wrote as organist and concertmaster in Weimar, as Kapellmeister in Köthen and while freelancing for the courts of Dresden and Berlin.

More information on Saxony and Thuringa

The Cultural Heart of Germany is a tourism initiative of Saxony Tourism and Thuringia Tourism.