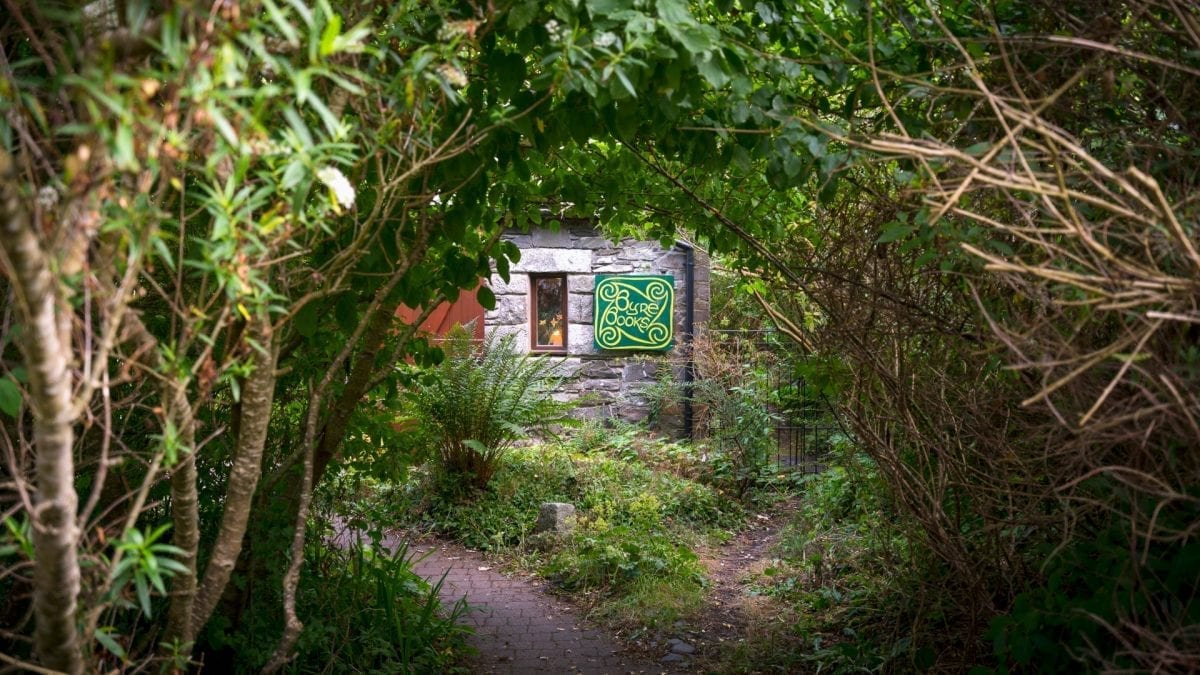 Scotland’s literature festivals are world renowned, attracting authors and audiences from across the globe. And as the Edinburgh’s International Book Festival 2019 celebrates another successful year, demonstrating our enduring love for the written word, we look ahead to what else is in store over the coming months across Scotland, to stir up the imagination of the avid reader, both young and old.

With a host of inaugural festivals coming onto the scene this year, alongside the well-established stalwarts, this year’s line-up is guaranteed not to disappoint.  Featuring a line-up of big names and an eclectic mix of special events, VisitScotland has rounded up festivals celebrating our love of a good read this autumn.

The New Lanark World Heritage Site’s inaugural book festival will transport kids of all ages into the magical world of literature. Scotland’s award-winning children’s authors Chae Strathie & Keith Charters will host interactive, fun and engaging sessions, bringing their colourful characters to life through their whimsical and hilarious stories and adventures.

If south of the border this Autumn, try the Cheltenham Literature Festival.

A new edition to the festival calendar, Scotland’s first focusing on myths, legends and dark history will take place in Upper Nithsdale, Dumfries & Galloway. Inspired by the area’s stunning natural beauty and colourful tapestry of history and legends, your senses will be stimulated by the unique aspects of this enchanting setting through storytelling, art, tours and trails. The festival will span across a number of locations including Crawick Multiverse, A’ the Airts, Wanlockhead Museum of Lead Mining, the dramatic Kirkconnel Hills and historic streets of Sanquhar.

Now in its eighth year, Bloody Scotland attracts writers and audiences from around the world with its thrilling programme and this year will be no exception.  It’s headline event is not to be missed with acclaimed crime writer Ian Rankin under the scrutiny of self-confessed crime fiction fan, First Minister, Nicola Sturgeon.  Taking place in venues across Stirling, other highlights of this year’s programme includes the world’s favourite thriller writers, David Baldacci, Icelandic queen of crime Yrsa Sigurðardóttir and straight from everyone’s favourite game show Pointless, Richard Osman, who will be releasing his first crime novel, The Thursday Murder Club, next year.

Held in Wigtown, Scotland’s National Book Town and home to a wide range of independent bookshops, the festival is an established and celebrated feature in the Scottish literary calendar attracting many big names. For ten days Scotland’s National Book Town buzzes with book events as well as theatre, music and special events in quirky venues. A dedicated Children’s Garden will host specially created events for younger readers. This year, look out for The Street Writer, Luke Winter who will be writing stories for strangers and literary agent, Jenny Brown will be on hand for writers to pitch new work and seek advice.

Over the weekend in October, in the coastal suburb of Edinburgh, festival organizers aim to capture the make-up of the local community, their experience and interests through their diverse programme which will be announced in early September. The festival’s line up will be designed to bring together a distinctive mix of subjects, writers, commentators and readers, creating an atmosphere that is convivial and stimulating.

A celebration of the oral tradition in Orkney, this annual event brings together local and invited storytellers from across the globe. Warm yourself by the fire as experienced storytellers delve into imagined worlds with tales exploring the history and heritage of the islands. With events held in venues across Orkney, the festival’s eclectic 2019 programme has a truly international flavor, welcoming local storytellers from the likes of Scotland, Ireland, the United States, Canada and Africa.

One of An Lanntair‘s flagship cultural events, the festival draws audiences and acclaimed authors and performers from all across the UK. This year’s theme, Human Nature, will draw out extraordinary tales of humanity and landscape. Featured authors include: Niall Iain Macdonald on his three dramatic solo attempts to row across the Atlantic; land-artist Julie Brook on the philosophy behind her dramatic, elemental sea fire-stacks; a celebration of the life, photography and film of the American anthropologist Margaret Fay Shaw; and much more. The festival will open with an exclusive script-in-hand performance of Alan Bissett and sruth-mara’s new theatre adaptation of Alastair McIntosh’s extraordinary Lewis-set book, Soil and Soul.

Taking place all across the country, Book Week Scotland is a celebration of books, reading and all things literature, not to mention a great excuse to get lost in a great story. Organised by the Scottish Book Trust, it encourages people of all ages and walks of life to come together in libraries, schools, community venues and workplaces to share and enjoy books and reading. They will be joined in this celebration by Scotland’s authors, poets, playwrights, storytellers and illustrators to bring a packed programme of events and projects to life.

From Magna Carta to Punk at Lincoln Castle