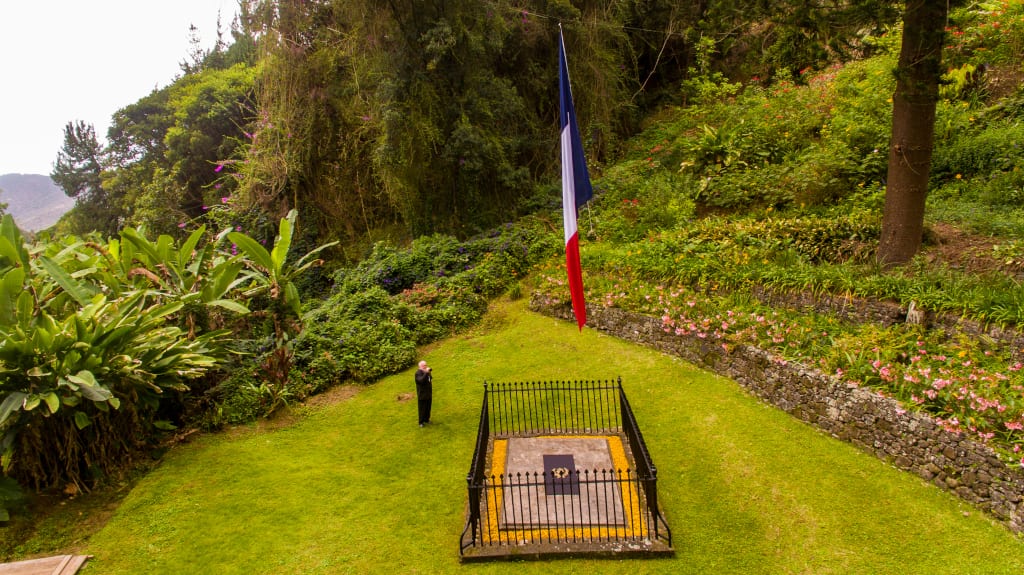 5 May 2021 marks the bicentenary of the death of Napoleon Bonaparte – an important date for St Helena, the second most remote inhabited island in the world, located in the middle of the South Atlantic Ocean. Having been exiled to St Helena in 1815 after his defeat at the Battle of Waterloo, the famous military general and emperor of France, Napoleon lived on the island until he died in 1821 at the age of 51.

In 1815 the British Government selected St Helena, an British Overseas Territory, as the place of detention of Napoleon I of France. He was brought to the island in October 1815 and lodged at Longwood, where he died in May 1821. It took ten weeks for HMS Bellerophon to get to the South Atlantic island and it soon became clear early on that any hope of escape – and there were plans – would be extremely slim.

During this period, the island was strongly garrisoned by regular British regimental troops, local St Helena regiment troops, and naval shipping. The British had Napoleon constantly under watch and the sight of an approaching boat would signal some 500 guns to be manned. Evidence remains today of the fortification of the island to ensure Napoleon did not escape.

The programme of commemoration will begin at Napoleon’s last resting place in the beautiful grounds of Longwood House at exactly the time of his death on 5 May at 5:15pm. The ceremony will consist of readings and music and the lowering of the French flag to half-mast.

The remote volcanic island has remained COVID-19 free during the global pandemic and is now opening its borders for visitors once British regulations allow. The island is steeped in rich history, boasts a number of exhilarating walks over diverse and challenging terrain, is a haven for birdwatchers, stargazers, divers, sailors and sports fishermen – and is home to a pod of resident dolphins who make a regular appearance in the bay around the Capital Jamestown.

Flights are now running once a month from London Stansted with Titan Airways. For more information see www.titan-airways.com.

For more information on St Helena and the Bicentenary of Napoleon visit: www.sthelenatourism.com and www.napoleonsthelena.com. Events will be live streamed from St Helena on www.napoleon200.org.