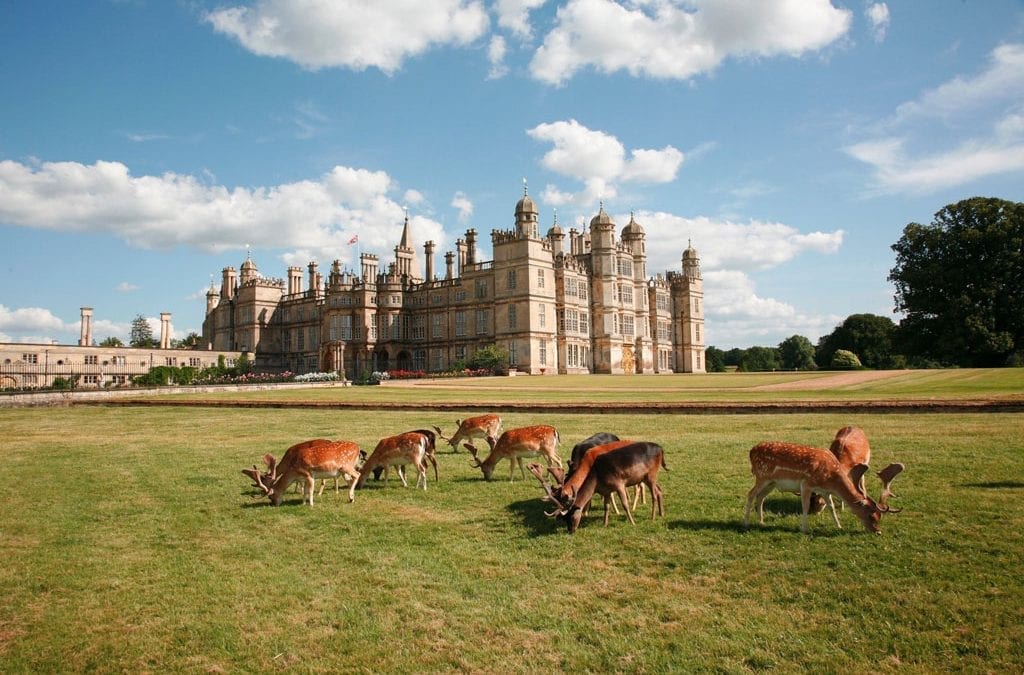 Star Wars comes to England’s greatest Elizabethan house in 2018 as part of an out of this world exhibition, while new season highlights also include a fresh look to the summer Film Festival, the return of an autumn light spectacular and an extra bit of bedlam.

As well as new exhibitions Burghley, on the edge of the Georgian stone town of Stamford, is also set to bring some fresh twists to annual favourites, while its popular added-value ticket, including free return visits throughout the same year, will again be available.

Star Wars fans will be in Jedi heaven at Burghley’s 2018 exhibition in the Sculpture Garden, thanks to a full-scale replica model of a Star Wars TIE Silencer spacecraft. Stamford inventor and YouTube sensation Colin Furze has made the full size replica of Kylo Ren’s fighter from the latest Star Wars film, ‘Star Wars: The Last Jedi’, using only parts sourced from EBay.

It hit headlines after being briefly previewed late last year in the parkland at Burghley, but the model will now go on display as the star attraction of the new ‘Otherworldly’ sculpture exhibition in the Sculpture Garden from May to October. Exploring the surreal, strange, magical, cosmic and interplanetary, other exhibits include a helicopter-ish UFO, a giant origami rocket ready to launch from the ice house and a man polishing the moon.

Returning again for the summer are five days and nights of fabulous film when the Burghley Film Festival (25-29 July) transforms the South Garden into an outdoor cinema – with the Tudor house and Capability Brown-designed parkland providing a spectacular backdrop to the Big Screen. New for 2018 will be a street-food market-style area offering filmgoers a host of foodie treats alongside top movies, timeless classics and family favourites during daytime and evening shows.

For the autumn, ‘Twilight at Burghley’ (3-6 October) builds on the success of 2017’s inaugural event when once again the House will be floodlit and visitors serenaded by musicians as they turn back time and become evening guests to explore a grand historic house at twilight, while the popular Spooky Tours return 17 – 31 October.

Christmas at Burghley will have a new look too for 2018. Alongside the Fine Food Market there will be a wider range of goods on sale in the Christmas Crafts, as well as more festive log cabin stalls dotted around the cobbled courtyards.

And the extra bit of bedlam? In the 17th century a gentlemen’s drinking club known as the ‘Honourable Order of Little Bedlam’ was based at Burghley with an eclectic mix of members including Sir Isaac Newton, the Dean of Windsor and the artist Antonio Verrio, who painted the House’s magnificent Heaven Room. Each member was given an animal nickname and their namesakes are hidden in the background of many of their portraits, which hang in Burghley’s Billiard Room.

For 2018, a new member will join the portrait club after a painting was aquired to hang on the oak-panelled walls surrounding the billiard table made from the timber of an 18th century sunken warship. It shows Charles Bertie (1674-1730), a grandson of the 2nd Earl of Lindsey and a landowner and politician who lived at Uffington House, which stood a three miles away from Burghley until it was destroyed by fire in 1908, and who is recorded as ‘Stag’ in the list of members of the Order of Little Bedlam dated 1704.

For full details of opening times, all events and to book online tickets at discounted prices, visit www.burghley.co.uk or telephone 01780 752451.