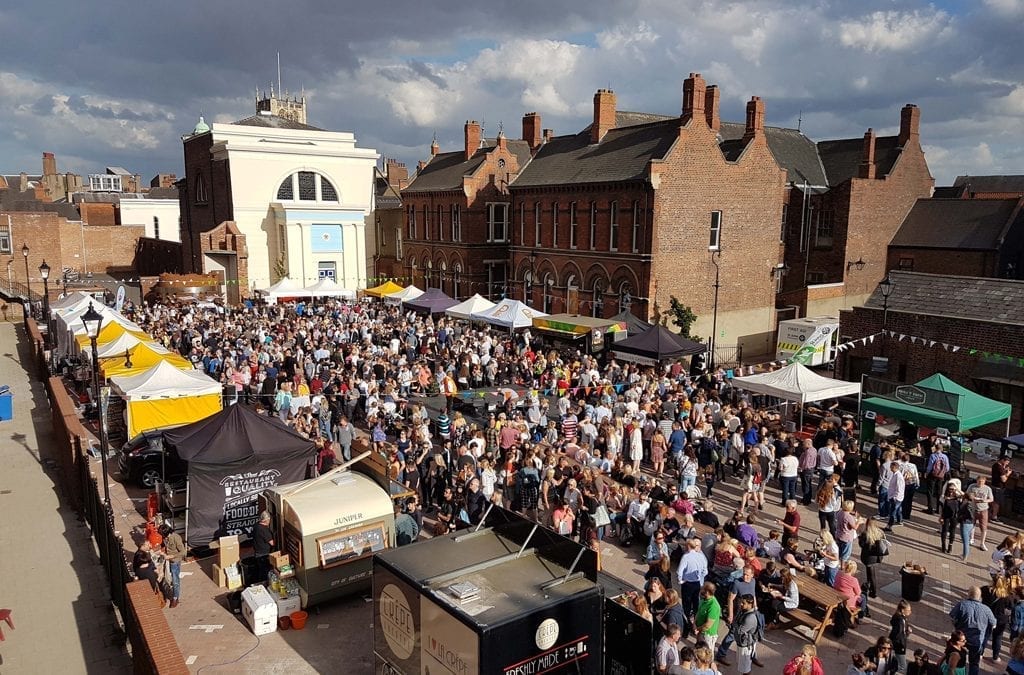 Mark Bibby Jackson Posted on 9th May 2018
Fresh from its UK City of Culture success of 2017, Hull is currently not only seeing major regeneration and a big boost in visitors, but also the creation of a thriving local food and drink scene.
‘Made in Hull’ is fast becoming an emerging theme for the city, with restaurants, gourmet street food, gin distilleries and microbreweries joining an already well-established Ale Trail taking-in historic pubs, particularly in the medieval and picturesque Old Town.
Offering a showcase for the city’s rapidly growing local food scene, the award-winning Hull Street Food Nights, funded and organised by HullBID, are back for 2018 – with food, drink and music combining in a nighttime street festival featuring scores of stalls. 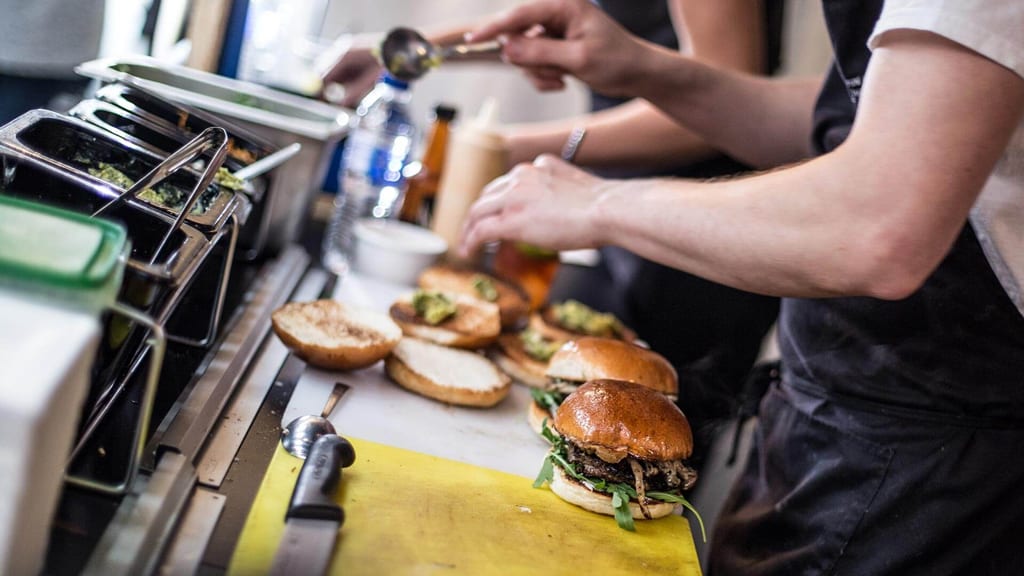 Held on one Thursday each month until September, the Street Food Nights – which recently clinched a 2018 Remarkable East Yorkshire Tourism Award (REYTA) for the best Small Tourism Event – have grown in both size and popularity.
Around 40 high-quality local food vendors and a host of bars turn Zebedee’s Yard and Trinity Market in Hull into a nightime piazza with deckchairs, bistro tables and chairs, all decorated with strings of lights. With free entry, there is plenty of entertainment too, ranging from a DJ and live music to street artists; while local bars on Princes Dock Street and the Old Town also serve hot food, alcoholic and soft drinks during the Food Nights.

For more ideas on what to do in Hull, read: Hull, a Surprising City of Culture.

The event offers further evidence that Hull is fast earning a reputation for gourmet street food, and among the top producers who take part are Hull-based KerbEdge and ‘Shoot The Bull’. But for anyone who misses out on sampling their street-style menus at the monthly festivals, both producers are also at the forefront of the growing number of restaurants and pubs offering top-rated menus.
KerbEdge – founded by Adam Bryson after a trip to the burger joint in New York hidden behind a velvet curtain in an upmarket Manhattan hotel – reckons they offer the “best burgers this side of the Atlantic” and takes its food to events and festivals nationwide “pichin’ and flippin’” from a restored Citroen HY van, called Cyril.
But KerbEdge also runs the kitchen at the Head of Steam pub, a five-minute walk from Hull Train Station, which is also known for its rotating craft beers plus cask ale beers from the Yorkshire & Humber area.
‘Shoot The Bull’ built its reputation by taking its ‘Gastro Pop-up’ on the road, but has been so successful that is has opened its own pub, The Old House – housed in Hull’s oldest domestic building – plus a coffee shop, Riverhouse Coffee Co. close to Hull’s Museum quarter. Chef Chris Harrison worked in award winning and Michelin starred restaurants across the country, including Heston Blumenthal’s The Fat Duck, and came to Hull to work at the 1884 Dock Street Kitchen before founding Shoot The Bull.
For more of a flavour of the city, head to the regenerated Fruit Market area, where the city’s old fruit warehouses on Humber Street offer an array of restaurants and cafes, including a rooftop bar at Humber Street Gallery, with views across Hull Marina.
For gin lovers, the nearby Humber Street Distillery, Yorkshire’s first gin bar and distillery, offers a range of over 100 gins plus local and international craft beers, while the narrow rooms and cobbled corridors in the historic pubs of Hull Old Town, where many of the city’s Ale Trail hostelries can be found, include Ye Olde Black Boy, which dates back to 1729, and The Lion and Key, distinctive for its beer mats that festoon the ceiling.
For beer lovers, Hull’s very own Atom Beers – another 2018 REYTA shortlisted company – combines a passion for beer and science. Blending scientific principle, brewing knowledge and raw enthusiasm, it has a big focus on science and education; running weekly two-hour brewery tours for the public and educational tours for school groups, as well as being actively involved in scientific research, collaborating with Hull University. Not surprisingly their crafted beers have a distinct scientific feel, from Schrodinger’s Cat, brewed to be low in alcohol, but full in body; to Quantum State, light, drinkable and full of citrus flavour; and Pulsar, a classic German pilsner modernised by new age hops.

For more information on Hull Street Food Nights, see https://en-gb.facebook.com/hullstreetfoodnights/. For more details of events, places to stay and eat and things to do in Hull: www.visit-hull.com.