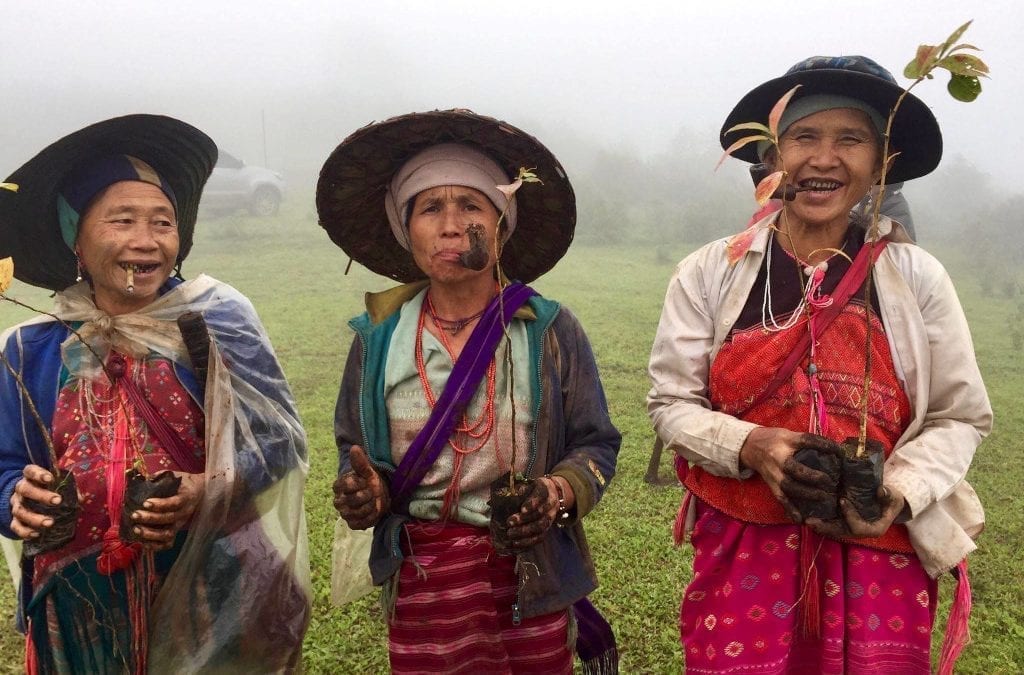 The Tuk Tuk Club founder told Travel Begins at 40 that the award in the Community-based tourism sector of the prestiguous annual awards was a welcome reward for all the hard work put in by his team.

“We were hugely honoured to have our commitment to the communities and people we visit and spend time with on our adventures acknowledged by coming second in the recent Responsible Thailand awards,” said Haxton. “Respect for the country, culture and people of Thailand underpins everything we do and for the efforts of the whole team to be recognised provided a little joy in what’s been a very tough year for everyone on the travel industry.”

Working with the community is hotwired into the DNA of the Tuk Tuk Club, which runs trips ranging from one to eleven days from its base just outside of Chiang Mai in northern Thailand.

“It’s founded on ensuring that everyone we deal with, every community we spend time in, every local ‘supplier’ we use is supported, listened to, respected, helped and therefore benefits from our travellers spending time with them.

“Our three-day adventure includes a night camping just outside a Karen village up in the mountains near Mae Sot, which was set up through working with a local Karen friend who lives in the community, helping him get everything established so it was right for our travellers, and then also helping as he grows this opportunity for his own travellers – not just people from The Tuk Tuk Club.

“It’s been fantastic to be a part of and see him develop and deliver income to others in his community – for me exactly what travel can and should be all about.”

With the massive downturn in tourist numbers to Thailand, Haxton says that The Tuk Tuk Club will continue to focus on longer trips.

“I think it’s going to be a long time until we see the volumes of travellers coming back to Thailand that one-day trip operators need to make them viable financially. However, the longer trips don’t require huge volumes – and are, in my opinion, the best way to experience this part of the world.”

According to Haxton, after a tricky 2020, bookings are looking relatively strong through to February, especially with expats from Bangkok looking for family trips. The Tuk Tuk Club also has a list of people “dying to book with us once they know that can actually get into Thailand”, he adds.

For 2021, Haxton and his team are introducing a new seven-day tour that will allow travellers to visit the aforementioned Karen village.

“The village where we spend nights five and six is mind blowing – probably the most remote place I’ve been up here,” says Haxton. “It is an incredible experience for travellers to see what remote mountain life is really like. And staying at the village also supports the elephants that they look after in the forest and ensures that those elephants don’t end up down in the valleys being rented out to camps.”

More Flights to Morocco from February