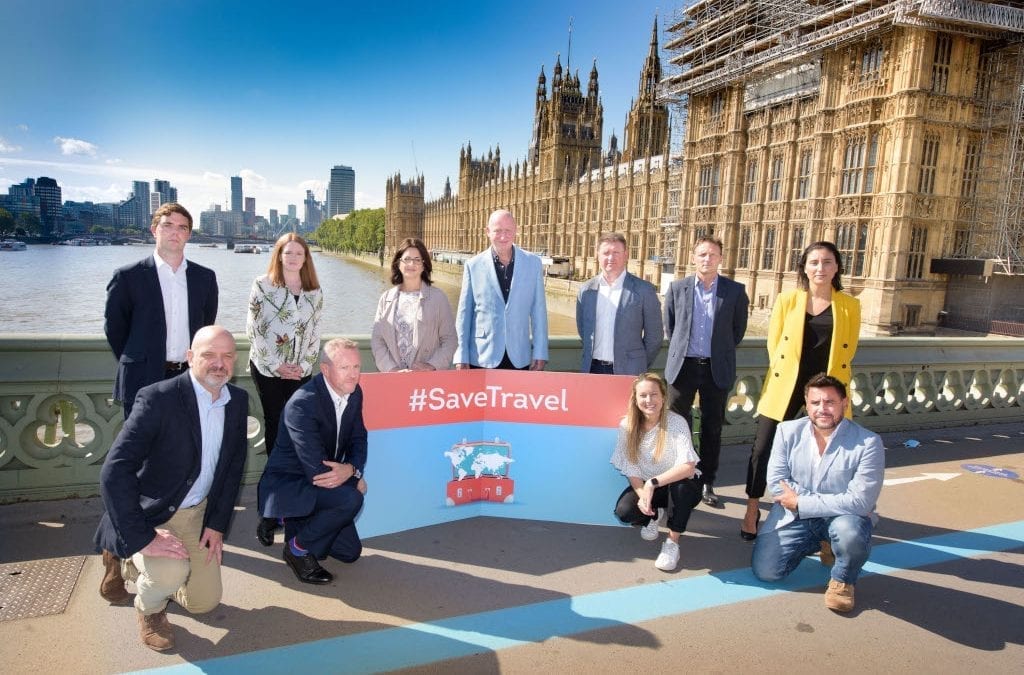 On 1 September, leaders from across the travel industry gathered to call on the UK Government to urgently act to save hundreds of thousands of jobs in the UK travel industry.

Lead by Sophie Griffiths, editor of Travel Trade Gazette (TTG), the world’s very first weekly travel trade newspaper, senior figures of the travel industry united to deliver a letter to the offices of the Department for Transport and The Treasury in a bid to #SaveTravel.

Sophie Griffiths, Editor at TTG, “By delivering the #SaveTravel letter to government today, signed by more than 11,000 travel professional and concerned consumers, we have said ‘enough is enough’. Hundreds of thousands of jobs in the outbound and inbound travel sectors are now on the line, and the sector needs urgent, specific financial support – as well as a workable alternative to 14-day quarantine and countrywide travel bans – if we are to prevent the failure of countless more travel companies over the coming months.

“Time is running out for travel companies which have had to pay out millions in refunds and now have little hope of significant income until next year. The economic case for enabling a meaningful return to overseas travel, and for preventing widespread redundancies in the sector, is clear. The government must act now to #SaveTravel.”

Julia Lo Bue-Said, Chief Executive at Advantage Travel Partnership, said, “From an industry point of view we absolutely need to get sector specific government support. We need to show the importance of the industry, including sectors such as business travel, and the employment and economic benefits that the sector contributes.”

Gary Lewis, Chief Executive at The Travel Network Group, also commented, “It is important that any and every route is explored to getting the message over to the government around the seriousness of this issue for both outbound and inbound travel. Priority we believe is for government to support a clear testing regime that enables blanket quarantining to stop and safe travel to happen for all customers. A testing regime, through airports, a move to regionalisation of risk and government support for the airport and airlines to implement testing is essential to bring customer confidence back.”